Uncovering the surprises of Cambodia

It’s a country that welcomes foreign investment, with a direct business culture, booming growth and an enthusiastic market for new products. What is this Southeast Asian powerhouse? Even those familiar with the region would not necessarily guess Cambodia.

Often overlooked among the Association of Southeast Asian Nation’s (ASEAN) 10 member states, businesses can reap rewards if they take the extra short flight and make an effort there. 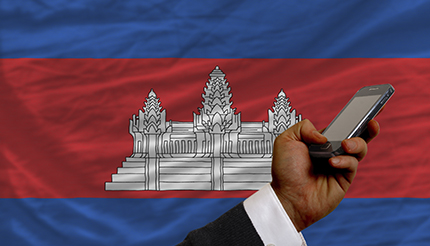 Asia Clean is one of several Canadian companies that visited Cambodia on a trade mission in early 2015  and found a warm reception there. Organized by the Canadian Trade Commissioner Service (TCS), the mission turned heads, says Watanabe, noting that the little-known country is particularly appropriate for off-grid solar LED street-lighting as well as leak-detection technology for underground water pipes offered by the companies he represents.

Cambodia has a population of 15 million people, young and well-educated with an emerging middle-class and widespread use of English and French. Strategically positioned in the centre of the Mekong region, it has a deep sea port and three main airports that offer easy links to the capital cities of Asia and beyond. GDP growth in Cambodia is forecast to reach more than 7 percent this year and next. Its economy is still largely based on agriculture, although with its status as a Least Developed Country, Cambodia’s industrial cornerstone is garment manufacturing.

Trade between Canada and Cambodia totalled $835 million in 2014, the vast majority are imports of apparel and footwear to Canada, the sixth-largest destination for Cambodia’s goods. Canada’s exports to Cambodia meanwhile were valued at $7.6 million, a 46 percent increase from 2013, with key areas including machinery, textiles, plastics and cars.

Recognizing the business opportunities for Canadian companies in Cambodia and the overall importance of the ASEAN region, the Government of Canada has opened a representative office in the capital of Phnom Penh in September 2015 to support commercial and bilateral relations between the two countries. The office, headed by Chargé d’Affaires Francis Huot, is focused on the overall Canada-Cambodia bilateral relationship, the promotion of bilateral trade and investment and provides consular services to Canadians in the country.

Bunleng Men, Canada’s trade commissioner in Cambodia, who for more than 20 years has helped Canadian companies get established in the country, says that most business people who go there for the first time are surprised at the ease of entry, supportive business environment and hungry market they find.

“Buyers are quite motivated and keen to connect with outside parties bringing something new they need,” he says, noting that Canada’s presence and extra resources on the ground there will especially help facilitate business for SMEs. “It creates a competitive advantage for our companies.”

Men notes that “with an ASEAN economic community established as of December 31, 2015” Cambodia has become much more than a country of 15 million consumers.  Larger Canadian pioneers in the country such as Manulife and the National Bank of Canada have been joined by an increasing number of SMEs that recognize its market potential. They especially get involved in joint ventures, partnering with local groups and transferring Canadian technology and know-how there.

Men notes that English is commonly spoken in business there and French is also an asset for Canadian companies. Many senior officials and executives speak French in Cambodia, which is part of the Francophonie.

The Cambodian government’s pro-business stance results in very low barriers to foreign investment, and it has little red tape. However, corruption remains a significant concern in the country, which ranks high on corruption perceptions index. Other challenges include relatively weak rule of law and enforcement and a lack of professional practices.

Martin Desautels, a Canadian who is managing partner of DFDL, a firm of legal and tax advisors with 13 offices in Southeast Asia, says there is increasing interest in Cambodia among Canadian companies. DFDL has located its head office in Phnom Penh and is one of the founders of the new Canadian Chamber of Commerce Cambodia, which will help promote trade and investment links between the two countries.

Desautels says that Cambodia has been called an “Olympian of growth” by the World Bank. The country’s advantages include its dollarized currency, the lack of foreign exchange controls, its competitive tax structure, low costs, excellent manpower strength and the ease of getting visas and work permits, he says. Cambodia’s “straight-up” business culture means “you know quite quickly if the people you're dealing with are interested or not,” Desautels comments. “You’ll feel it quite quickly if you’re wasting your time.”

Challenges include the fact that Cambodia is a small market, rules can be difficult to navigate, it can be hard to find middle-management staff and physical infrastructure improvements are needed, Desautels says. “As in any developing country, there’s construction everywhere.”

Opening an office in Cambodia allows companies to service consumers in the country but also gives them a foothold in Southeast Asia and should be considered part of an integrated approach in the region, he notes. This is especially important given Cambodia’s openness and the pace at which foreign businesses can start there, which he says is second only to—and sometimes even faster than—Singapore. “Things happen quickly.”

Ravi Periasamy, co-founder and CEO of BeeDoo Cloud Services Corp., found that out during and after the TCS trade mission to Cambodia earlier this year. The Vancouver company specializes in cloud-based collaboration as a service, which integrates corporate message and cloud storage for business users to easily and securely store, share, communicate and collaborate. Periasamy left the country with expressions of interest from three telecommunication companies and shortly after BeeDoo signed non-disclosure agreements with two of them, even though the company had yet to formally set up an operation in Cambodia.

“What would have taken me five or six trips to do we did in just one,” Periasamy says. “It threw me for a loop. I didn’t expect it to be so fast. It’s very exciting to be in the market at an early stage.”

The direct nature of business in Cambodia meant that Periasamy almost immediately got an answer from the third telecommunication company, saying that it wasn’t interested, he recalls. “That in itself is a big help.”

The fact that Cambodia is a smaller market where major companies don’t dominate is good for SMEs like BeeDoo, Periasamy points out, while the country’s advanced ICT infrastructure and the fact that it can act as a stepping-stone in the burgeoning region are helpful. The young, well-educated population is a perfect fit for BeeDoo, he says, although the company will have to work hard to find and train software engineers there.

The TCS has been particularly useful in giving the company local knowledge, data and background about different markets all around ASEAN, Periasamy says, as well as strategies to deal with the different languages, cultures, business structures and of course potential clients there.

“Being introduced by the Trade Commissioner Service provides legitimacy. It shows I’m not a fly-by-night operator,” he says, noting that it’s important to be seen as a serious, local company. “It means we’re not just going to walk away on them if things don’t work out to our satisfaction.”

The TCS provides a lot of “hand-holding” in Cambodia, he says, and “definitely accelerates things,” he allows. For example in meetings, “if I go with a trade commissioner I can cut the initial ‘get-to-know-each-other’ phase by half.”

He says that it’s important to have trust but especially establish a “personal connection” among Cambodians, by visiting the country often and putting faces to names. “And be prepared to move quickly.”

Watanabe agrees that “it’s very important to show up on a regular basis,” establishing relationships and a presence in Cambodia as well as following up. However, patience is as critical as persistence. “You’re not just going to make a quick sale and run.”

He advises that as Cambodia is a developing country, you should stress Canada’s strengths in areas such as poverty reduction, environmental protection and overall capacity building. Innovative clean-tech solutions are particularly applicable in Cambodia, with its uneven electrical supply and water shortages.

Asia Clean has especially taken advantage of the services that the TCS provides in Cambodia, he says. Trade commissioners take time to understand the technologies it represents, finding matches for the company and brokering meetings with potential partners and clients. “Things like that are incredibly invaluable.”

Desautels suggests that the TCS should be “the first port of entry” for companies looking for what to do and how to avoid pitfalls in Cambodia.

Business people there “want to see you committed to the country,” which means putting people on the ground to show you’re serious about your investment, he adds. “If you fly in and fly out and think you have a deal, it doesn’t work that way.”

The Government of Canada has also opened a representative office in Vientiane, Lao People’s Democratic Republic or Laos, in September 2015. The Canadian Trade Commissioner Service is now represented in all ASEAN countries. For more information or assistance relating to Canada’s presence and operations in Lao PDR, contact Lee-Anne Hermann, Senior Trade Commissioner.