Hollywood’s film and television industries have long beckoned to companies north of the border that create and contribute to products for screens big and small. Today this siren call also reaches those Canadian companies making entertainment content for the tiniest screens imaginable, as Los Angeles has become a centre for high-quality digital media, including computer graphics, animation and virtual reality (VR) technology. 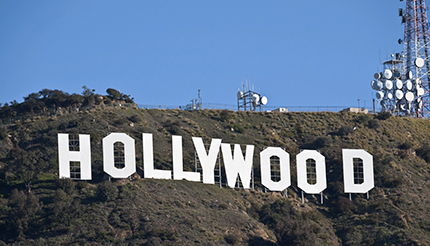 There is stiff competition in Hollywood, but with considerable talent in these high-tech fields Canadian companies are well-suited to pursue the area’s burgeoning opportunities. Innovation, perseverance and the support of the Canadian Trade Commissioner Service (TCS) are giving Canadian companies a leg up in the Los Angeles digital entertainment scene.

“It’s a star system, and you have to be able to build your name and reach the big guys who want the best quality possible,” says Denis Doré, president of Squeeze Studio Animation. The Quebec City-based company, which specializes in high-end video game trailers and in-game animation, has just released its first original animated TV series, called Cracké.

Tina Shih, a trade commissioner in Los Angeles responsible for advancing commercial partnerships in strategic technology sub-sectors such as digital media, says Canada is recognized as a world leader in video game development, animation and visual effects. For Canada, it’s an industry that employs more than 50,000 employees and generates $7.5 billion in annual revenues, she says.

The digital games segment of the industry in Canada continues to grow, she adds. With 16,500 full-time employees, it is ranked as the third-largest in the world. Canadian studios are responsible for developing one in every six top-selling console games, while many popular mobile games are also developed in Canada.

Warner Bros. Interactive Entertainment, Sony Pictures Imageworks and Disney Interactive are some of the major studios from Los Angeles that have set up operations in Canada to access the talent and vibrant digital media industry that Canada offers.

“The animation and digital effects industry in Canada is an important part of the digital economy and is world-renowned for its innovation and creativity,” she says. Canadian studios are also heavily involved in the production of commercial advertising and popular television series.

Doré, of Squeeze, and partner Patrick Beaulieu launched their company in 2011, after having worked for video game companies. They started with a small staff of five and a big goal of creating high-end computer graphics animation and a Squeeze-branded show, inspired by the success of well-known animation studios such as Pixar.

“We thought internationally from Day 1,” recalls Doré. Today, with a staff of 65, three-quarters of Squeeze’s market is global with a particular focus on Los Angeles. There, it deals with major players in the industry including Disney, Cartoon Network and Nickelodeon.

Robert Landry, a trade commissioner based in Montreal responsible for Information and Communications Technology (ICT), says the sector in Canada is “extremely dynamic.” Three of the industry’s most important North American hubs are here, in Quebec, Ontario and British Columbia, adds Landry, who focusses on interactive digital media and telecom. He says Canada’s digital entertainment industry has built a reputation that creates a natural bridge to the Los Angeles market.

Hollywood is one of the “largest funnels that everybody aims for,” Landry says. “Local competition is fierce, and competitors come from everywhere.” Companies such as Squeeze are focused on business development there, he notes.

Squeeze has developed an expertise, a solid positioning and a good track record in the crossover between animation, gaming and movies, Landry says. “They clearly identified which activities they want to internationalize then developed an approach, identified targets and adjusted their pitch for each specific line,” he says.

Meanwhile, the TCS is on the lookout for relevant opportunities, and that is a valuable resource for companies like Squeeze. The TCS helped the company agree on a vision and priority markets—among them the Los Angeles hub—and made connections there. “We are acting as an extension of their business development arm, in a way.”

Canada is an especially strong player in the growing field of VR, which is “going to quickly become a massive new industry, with so many new applications and opportunities,” he says. Augmented reality (AR) is also taking off, with games using VR and AR on phones offering “a whole new distribution platform.”

Such technologies are labour-intensive and require top talent and expertise not necessarily found in nascent offshore markets such as China, Steffler notes, so studios often look to skilled companies in the U.S. and Canada.

Smaller Canadian companies may struggle with name recognition among key customers in the Los Angeles market, he cautions. It’s important for them to foster relationships and prove that they can make quality products, offer a high degree of security and deliver on time.

“There’s a trust there that has to be built. It’s not something that happens in 30 or 60 days, it takes time,” Steffler says. “It will be a very interesting next few years for the industry, and there are a lot of big changes coming that provide opportunities for Canadian and U.S. companies.”

Shih says it’s important for Canadians looking to find success in the Los Angeles hub to be persistent, be flexible in dealing with each client or potential partner, and be clear about what they’re offering.

“These major studios in LA are being courted by hundreds, if not thousands, of companies internationally,” she says. “Canadian companies need to be very specific in terms of the value propositions they could offer to their targets, for example a unique technology that could address an issue, provide a solution, enhance or improve business.”

She says the TCS helps Canadian companies such as Squeeze by facilitating introductions to key contacts and cultivating relationships with major studios and companies in Southern California. Besides gathering market intelligence, the TCS has an extensive network of local industry executives, investors and providers of professional services that can offer valuable advice and guidance to assist Canadian companies with business development, market entry and fundraising strategies.

Landry says it’s critical for Canadian companies to be specific, niche-oriented and relevant.

“While you may be good at several things, you must emphasize something that makes you stand out of the crowd. Point to clear examples in your portfolio that show what you’ve done and where you’ve had success,” he says. “We see many examples of small and sometimes very small teams who accomplish surprisingly great results.”

“Your pitch must be clear and focused to the typical contact you need to reach,” Landry advises, getting attention with even just two or three lines. “Use your more elaborate pitch once you get your foot in the door.”

Landry cautions that small and medium-sized enterprises (SMEs) should be selective in terms of choosing trade shows to attend and do intensive preparation, in concert with the TCS.

“Ask yourself: ‘What do I do best? Where can I bring a difference? Why me, why us?’” he says. “Know your strengths, know your competition—not only on the domestic side, but in the market you are aiming for.”

For example, Squeeze has been “very strategic” in emphasizing what it does well and in differentiating itself from competitors and knowing to whom to pitch, Landry says.

Doré says the TCS is a great resource that has introduced his company to “the right people,” including leading names in the business in Los Angeles that are a good fit for his company.

Doré advises Canadian companies to be patient when approaching the Hollywood market, think internationally and stick to high-quality products rather than trying to compete with companies from countries such as India and China.

“They’re coming with prices that can’t be beat,” he explains, noting that customers in Los Angeles are looking for specialists. “If you say you can do everything, they won’t believe you—the doors won't open.”

“If you have a unique voice and something special to propose, they don’t care where you're from, they need great partners to help them,” Doré says, adding: “It’s a matter of finding as many occasions as you can to present what you do.”

It also helps that Canada is known there for being “very strong” in terms of high-quality animation, visual effects and video games, Doré notes. His goal is for Squeeze to be among the top five or 10 companies in the world in its field, Doré adds. “Each project helps us get one step closer.”