Cracking the code to India’s market

Tulmar Safety Systems was on the verge of closing its first deal in India, when something unexpected stopped it in its tracks. The barrier? A 10-character code. 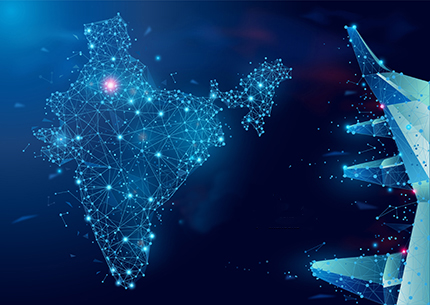 The contract was to be with Jet Airways, India’s second-largest airline. It was a crucial opportunity for Tulmar, which specializes in making equipment used to train commercial airline flight crews around the world.

Apart from the promise of a profitable partnership, the contract would give Tulmar a gateway into India’s market.

Before they could shake on the deal however, the business needed to complete a supplier’s form. A pretty standard request—except that the form asked for something no one at Tulmar was familiar with: a PAN code.

“It could have made the difference between getting the contract and not getting it,” says Patrick Phillips, Vice President Business Development, Tulmar Safety Systems.

A PAN (Permanent Account Number) code is used in India to identify businesses, individuals and families. It helps prevent tax evasion and is mandatory for most financial transactions.

For a Canadian company new to India, it wasn’t clear if Tulmar had to apply for a PAN code—or indeed, how long that would take.

This presented a serious roadblock to Tulmar. “We were in a situation where we could confirm the contract or lose it,” explains Phillips. “We had to be compliant on all fronts, with every detail.”

Tulmar reached out to the Canadian Trade Commissioner Service (TCS) for advice. Viney Gupta, trade commissioner at the High Commission of Canada in New Delhi, India—one of more than 160 offices across the world—immediately contacted experts in his network. He got Tulmar the answer it needed: the business was exempt and wouldn’t have to file for a PAN code.

Jet Airways accepted the answer and Tulmar successfully closed its first deal in India. “We were able to demonstrate our access to expertise, and the customer was impressed,” notes Phillips.

Tulmar is confident of more contracts with Jet Airways, and it plans to go after IndiGo next. Based just outside New Delhi, IndiGo is the fastest growing airline within the world’s top 100. This makes it a clear target for Tulmar, since IndiGo’s expanding workforce will need training.

Phillips expects they’ll call on the TCS again to assist with discussions with IndiGo. He adds that the TCS played a big part in doubling Tulmar’s international airline clients over the past two years.

“We’ve been successful in reaching out to the world… a good part of that was due to TCS service,” says Phillips.

Breaking into India presented a big learning curve for Tulmar, but the business has come away victorious. So what advice does Phillips have for other Canadian companies?

“It’s crucial to have someone who is credible in-country,” he stresses. “The client’s looking for you to be knowledgeable about common local business practices and the business culture of the country. That’s really important.”