Drilling ‘Down Under’ to strike new opportunities

Developing new technologies and finding buyers for them abroad can expand a company’s bottom line, especially when domestic sales slow, prices drop or demand for existing products declines. Alberta’s DrillGear Oilfield Solutions Corp. and its sister firm CalgaRIG Engineering, which design and manufacture products for drilling rigs in the oil & gas sector, have found that foreign markets such as Australia represent vast opportunities—as well as interesting business and engineering challenges. 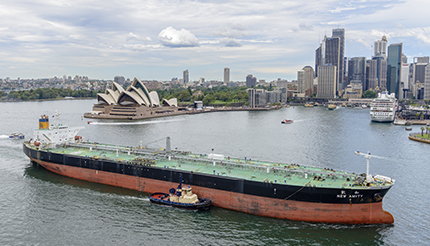 “It’s not for the faint of heart to start working internationally. You just have to be open to taking a leap of faith and you will find it very rewarding,” says Saj Shapiro, president and CEO of the two specialist engineering companies, based in Calgary.

DrillGear and CalgaRIG were started in the early 2000s with the “huge boom” in Alberta oil exploration and production, and they have steadily moved overseas as “everything has slowed down” in the province over the last decade, he explains. Today 80 percent of DrillGear’s business and 60 percent of CalgaRIG’s business is international. This includes designing and making new oilfield equipment and providing project management services for major oil & gas drilling and well-servicing contractors in markets such as Europe, the Middle East, the United States, Russia and China.

Their strategic entry into the Australian market started when Shapiro travelled to the country on behalf of CalgaRIG in 2017 and on behalf of DrillGear in 2018 as part of Canadian trade delegations attending the annual industry conference of the Australian Petroleum Production and Exploration Association, known as APPEA. There the companies were able to make connections with the help of the Canadian Trade Commissioner Service (TCS) and the Alberta Government’s Ministry of Economic Development & Trade.

John Williams, the trade commissioner who is the national lead for oil & gas as well as mining in Australia and Papua New Guinea, says that CalgaRIG and DrillGear have engaged with the TCS Regional Office in Calgary and overseas for several years. In advance of the Alberta-led trade missions to Australia, which Shapiro already had some knowledge of, meetings and introductions were set up between CalgaRIG and firms on the ground. 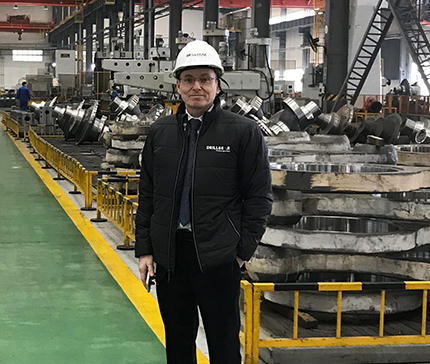 “The company is led by two experienced engineers, and this is appreciated by local contacts,” says Williams, who is part of the TCS team in Sydney but operates from Brisbane, Queensland.

Jeff Schlachter, the senior trade and investment officer for the Government of Alberta Ministry of Economic Development and Trade, says that pairing clients in Alberta with the TCS’s oil & gas network in Australia “was a textbook economic development play.”

He notes that understanding the market before coming to Australia can be a challenge, with a lack of publicly available energy industry data about it. One help is the network of Alberta expatriates who live in Brisbane and can make connections locally. “There are many great people that are willing to share their learnings, out of the goodness of their hearts to help their fellow Canadians,” Schlachter remarks.

Shapiro says that events such as APPEA can be overwhelming for participants, but “John and Jeff scheduled everything for us; it was unmatched.” He says that they “think ahead in terms of who you should be talking to…All your time is spent efficiently and effectively.”

“The support we’ve received from Jeff and John has been incredible,” Shapiro says. “They have been tireless in promoting Canadian and Australian trade and cooperation.”

Williams and Schlachter walked Shapiro through business etiquette and different equipment naming conventions. They set up “speed-dating” sessions with potential customers and found creative ways for Canadian participants to interact with Australian companies to see if there was a match with them or not.

Shapiro comments that Australians “are very similar culturally to us,” with comparable attitudes and viewpoints. Indeed, he says “they’re sort of like warm-weather Canadians,” who are hard-working, entrepreneurial and have similar outlooks on the oil patch.

Despite how much the two sides have in common, he advises that it’s better to meet face-to-face.

“It’s the case everywhere. The first thing you have to do is build credibility and trust on both sides,” Shapiro says. He advises companies in his sector to be wary of tariffs and logistics, as well as oil price fluctuations and other things that add extra costs.

Another tip for companies considering working “down under” is that “aligning yourself with representatives of the Government of Canada and Alberta really helps—and it’s comforting as well,” he says. “There are a lot of resources out there, you just have to start looking for them.”

Australia is a unique market for Canadian companies in the energy sector, as the country works to develop its energy industry and focuses on ways to improve the efficiency of its oil & gas exploration and production.

John Williams, the Canadian trade commissioner who covers the sector in Australia and Papua New Guinea, notes however that “Australia is not a low-cost market to operate in, and oil & gas not an easy sector to break into.” For example, some Canadian companies have invested there and pulled out a few years later, but more have adapted to market changes and continue to be successful.

“Companies need a business plan that will involve multiple visits over several years,” Williams advises. “Export from Canada is possible, but many companies will need a local partner and need to be ready to answer questions about how they will deliver ongoing local support if they are to be successful in winning purchase orders.”

Jeff Schlachter, the senior trade and investment officer for the Government of Alberta Ministry of Economic Development and Trade, says there are “niche needs” in Australia with regard to technologies in the sector, especially to meet environmental regulatory requirements. “Novel technologies that address remote operations, safety and offshore well decommissioning are also important,” he says, noting that “backing up claims with an Australian reference case or company is well received.”

With the downturn in the Canadian market and “idle capacity” at home, Canada’s exported technology, innovation and a “can-do attitude” among its engineers and servicing companies are “in high demand,” says Saj Shapiro, president and CEO of Alberta’s DrillGear Oilfield Solutions Corp. and its sister firm, CalgaRIG Engineering.

“There is global recognition of the experience and knowledge that Canadians have in this field,” he comments. “There’s ingenuity that we bring to the market that is very much valued internationally.”

In principle, drilling wells is the same throughout the world, he points out. “The question is, where can we take our people and know-how and put it to good use? The opportunities exist; you have to find them.”

Experts working in the field internationally “like the Canadian approach,” Shapiro says, although there is a good deal of competition and it’s important to “think outside of the box,” to be inventive and “to keep reaching out for new deas.”

Schlachter says it’s important to “understand the nuance of Australian business culture and the value in taking a humble approach.” Experts on the ground like Williams can help companies navigate in such situations, he adds.