Our website is currently undergoing scheduled maintenance. This may cause some information on this page to load incorrectly. We expect to be back in a few hours. Thank you for your patience.

Failure analysis is a big business in industries such as oil refineries and chemical plants. When critical equipment such as bearings and gears fail, it can lead to unplanned maintenance shutdowns that have a major impact on a company’s productivity and profitability. 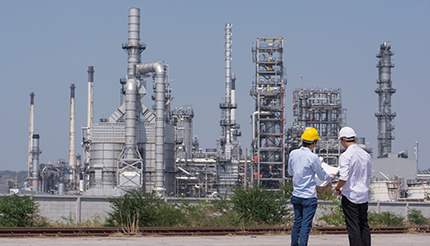 Nanoprecise Sci Corp of Edmonton, Alberta applies its expertise in advance of failures, using secure wifi-enabled sensors installed on pumps or motors, for instance, as well as sophisticated software and cloud-based artificial intelligence to continuously monitor such machinery. This even allows companies to predict when components are likely to break down, so that they can be repaired before they cost hundreds of thousands of dollars in lost production time, scheduling difficulties and liability issues.

The new technology is getting an enthusiastic reception in sectors such as heavy manufacturing and energy. With the assistance of the Canadian Trade Commissioner Service (TCS), Nanoprecise is hitting the ground running in burgeoning markets such as India and winning major customers there for its groundbreaking capabilities.

Don McClatchie, vice-president of business development for Nanoprecise, says the Edmonton company was founded just under two years ago by Sunil Vedula, an engineer who was previously involved in material failure analysis.

“He found that people were spending a lot of money on that after the fact, and he started looking at ways of using artificial intelligence and sensors beforehand to monitor and report on the condition of pieces of machinery,” explains McClatchie. The company’s Internet of Things (IoT) approach to analytics determines the exact vibration profile in rotating components like gears and calculates how it has changed, relaying the information through a sophisticated dashboard that shows customers the condition of their equipment over time, he says. “If you understand what a healthy vibration looks like, you can detect the onset of a failure several weeks or months ahead, before the equipment catastrophically fails.” 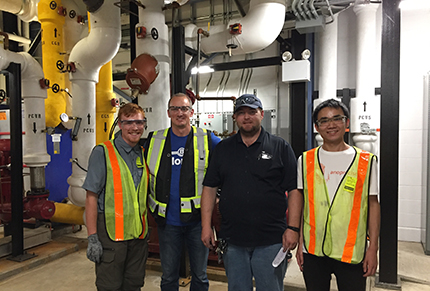 Today Nanoprecise has four employees in Canada, with an increasing emphasis on commercial sales and customer support, and it also has a satellite office in India, where Vedula, an Indo-Canadian, has connections.

Two early successes there have involved pilot projects with the India Farmers Fertiliser Cooperative (IFFCO), one of the largest manufacturers of complex fertilisers in India, and with the Larsen & Toubro (L&T) Nabha Power 700 MW thermal powerplant in Punjab, one of the country’s most efficient power generation facilities. Nanoprecise has drawn up case studies of how its predictive monitoring technology helped both firms detect faults and prevent damage in critical equipment at an early stage, avoiding the cost of shut-downs plus unplanned repairs.

The testimonials—and the money the companies have potentially saved—are persuasive. In the case of IFFCO, the technology was used to fix a centrifugal pump that has a history of failures every six to twelve months, costing some $145,000 a day in lost production. At L&T, it addressed a cooling water pump that can cost the plant $250,000 in lost revenue every day it is offline. Both companies have gone on to become major customers of the Edmonton firm.

One major advance for Nanoprecise was to connect with the Canadian Trade Commissioner Service (TCS) in India, McClatchie says, in order to expand the range of industries it is in. Saibal Ghosh, a trade commissioner in New Delhi who covers oil & gas as well as mining, “reached out to his network of contacts and got us introductions,” he says.

“The TCS is able to get you in to meet the key decision makers in a company who would otherwise be inaccessible,” he comments. “Trade commissioners will often know the vice-president of engineering or director of maintenance, so it accelerates the sales cycle…They're such an asset to small companies.”

Ghosh, the sector champion for extractive industries ‎in northern and southern India, along with Sachin Balpande, trade commissioner for oil & gas in Mumbai, first encountered Nanoprecise in June at the annual Global Petroleum Show in Calgary. Ghosh says it helps that the startup’s “India connection is definitely strong,” and that its technology goes beyond typical vibration sensors. “I could immediately see there was a winning scenario for this product.”

By September, company representatives were in India talking to major potential clients accompanied by Ghosh and Balpande as well as Arjun Dutta, the trade commissioner responsible for oil & gas in eastern India.

Nanoprecise found a lot of interest for its products in that first round of firms that it visited, and indeed arranged to do pilot projects in more than half of them. Ghosh says this shows that the company’s strategy is working and that its products are compelling.

“It’s important to get these successes in a smaller footprint and then scale up and develop and go into different parts of the market and different industries,” he advises.

India is “definitely a challenging place to do business, if you don’t have some kind of connection, but it’s also a massive opportunity,” McClatchie says, so having the TCS support is critical. He advises Canadian companies there to persist and to “truly be able to demonstrate that you're going to add value.”

As well as markets in Canada and India, Nanoprecise is going after business in the United States and countries in the Middle East, also with the help of the TCS, McClatchie says. It is also talking to original manufacturers of heavy equipment to incorporate the unique technology into machinery when it’s first made.

“We’re really starting to spread our wings,” he says, noting that the TCS and especially Ghosh have played a major role in that. “We definitely appreciate the help he’s given us, it does make a difference.”