India energy market is ramping up

India is a vast market for Canadian companies that make products and services for its burgeoning oil & gas industry, although local introductions and a sound business strategy are critical there, says Saibal Ghosh, a trade commissioner based in New Delhi. 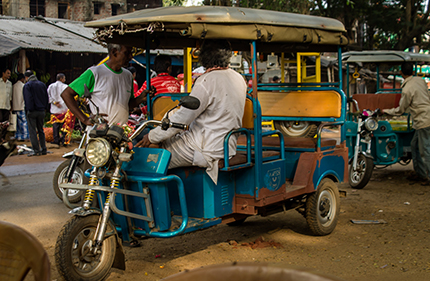 “India’s need for energy is ramping up like anything,” says Ghosh, who is the sector champion for extractive industries (oil & gas and mining) ‎in northern and southern India. He notes that only about 25 per cent of the country’s oil & gas production happens domestically, and there is a great need for the expertise currently found in excess in Canada’s oil patch.

India’s east coast is estimated to hold a huge potential for hydrocarbons, Ghosh says, and the country is investing heavily in gas distribution networks and oil refining capacity. It therefore has lots of demand for related equipment and services, from entire drilling rigs to pumps and compressors as well as seismic surveys. The government holds a lot of power in the sector, Ghosh says, although it is slowly shifting over to private-sector operators.

“Either way these are big corporations, and you have to do a lot of legwork to identify the right person involved to do business there,” he says, noting that procurement in the field requires a lot of documentation and regulatory approvals. “It can be a lengthy process.”

Andrew Smith the Minister Commercial at the High Commission of Canada in New Delhi, says that people in India have historically thought of Canada as a commodity-based trading partner. “And in fairness, this is what they have seen, but Canada is increasingly becoming known as a supplier of high-tech products and services,” he says. “What we need to do is ensure more decision-makers are aware of this fact.”

For example, Indians are moving about the country in metro cars built by a Canadian manufacturer, while those preferring air travel fly in airplanes produced in Toronto, he notes.

“Canadian exporters of technology, equipment and capabilities have been playing a critical role in helping India to maintain its growth and build out its infrastructure,” comments Smith, noting that the TCS can help SMEs “spread their footprint wider in the Indian market. When we consider a client to be high potential for success in India, our team of trade commissioners will work to ensure that we provide the services that will get them to success. And we won’t stop until we see that happening.”

This philosophy especially applies to Canadian SME exporters, whom the TCS India team helps to deal with the cultural and business barriers faced in the market, Smith says. “Globally the goal of the TCS is to double its client base from 15,000 to 30,000, and we will do it one SME at a time. High-potential markets like India will allow us to achieve that goal.”

Commercial ties have expanded between Canada and India in the past decade, and the TCS network there has grown accordingly to better support the demands of clients, Smith says. In 2008, the TCS India network consisted of a total of 30 staff in five offices. Today there are 45 staff in eight offices spread across India—at the High Commission of Canada in New Delhi, Consulates of Canada in Mumbai, Bangalore and Chandigarh and Trade Offices of Canada in Ahmedabad, Hyderabad, Chennai and Kolkata.

In 2015, there were an estimated 600 Canadian companies active in India and today that figure stands at 1000, Smith says. Bilateral trade between Canada and India has increased in the past four years from $ 6.4 billion to $ 8.4 billion, especially with the help of the TCS. “We have found that clients that use the services of the TCS export nearly 20 per cent more in value than exporters not using the TCS,” he reports. “In markets like India we can make a difference.”

He says that Canadian SMEs coming to India find that the team of trade commissioners there has a wide and in-depth range of local contacts. “They have easy access to local decision makers, thought leaders, market influencers and operational personnel,” Smith adds.

“More importantly, we will ensure that the SME considering India has the full scope of whole-of-government services to support its market expansion plans, whether we draw on key partners like Export Development Canada, the Business Development Bank of Canada or the Canadian Commercial Corporation,” he says. “Collectively we are committed to the success of the client in India. We want to be the single portal of entry to access any support that SMEs and high-potential clients require.”

Ghosh recommends that Canadian companies working in India establish a local base and personal connections there.

“You can’t expect to come, see, do business and leave. You have to have patience, faith and a long-term approach for this market,” he says, noting that the TCS can offer important advice and connections. “We open doors, otherwise Canadian companies find it difficult to catch the attention of the right people.”