How funding helped Canadian company to diversify beyond the U.S. market

The U.S. has been an important market for Clearcable, a Hamilton‑based business that specializes in building better broadband. In fact, it was in the small town of Shrewsbury, Massachusetts that the company found its niche in small municipalities and went on to build expertise in rural broadband. 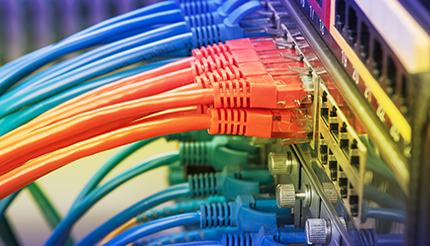 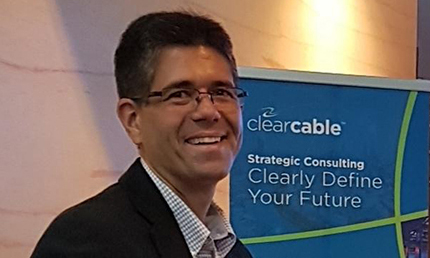 Clearcable helps support a municipal Wi-Fi network that covers the entire city of Stratford, ON. That network led to Stratford becoming the training ground for autonomous vehicles.

“Small towns are often underserviced for Internet connections,” says Rob McCann, Founder of Clearcable. “However, in Shrewsbury’s case, they own their infrastructure for cable and broadband. Clearcable has been a longstanding partner to help expand and build out evolving technology.”

Clearcable gained a following through word of mouth and now has 15 clients in the U.S. — a significant addition to its 60+ clients across Canada.

Yet in 2016, while still expanding services in the U.S., Clearcable chose to look more internationally. “The entire U.S. is a tough market to tackle,” explains McCann. “Every state is a bit different, and the trade environment isn’t ideal right now for aggressive expansion.”

Instead, Clearcable set its sights on the Netherlands. The country shares many demographic similarities with Canada — and there’s virtually no language barrier, since 90% of the population speaks English. In fact, the country’s well‑known multilingualism offers a bridge to other European markets.

Entering any new market is a challenge. So, when McCann met two trade commissioners at the 2016 Think Canada Conference in Niagara Falls, he immediately saw them as promising partners for Clearcable’s international expansion.

Upon hearing about Clearcable’s plans, trade commissioners Petia Tchoukaleyska and Eleonore Rupprecht introduced McCann to their colleagues in the Netherlands. What’s more, they advised him to apply for CanExport funding to help him explore the Dutch market.

CanExport is a Government of Canada program that offers financial assistance to small and medium-sized businesses exploring opportunitiesin new markets. Companies can get between $10,000 to $50,000 per project — with activities ranging from business travel to market research.

Since the Trade Commissioner Service (TCS) delivers the program, trade commissioners were able to guide McCann through the application process. They advised him on eligibility and how to present his company in the best light.

Clearcable’s applications were a success: the business was approved for up to $45,000 in funding from CanExport. This enabled it to visit the Netherlands independently in 2016, and again on a TCS trade mission in 2017. Here, it met local businesses, evaluated the market, and shared success stories with other trade mission guests.

While both visits were successful, McCann notes advantages to travelling with the TCS. “When trade commissioners contact businesses on our behalf, it carries more weight,” he says. “They carefully schedule every meeting and event to deliver the best value.”

“I never would have found those contacts by myself. The trade commissioners pulled them together and made things happen.”

Clearcable is now fully set up in the Netherlands, having registered with the Dutch Chamber of Commerce, opened a bank account, and hired an accountant and notary. “We wanted to do it properly,” says McCann. “Some companies would use their foreign entity, but we felt it was important to put down roots.”

The company hopes to win contracts within the next year — and has already agreed to collaborate with a Dutch partner, Close the Gap, to find opportunities to improve broadband in the Netherlands’ rural areas.

It’s taken some legwork, but McCann is pleased with the company’s progress. So, what’s his advice for other entrepreneurs? “Don’t underestimate the time and effort it takes to build a presence abroad,” he says. “Work with trade commissioners in the market — they’ll open doors faster than you can by yourself.”