From home‑based business to international success

Hatley Little Blue House started off as a ‘mom and pop’ business selling aprons door‑to‑door. With some help from the Trade Commissioner Service (TCS), the founders’ sons have turned Hatley into an international wholesaler with over 4,000 buyers worldwide. 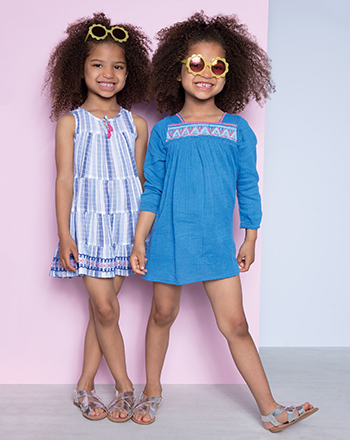 Alice and John Oldland founded the business in the lakeside village of North Hatley, Quebec in 1986. Alice was a local artist who painted farm animals. Her husband, John, had the idea of printing the art on aprons, oven mitts and chef hats.

The couple retired in 1999 and their three sons — Chris, Nick and Jeremy — took on the business. The brothers kept a line of homeware items, but Hatley’s main focus shifted to children’s clothing.

This is no coincidence, says Jeremy: “Our business has family values at heart – and as we had more and more kids, we found ourselves catering to a young age group.”

Hatley lists family as one of its key principles, along with quality and “loads of laughs.” A good sense of humour seems to be a family trait — Jeremy jokes that the company expanded into Australia because his brother “wanted to go surfing.”

In reality, Australia has been a huge business success for Hatley. “We had very fast growth in Australia. It was a pretty straightforward market for us to enter. The laws, currency and retail operations are very similar to those in Canada,” says brother Chris Oldland.

“Elaine was one of the most diligent and hardworking people I’ve met. We gave her a list of businesses we wanted to meet, and she delivered on all of them,” says Chris. “She was a real firecracker. She wouldn’t take ‘no’ for an answer.”

He adds that having a contact in Australia was a useful way to get around the time difference. “They got a lot done for us over the course of the evening.”

The TCS secured six business meetings for Hatley, including one with David Jones — a major department store with 45 outlets across Australia and New Zealand.

“We came back with some great leads,” says Jeremy. “The introduction to David Jones turned into a long‑term partnership. We’re still working with them today.”

Callighen also helped Hatley hire four sales agents in Sydney and Melbourne. As a result, the business has been able to secure a range of boutique buyers in the country.

“We probably wouldn’t have entered Australia if it hadn’t been for that trade mission,” reflects Chris.