A new strategy by Polytechnique Montréal to increase the institution’s role internationally is being realized in countries around the globe.

“By 2023, when it turns 150, Polytechnique will be an engineering university that is recognized around the world for its leadership, boldness and entrepreneurial spirit,” says Ghislain Rivard, a senior advisor in the institution’s international relations office. “It will be a source of inspiration and a reference in its field.” 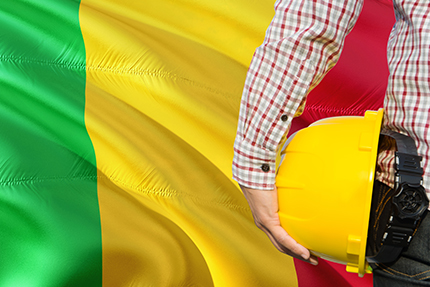 The Polytechnique recently launched the strategy titled “Poly2023: Creating the Future!” in keeping with its values, he says. These values include training high-level engineers and scientists to meet the challenges of a changing world and helping them “become key actors for change,” as well as conducting research in response to major societal issues and having an impact on its environment from an intellectual, economic and social perspective.

The Poly2023 strategy includes collaboration, creativity, excellence, integrity, openness and respect, Rivard says, noting that the Polytechnique wants to participate in large international programs and join well-known influential networks. “Our ambition is to play an active role in international training and research networks,” he says, as well as to participate in major research projects, promote student mobility and internationalize its programs.

With the assistance of the Canadian Trade Commissioner Service (TCS), the Polytechnique is implementing projects in Mali and elsewhere in West Africa, where it has a history dating back to the early 1970s. These include feasibility studies, technical and consulting support and the preparation of educational materials. They take from one to five years, with funding from $100,000 to several million dollars.

For example, the Polytechnique was contacted by the Malian Ministry of Mines and asked to participate in an international bid to complete a feasibility study and prepare a business plan for African School of Mines. It competed against institutions from France, Morocco and Senegal and was chosen to carry out the work, which happened in 2018 and required three missions and numerous exchanges with the client.

The TCS in Mali “ensured a constant informal follow‑up” during the study, Rivard says, noting that Ernest Akpoué, the trade commissioner in the capital of Bamako, has offered “unconditional support” for the Polytechnique as well as having “a deep understanding of Mali and remaining an essential collaborator in analyzing the political, business, social and economic reality there.” He has facilitated introductions and set up meetings with Malian authorities involved in the project, Rivard says. “The trade commissioner’s extensive knowledge and understanding of the host country has contributed greatly to Polytechnique’s success in the country, and we are very grateful for it.”

Akpoué says he first heard from the Minister of Mines of Mali about the intention to create a mining school in 2014. He then referred the opportunity to several Canadian organizations, including Polytechnique Montréal, and set up a meeting between the Polytechnique and the Minister of Mines of Mali on the sidelines of the 2014 Prospectors & Developers Association of Canada mining conference.

“The TCS continued to support the Polytechnique in terms of market intelligence, strategic advice, organizing and facilitating meetings as well as advocacy,” Akpoué says.

Rivard comments that in Mali and other countries in the region, the TCS is able to “share its knowledge of the local reality, guide the process and provide assistance” when it comes to seeking out opportunities such as those in Mali. “The TCS is aware of the changes taking place in the trade sector and the opportunities available for Canada,” he says. “We were well informed of the latest developments in Mali.”

The main challenge of such a project is the absence of a permanent presence in the country, he says, which can leave the team on hold and interrupt the schedule. “Being in constant contact with partners can make up for the lack of presence and help recover unwanted delays,” he says, noting that the TCS also offered support when there were changes in ministers or among the Malian authorities.

He advises others getting involved in such work to “stay informed, make yourself known, have dedicated resources, prepare the work upstream, act quickly, prepare quality proposals and be patient.” Indeed, the main requirement “is to ensure the successful implementation of the project using the best resources possible, which is what Polytechnique Montréal is best known for.”

The institution has “solid experience” in mining, he says, both in the industry in Quebec and Canada as well as in Senegal, Burkina Faso, Mali and beyond. “Polytechnique has been known and recognized in West Africa for several years, not only with the universities but also with the government authorities in each country where we have worked to date, as well as with the international funding sources that support this kind of work.”

He says that as part of the new Poly2023 strategy, the Polytechnique is trying to increase its visibility and impact at the local, national and international level. “In establishing business ties abroad, we want to be a model, a source of inspiration and a reference in engineering.” It hopes to participate in major societal debates and to “create a brand image around the name Polytechnique Montréal,” especially by increasing its presence and visibility on social media and traditional media, both at home and abroad.

In addition to supporting partner institutions outside of Canada, the Polytechnique has more than 200 agreements with institutions around the world, and 30 percent of its students and 50 percent of its professors are from abroad. There are currently some 15 students from Mali and a significant number from West and North Africa.