Selling leading‑edge technology abroad that allows industries to use artificial intelligence to automate their processes and improve efficiencies is a challenging undertaking. 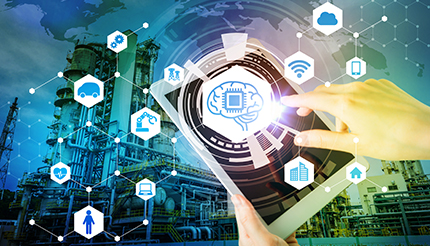 But Canada’s Canvass Analytics Inc. is up to the task, with a proven track record at home, a strong international strategy and the support of the Canadian Trade Commissioner Service (TCS) in countries around the world. The Toronto‑based industrial analytics company is making inroads in markets such as Singapore and Germany for its high‑tech products.

“Every day we’re reaching out with the help of the TCS network,” says Humera Malik, CEO and co‑founder of Canvass. The firm started in 2016 and rapidly developed its technology by working with customers in the field and participating in the Canadian Technology Accelerator (CTA) program in Silicon Valley.

The company’s artificial intelligence (AI) platform helps industries such as large manufacturing plants and energy facilities collect, process and interpret the large volumes of operational data that they produce. Only 1 percent of such information is currently captured and used and it can take months of analysis to crunch the numbers, says Malik, a computer software engineer. Canvass’s technology can be plugged into Industrial Internet of Things systems that generate data, such as sensors and other instruments deployed on production lines, to provide business insights. For example, the technology can help operators use energy more efficiently and reduce their greenhouse gas emissions.

Canvass, which was founded by Malik as well as Steve Kludt and Courtney Deinert, received support from Microsoft for Startups, which helps promising new companies launch successfully. In early 2017 it participated in the CTA in Palo Alto, which Malik says helped her team make the transition from “a bunch of nerds trying to solve a problem” to a viable business, as well as to meet potential investors. 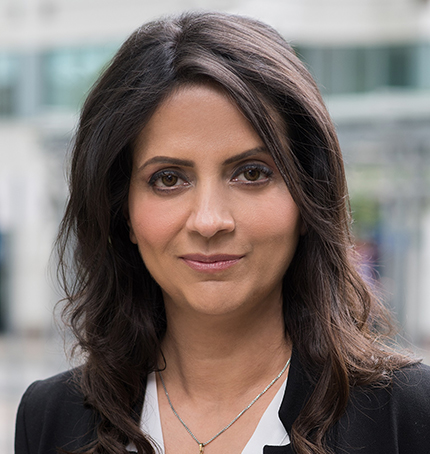 Through the CTA, “we got to know a lot of people and they got to know us,” the entrepreneur says. “You get an exposure in the valley, it’s pretty cool; a Canadian company wouldn’t typically have that kind of access.”

Along the way there was a decision to change the firm name, which was originally Dat‑uh Inc., and last August Canvass announced the closure of a $5‑million round of funding led by Gradient Ventures, a Google company.

The TCS “has been phenomenal,” Malik says, for example organizing events and activities involving major players in the field. “We were just getting started and we didn’t have the resources or the network to go out and meet with these people, who are some of the world’s largest manufacturers in Fortune 500 companies.”

In Singapore, Canvass worked closely with the TCS team to identify and focus on potential customers “and they connected us at the highest levels of those companies,” Malik says. “We actually managed to very quickly close our first contract.”

Singapore is progressive and is “building automation into everything,” so the Canvass technology was a good fit there, she explains. “You have to offer something that’s relevant to the market.”

Richard Dubuc, the senior trade commissioner in Singapore, says the TCS brought Malik there in March 2018 to speak as an investment champion at a women’s leadership forum and a larger business forum, organized by the Canada-ASEAN Business Council.

“Given Humera’s background and interest, she appeared to be the perfect candidate,” Dubuc says. In addition to these speaking opportunities, the TCS organized a series of bilateral meetings, including one with Olam International, a leading global agri‑business company that operates in 70 countries. Olam has now contracted Canvass’s AI platform to transform the way it operates and to find new ways to address challenges across its agricultural value chains.

Malik returned to Singapore to speak at the Milken Institute Asia Summit in September and the TCS helped with further introductions. She visited a third time as a keynote speaker at Cleantech Forum Asia, and there are plans for the company to establish a presence locally.

Dubuc says that Canvass is “doing all the right things” by focusing on markets such as Singapore that are early adopters of new technologies. Singapore is also a regional hub, he notes, with easy access to countries in the Association of Southeast Asian Nations and larger markets such as India and China.

He says that Malik “recognized early the potential for her company to grow by exploring the Asia market,” and she showed the necessary commitment by visiting three times within eight months. “This has allowed us to introduce Canvass to key players within the local tech ecosystem and major local businesses, such as Olam.”

Malik says that “my experience in Singapore has been amazing. We worked closely with Richard and his team and we appreciated their insights.”

She comments that working with the TCS network is a partnership. “They know the nuances, they know the culture, they know the sales cycles,” Malik says. “They’re based there, while we’re shooting in and out.”

The TCS has helped the firm hone in on other places where it hopes to establish itself and expand its reach. “You have to identify your customer base and be very targeted,” Malik advises. Canvass seeks out customers that are “progressive and ready to adapt,” she says. Research & development are critical to the company, which has 30 employees and is growing by the day.

Canada is highly regarded in the field of artificial intelligence and “there’s a lot more opportunity for us to be able raise the AI flag,” adds Malik, who is passionate about sustaining Canadian AI talent.

Many challenges remain for Canvass—“We have all the usual growing pains,” she says—and while Canada remains a “huge market,” the company is firmly focused internationally, with half of current revenues coming from overseas. “Since day one we’ve taken a very global approach,” Malik says, while “from a small business perspective it’s not easy.”

Her advice for other companies like hers looking to expand somewhere outside of Canada is simple: “Strategically identify and go after that market, in collaboration with the TCS.”