The Trade Commissioner Service (TCS) recently launched a series of new videos profiling Canadian companies and trade commissioners. The series explores the impact that the TCS has on exporters and how businesses can take advantage of its programs.

The short documentaries available from the TCS on YouTube delve into the free services that it provides to Canadian companies looking to diversify their export markets. The videos follow trade commissioners in key markets around the world, as well as detailing how exporters are succeeding with TCS help and promoting some of its unique offerings. 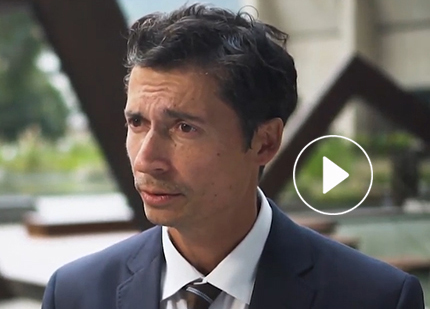 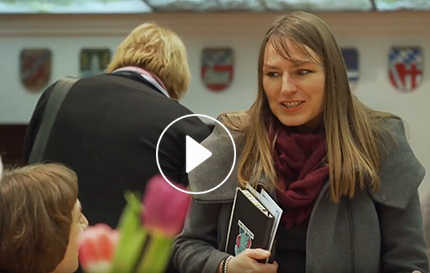 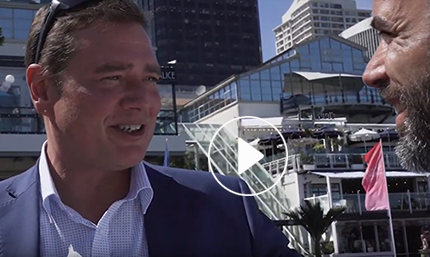 “The impact and the value that our service brings to Canadian companies never ceases to amaze me,” says Michael Mancini, a trade commissioner based in Ottawa who leads the TCS’s digital engagement activities. He says that in creating the videos he was struck by how hard trade commissioners work to make a meaningful impact for companies looking to expand abroad. “They connect Canadian firms with the kind of market intelligence, people and opportunities that you just can’t pay for elsewhere, let alone get for free.”

For example Claudio Ramirez, the senior trade commissioner in Bogotá, Colombia, is a powerful relationship‑builder between Canadian and local businesses. “Colombia is full of both Fortune 500 companies and innovative start‑ups, and Claudio and his team have unprecedented access to the people and the real business opportunities in this dynamic emerging economy,” Mancini says.

Claudia Seeber is a locally engaged trade commissioner in Berlin, Germany, where Mancini followed her during the annual Berlin Film Festival, Seeber’s busiest time of the year. “Claudia’s deep knowledge in the arts and cultural industries is helping Canadian companies penetrate the German cultural sector,” he says. “Her results speak for themselves.”

Francis Huot is Canada’s senior trade commissioner in Auckland, New Zealand, overseeing everything that has to do with trade and investment. “For him, this also means making meaningful connections between the Maori community and Indigenous businesses in Canada,” Mancini notes.

There are also eight new video success stories that profile companies across Canada where the TCS was able to assist. Mancini says many companies report that they feel that trade commissioners “often become part of their business development team,” which ultimately helps them to save time and be more efficient in market.

For example, AdTrack Media in Vancouver, which installs and operates innovative media technology in subway tunnels, was contacted by Maximo Hurtado, a locally engaged trade commissioner in Madrid, about an opportunity involving the transit authority there. “The company would never have known about this if it wasn’t for Maximo’s proactive initiatives,” Mancini says, noting that after the company made the sale in Madrid, AdTrack successfully pursued other European contracts. “It was AdTrack’s experience with Maximo that gave the company the confidence to aggressively diversify into other markets.”

Across the country in Prince Edward Island, Somru Bioscience Inc. has leveraged the TCS to find markets for its drug development in some 25 countries. The goal of co-founder and CEO Mohammed Moin is to make life-saving, expensive bio-therapeutics available to all. Mancini says that new emerging markets such as Bangladesh have been opened up to Somru through CanExport, a funding program run by the TCS that gives companies incentives to develop and diversify their sales abroad.

CanExport—which shares the cost of eligible expenses with companies developing new markets, such as participating in trade fairs or doing market research—is the focus of two additional new videos.

The TCS is “uniquely positioned” to help the country’s businesses through such programs “but not enough Canadians know what we do, the impact we have and how we can help them,” says Mancini. “I’ve spoken to thousands of Canadian companies over 20 years and they say they can’t believe how trade commissioners understand their business and what they’re trying to achieve, and how they bring added value by connecting them to the people and information they need.”

Mancini points out that Canada currently has 14 trade agreements covering 51 countries with a total population of 1.5 billion consumers and a combined GDP of US$50 trillion. “This gives Canadian companies a clear advantage over competitors in other countries.”

Mancini encourages Canadian companies to not only watch these videos but to be inspired by the energy, knowledge and connections that trade commissioners bring to companies—as well as to reach out to the TCS network across Canada and in more than 160 cities around the world.

“As you’ll see in these short films, trade commissioners are rarely at their desks, they’re constantly on the go,” he adds. “They are totally connected to what’s happening on the ground in the industries they’re responsible for. They’re operating at the speed of business.”