The percentage of Canadian small and medium enterprises (SMEs) that export goods and services (export propensity) has remained largely unchanged since 2011. According to the Survey on Financing and Growth of Small and Medium Enterprises, 11.7 percent of SMEs were exporters in 2017, compared to 11.8 percent in 2014, and 10.4 percent in 2011.

While export propensity hasn’t changed much, the share of sales coming from exports (export intensity) has increased. From 2011 to 2017, the share of exports sales in total SMEs sales (exporters and non‑exporters) increased from 3.4 percent to 4.3 percent. When considering only SMEs that exported, the increase was even more pronounced, reaching 36.4 percent in 2017 from 33.2 percent in 2011. It is also notable that export intensity increased in sectors that were already export‑oriented, such as manufacturing and wholesale trade. 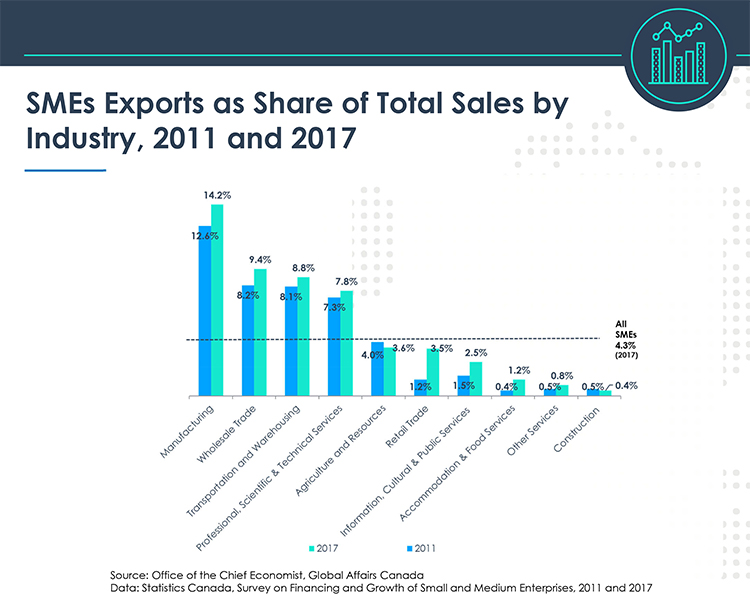 Encouraging new SMEs to start exporting is fundamental to increasing Canada’s exports and distributing the benefits of trade. In recent years, more growth has come from SMEs that are already exporting becoming more export intensive. Combining efforts that stimulate both export propensity and intensity is important to ensure Canada’s stronger trade participation internationally.