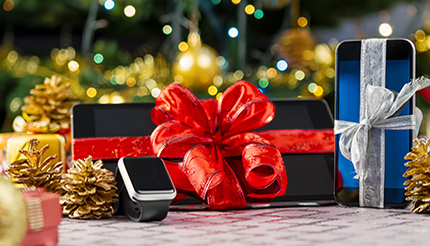 Electronic products have become very popular as holiday gifts over the years and although Canadians import most of the electronics they consume, Canada exports more electronics than you might expect. This chart will focus on home entertainment electronics, which includes smartphones, portable devices and computers, televisions as well as video games and consoles.

Over the last five years, Canadian imports of home entertainment electronics have increased by 34% to reach nearly $15.8 billion in 2018:

Electronic imports follow the same trend annually. From a low in February, imports will begin to slowly increase from March to August, will accelerate in September and peak in November of each year due to holiday demand. Imports will then fall in December through February. 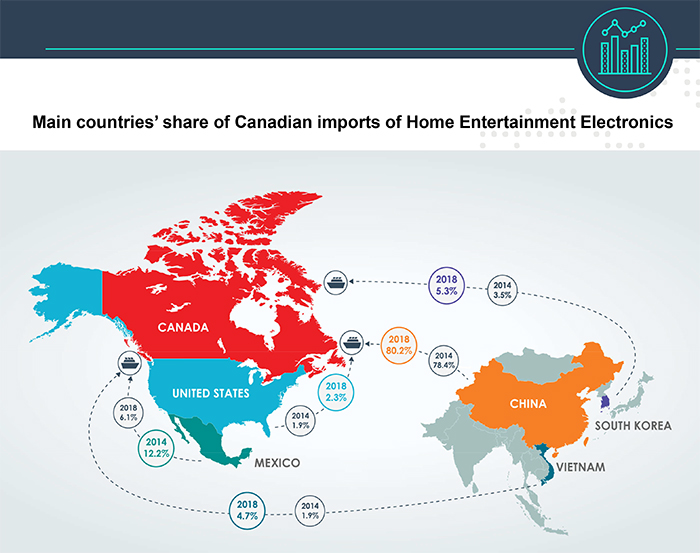 China is consistently Canada’s top electronics provider and its share of total imports even increased, from 78.4% in 2014 to 80.2% in 2018. Mexico’s share of 12.2% in 2014 has decreased to the benefit of South Korea (smartphones), Vietnam (smartphones) and the U.S. (portable devices and computers), which all saw an increase in their respective shares in 2018.