When Canada’s SOTI Inc. reported in July that it had recruited its 1,000th worldwide employee, the software giant’s announcement told only part of the story. 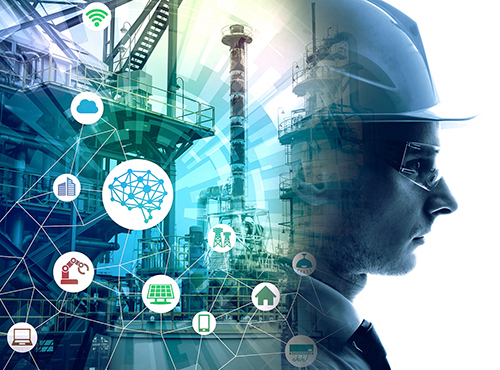 The SOTI ONE platform is designed to secure, manage and support business-critical mobile operations across retail, transportation & logistics, healthcare and field services.

Growing from a one‑person start‑up to a multi‑billion‑dollar global leader in mobile technology has required an “extended workforce,” says Steve Bailey, senior vice‑president of marketing and business operations at SOTI. This includes a vast ecosystem of partnerships as well as the regional and global staff of the Trade Commissioner Service (TCS), which has helped the Mississauga, Ontario, company extend its reach to 176 countries and counting

“This is a market that we have taken 25 years to set up and we’re reaping the rewards,” says Bailey, who is responsible for scaling business operations for SOTI worldwide and overseeing its long‑term strategic planning and growth in international markets.

The private company was started in 1995 by Carl Rodrigues, its visionary president and CEO. Rodrigues, who immigrated to Canada from Pakistan at the age of 11, had quit his job as a consulting software engineer, gone into the basement of his home and developed a software system to manage mobile phones remotely. The product went on to become an international bestseller. SOTI today has evolved into one of the world’s most trusted providers of mobile and Internet of Things solutions and services, with a platform called SOTI ONE that includes security, help desk, monitoring and app‑development functions.

“You name it, we have a solution,” says Bailey. “We always feel that we’re just scratching the surface.” 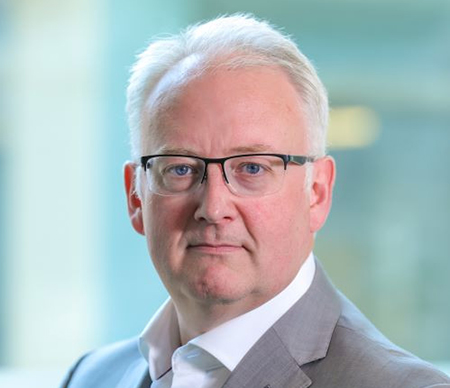 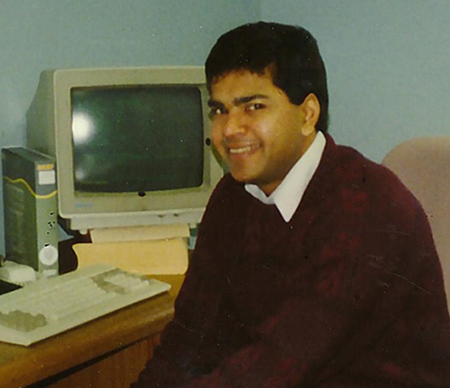 SOTI founder and CEO Carl Rodrigues started the company in his basement in Mississauga, Ontario. Today SOTI has employees across 28 countries with 10 global offices.

Today more than 17,000 companies such as American Airlines and McDonalds use SOTI products across the globe, with more than 20 million devices under management. To meet the needs of its international customers, its staff operate in 28 countries and it has 10 regional offices worldwide, in Canada as well as in England, Sweden, India, Australia, the United Arab Emirates and Ireland.

Fuelled by organic growth, with no venture capital finding or outside investment, the company says it has had more than 96 quarters of consecutive profitability. With 35% growth year over year, 93% of its business is in exports and “we expect significant growth in all our regions,” Bailey says.

The company works directly with almost 200 hardware and software partners, including IT giants such as Samsung, Google, Zebra, Panasonic, Honeywell, SATO, Amazon, Microsoft and HP, while 4,000 channel partners sell SOTI’s software solutions to their customer base.

“At the end of the day, our partners are our extended workforce,” says Bailey, noting that given all that the company does in the world, “a thousand employees wouldn’t even scratch the surface if we had to do it directly.” He explains that SOTI looks for partners that are trained in its technology, as well as credible, well‑placed in the market, open to doing business and that it can collectively collaborate with on new ideas.

SOTI also considers the TCS an invaluable resource, starting with the Ontario regional office in Toronto, “which has been a tremendous help, connecting us with a number of trade commissioners in the regions,” Bailey says. These range from Dubai, where the TCS is “helping us make the right contacts,” to Gurgaon India, where the company has recently invested US$12 million and created 300 jobs in a new state‑of‑the‑art facility for its growing employee base.

“It’s our eyes and ears,” Bailey says of the TCS. “Trade commissioners are well connected to the local ecosystem. Engaging them is key to success.”

Eleonore Rupprecht, who has been SOTI’s main point of contact in the Toronto office, as the former trade commissioner for the information and communications technologies (ICT) sector, and who now covers life sciences, says the Toronto office provides “one window access” to the TCS network globally. It also helps Canadian companies refine their global market strategies, advises on their programs and makes introductions to partners that can further support their efforts.

Rupprecht says that SOTI’s “commitment to continual innovation gives it the ability to compete in the international market against companies much larger in size.” Meanwhile its “solid roster of corporate enterprise reference clients is testament to the company’s innovative offering,” she says. “SOTI is confident and bold in its messaging, and it is committed to market expansion with a local presence, which is imperative to building out markets.”

Daniele Haddad, a trade commissioner who covers ICT, life sciences and innovation in the UAE, says SOTI has been successful in that market by developing relationships. “This has been evidenced through deploying resources and staff on the ground, its recurring participation in GITEX Technology Week, the region’s main ICT trade show, as well as the commitment of its senior executives to meet with partners and customers here,” she says. “It has also leveraged partnerships effectively through strategic engagements with the multinational companies headquartered in Dubai that can act as channel partners to push SOTI’s solution to customers.”

The company’s “track record in the region speaks for itself,” Haddad remarks. “The SOTI team has been great at highlighting their strengths.”

Bailey notes that analysts suggest that by the end of 2020, some 80 billion devices will be connected using enterprise management technology, a market worth $3‑trillion. “We know that we’re uniquely positioned to capitalize on that,” he comments, with a product portfolio that is continually adding functionality to the SOTI ONE platform.

One of its challenges is getting access to much‑needed talent, he points out. SOTI is working to attract international talent through Canada’s Global Skills Strategy, and it has taken advantage of the Global Talent Stream program, which Bailey says is “paying dividends.” It also believes in the need to ensure there is home‑grown talent in Canada, and Bailey stresses that the Canadian government should invest in Canadian technologies in order to foster innovation and nurture scale‑ups in the country like SOTI.

The company, which has won numerous industry awards, has received many takeover offers. But it remains passionate about keeping SOTI Canadian—while ensuring that it is a company to be reckoned with globally. “We’re building to scale, not to sell,” Bailey adds.