Company brings lighting in tune with humans—and the global market

Selling a new technology that has compelling benefits and few direct competitors would appear to be a dream for a Canadian entrepreneur. But when the product and its customers are in highly entrenched industries with long‑standing practices and international markets, the obstacles begin to appear. 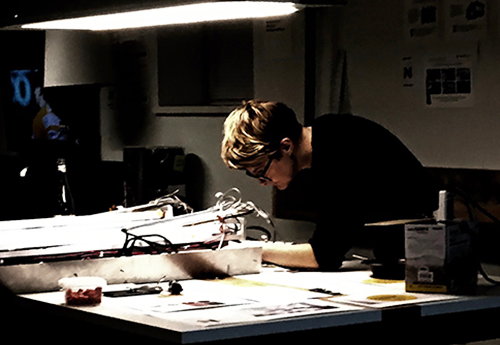 Sarah Morgan, co‑founder and CEO of Nano‑Lit Technologies, a Vancouver‑based company that has developed a “smart” lighting system that supports the body’s circadian rhythms, is undaunted by these industrial challenges. With the assistance of the Canadian Trade Commissioner Service and its programs, she is looking for global investors, partners and customers to meet such challenges head on.

Morgan, who is British and Canadian, is no stranger to international business strategy. With a background in media, music and fashion, in 2004 she started her own company in New York that manufactured fashion accessories for the mass market. Having done a Masters in industrial design, with a thesis focused on lighting and “biomimicry”, the copying of nature in design, she started Nano‑Lit in the UK in 2013 and began trading in 2015, before moving to the Netherlands in 2016.

With investors in both countries, she developed her early understanding of quantum dots with the assistance of a lab at Cornell University. There she learned about the fundamentals of using the quantum dots, or nano crystals, to control the wavelength and colour of light coming from LED fixtures. 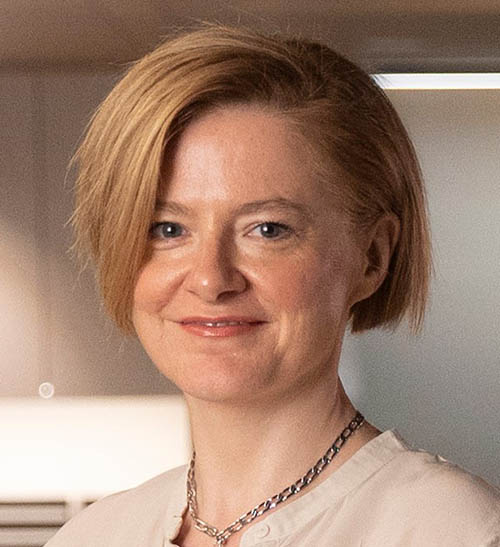 Morgan has designed the “tunable” quantum dot lighting system to mimic variations in sunlight. She points out that electric lights, a relatively recent innovation in human development, can have a negative impact on our well‑being, especially as 90% of human life is spent under them.

“Lighting affects our sleep, it affects our mood, it affects our productivity,” she explains. The Nano‑Lit technology, which can be easily installed in existing LED fixtures, creates lighting “recipes” that emulate the quality of light that the sun emits at different times of the day. This can re‑set the body’s circadian rhythms, creating healthy environments that “help people sleep better, feel better and do more,” says Morgan.

She created the company in Vancouver in 2017 in order to commercialize the product, believing that “Canada is on brand for the technology and what we’re trying to achieve.” Today the startup, which has five employees, has its first product on the market, a fluorescent bulb replacement called a Smart Diffuser™, with 70% of sales in Canada and 30% in the United States. There have been special installations of the energy‑efficient technology in two commercial office properties, as well as at the headquarters of the International WELL Building Institute in New York. The product is also being “scoped by researchers” for its benefits in helping people with disorders such as brain injury, hospital delirium and chronic diseases, says Morgan, as well as its ability to accelerate healing times in hospitals.

“Data is really important; people want to know how effective this is,” says Morgan, who notes that the research community has been supportive of the technology but the “traditional lighting industry is more of a challenge.” She’s therefore found it difficult to attract investors, which she says is also typical for female CEOs.

Having found less of an appetite for risk and investment in Canada, she’s developed an international strategy that includes validation of the product, targeting customers in high‑end buildings and hiring a sales consultant. She participated last autumn in the Trade Accelerator Program, an initiative designed to help small‑ and medium‑sized enterprises (SMEs) develop their export potential, and she is also being assisted by the TCS.

“Trade commissioners have given us amazing introductions,” says Morgan. “We’ve been able to get a lot of exposure to a lot of people across different industries, and that’s been awesome.”

Funding from the TCS CanExport for SMEs program was critical in helping Nano‑Lit attend workshops and conferences as well as develop marketing materials. The company might also apply to CanExport Innovation for funds to collaborate with foreign partners to co‑develop, validate or adapt its technologies.

Warren Senkowski, a trade commissioner who covers the infrastructure and building products sectors at the TCS Pacific Regional Office in Vancouver, says the TCS has helped Nano‑Lit develop relationships with potential customers in major U.S. cities and partners that manufacture lighting.

“This is a company that’s really trying to do something in a different way,” says Senkowski, noting that in order to sell a premium product, it’s important to validate its benefits and develop a “differentiation strategy,” which the SME is working to do. “They understand lighting and its impact on humans.”

Senkowski notes that the building industry has been “less quick to adopt new technologies,” and Canadian entrepreneurs have been “behind the curve” in developing them. However, with the trend toward greener buildings, from the energy they consume and materials they are made of to their impact on occupants, “the opportunities are out there, both in new construction and in retrofits.”

Morgan advises companies like hers to “find champions and allies” who understand the wellness sector and can promote their brand, rather than purely pursuing venture capitalists and angel investors.

She will attend and exhibit at LEDucation, an LED trade show and educational forum being held March 17 to 18 in New York, and will attend the WELL Conference, an event for wellness entrepreneurs and professionals that is happening March 29 to April 1 in Scottsdale, Arizona.

Her goal is to leverage the TCS more. This year Morgan wants to raise $5 million in investment and to scale up the company’s manufacturing so that it generates $1 million in revenues. Nano‑Lit also plans to develop a portable circadian‑rhythm lamp to help with jet lag and other conditions.