Selling goods and services in overseas markets such as India can be tricky for small and medium‑sized companies, given the logistics of dealing with distant customers and practicalities like getting paid. For D‑TA Systems Inc. of Ottawa, enlisting the help of the Canadian Trade Commissioner Service (TCS) has been crucial for success. 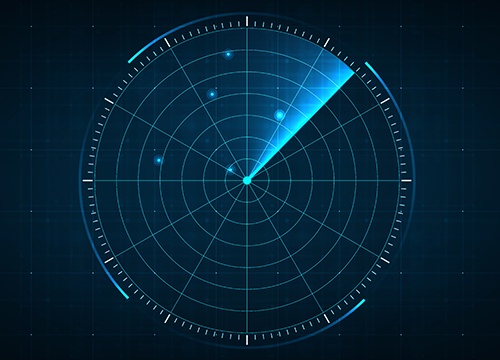 “India is a very tough market,” says Tuhin Das, the director of global business development for D‑TA. The company provides components for radar systems used in military applications in the electronic warfare industry, which it delivers “at a fraction of the cost of our competitors,” he says.

D‑TA started in 2007 and today has some 30 staff, with sales around the world. India is an especially good place for business, he says, as a sizeable market that spends a good deal of money on defence. “That makes it very attractive for Canadian companies.”

The company also has ties to the country through its owner, Dr. Dipak Roy, who has good contacts and a deep awareness of business practices there. “You understand the cultural landscape a lot better,” Das says. Nevertheless, in India “you have to have a local presence” through a subsidiary or partnership, as well as the assistance of the TCS.

For example, Viney Gupta, a trade commissioner in New Delhi whose sectors include aerospace, defence and security, introduced the company to key contacts in the Bharat Electronics Corporation (BEL), an Indian crown corporation that produces radars for military use. In 2017, it was awarded a deal worth US$130,000 to provide four radar recorders and playback servers to BEL. D‑TA hopes to secure additional, more lucrative contracts with BEL in the future. 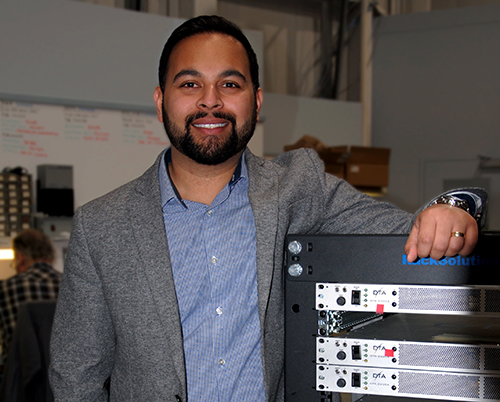 Das says that Gupta “is very helpful from the due diligence perspective,” specifically when D‑TA gets approached by companies and wants to know if they are credible. “I would contact Viney just to scope them out. The feedback we receive from the Trade Commissioner Service is extremely critical to move forward.”

On the other side of the equation, when prospective Indian partners and customers “see the government of Canada there, it changes the perception,” Das says. “Once we engage the TCS, they know we’re not joking around.”

Das says that when D‑TA completes contracts, it can take time to get paid, and that is also where the TCS has been “extremely helpful,” by helping the firm follow up with customers. “In India it takes seven to eight months to see some payments. For a small to medium-sized company that can be very detrimental,” he says.

One of D‑TA’s biggest challenges is not being physically present in such markets. “Even though we have technology, nothing beats face‑to‑face meetings,” he says. “It’s not just that you meet once and it’s OK. Depending on the scope of the project, you may have to make multiple trips. That gets time‑consuming and expensive.”

He says that despite such challenges, diversification is critical to Canadian firms like D‑TA. It’s therefore important to consider joint ventures, to seek out appropriate partners to team up with and to get guidance from the TCS. The company has also developed a more active online strategy. For instance, it has drawn up a database of all of the contacts it’s dealt over the years and sends out “e‑blasts” that are now bringing in leads for business.

One important element of D‑TA’s global strategy is finding new verticals where it can sell its products, which it hopes will lead to the discovery of new markets all over the world. “This doesn’t limit us to North America, it’s global. We’re getting very aggressive on our outreach,” Das says, noting that the company looks for international partners that it can work with. “You have to find the right ones.”

He advises entrepreneurs that have issues like getting paid in overseas markets to persist, despite their frustrations. “Be patient, don’t lose your cool. You have to keep plugging away, and if you have TCS backing it will work out.”

A market like India may be difficult but there’s a reason to be there, Das adds. “It’s massive. India is spending a lot of dollars, and if we don’t go there, others are going to go.”