The United States offshore wind energy market is ramping up, with plans to create a series of wind farms off the country’s Atlantic coast presenting vast supply‑chain opportunities for Canada’s ocean technology industry. 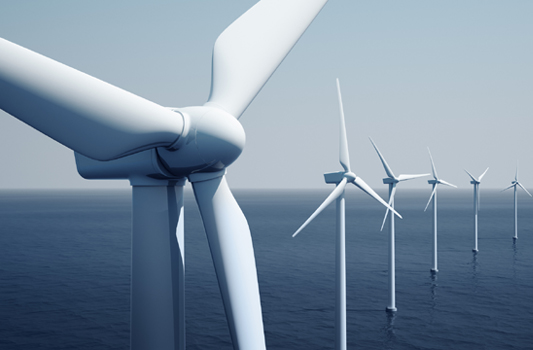 Estimates that offshore wind development there has the potential to create a US$70‑billion business pipeline by 2030 could mean lots of work for Canadian companies in areas from geophysical and geotechnical surveying and marine mammal monitoring to offshore service vessel design and training programs.

“Offshore wind is going to bring a lot of opportunities to the marine technologies space,” says Erin Donahue, a trade commissioner in Boston who covers the ocean technologies sector. She says that Canada’s Trade Commissioner Service (TCS) is gearing up to support Canadian companies that are looking to benefit in areas from marine science and research to remote monitoring technologies.

“This isn’t a pipe dream or a future opportunity; there are actual requests for proposal and contracts being issued now,” Donahue comments. “This is the time to get in on the ground floor and establish yourself as part of the supply chain.”

The U.S. Department of Energy estimates that offshore wind has the potential to generate more than 2,000 gigawatts of power, almost double the country’s current electricity use, she notes. Even if only one percent of that potential is captured, that would power some 6.5 million homes.

Donahue says the Northeastern U.S. has strong offshore winds and is densely populated, so the region will benefit directly from the energy the wind farms generate. These states also see the development of the offshore infrastructure as an opportunity to revitalize ports and coastal communities that have been in decline with downturns in the commercial fishing industry.

Rhode Island and Massachusetts moved early to develop offshore wind, but their efforts stalled with a decade of regulatory delays and opposition from residents, environmental groups and fishing communities. Those hurdles were cleared by 2016, when Block Island in Rhode Island launched the country’s first commercial‑scale offshore wind project. Since then the industry has quickly accelerated, Donahue says, and today 15 massive projects from Massachusetts to Virginia have been granted leases by the Bureau of Ocean Energy Management (BOEM) and are at the pre‑construction planning stage.

Donahue says the installation of the turbines themselves will likely be done by large manufacturers from Europe with expertise in offshore wind power, but “it’s all the related products and services that are going to generate the greatest economic benefits.”

These tasks include designing the vessels that transport crews to and from the sites, she says. “We have a great deal of experience in Canada when it comes to ship‑building and related technologies.”

Donahue notes that a Canadian company, Open Ocean Robotics of British Columbia, is among three start‑up companies recently selected for the Offshore Wind Challenge run by Greentown Labs, a climate‑tech incubator, and Vineyard Wind, an offshore wind energy generation facility being developed off the coast of Massachusetts. The three companies, which were selected from among 60 applicants from around the world, will focus on innovations in marine mammal detection and monitoring to support the responsible development of the offshore wind industry.

Elisa Obermann, executive director of Marine Renewables Canada, a national association based in Halifax that represents the wave, offshore wind, tidal and river‑current energy industries, says the country’s marine and offshore firms are increasingly interested in getting involved in offshore wind opportunities like those in the U.S.

“Canadian industry brings capabilities developed from decades of engagement in related sectors, such as offshore oil and gas, defense and marine operations,” she says, as well as having expertise in the overarching ocean technology sector. This includes ocean science and technology companies, device and generator developers, power project developers, utilities, engineering and environmental consultants, manufacturers and fabricators, certification, insurance, vessels, transportation, port facilities and services, as well as the research community.

“This is a major opportunity for Canada’s experienced supply chain to export innovation, technologies and expertise to the global market,” Obermann comments. “This sector occupies the intersection of Canadian aspirations to diversify our international trade and become an innovative solution‑provider in the cleantech, renewable energy and climate‑change realms.”

Donahue notes that challenges for Canadians looking for business in the offshore wind space include the fact that states are looking for the project developers to work with local companies so that states can benefit from the development of their offshore wind resources. “So it does help significantly if you have a local partner or open an office in the region.”

The TCS is doing outreach with project developers and focusing on supply‑chain opportunities, she says, which include making contacts at state agencies and among local universities that will be involved in the development of the wind farms.

Donahue says that despite the COVID‑19 pandemic, BOEM is continuing with the permitting process and developing the final rules and approvals for the projects. The first of them, Vineyard Wind, is expected to start being built by the end of next