For this cleantech trade commissioner, helping Canadian companies runs in the family

It’s an understatement to say that Diana Cartwright is part of the family at Canada’s Trade Commissioner Service (TCS). Indeed, she was sort of born into it, as a direct descendant of Canada’s Minister of Trade and Commerce, Sir Richard Cartwright, at the time when the very first trade commissioner represented Canada abroad. 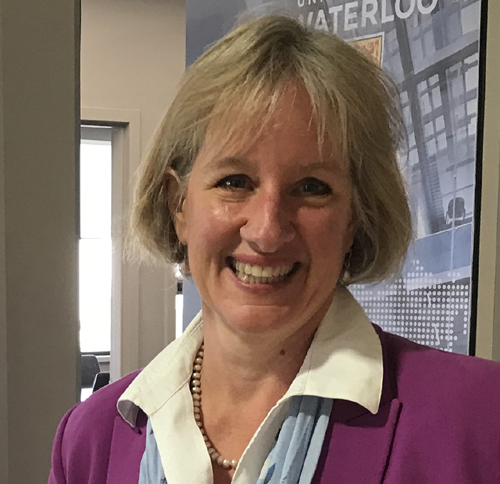 Diana Cartwright, trade commissioner on the clean technologies team in the Ontario regional office of the TCS

It’s a connection that Cartwright took for granted until she joined the ranks of the TCS and the image of Sir Richard flashed up on the screen at an orientation session for new staff. “Wow, that’s my great‑great‑grandfather,” she recalls thinking. “I guess it’s in the blood.”

Sir Richard was a distinguished Member of Parliament and Senator for 43 years during the late 19th and early 20th centuries. He served in a number of senior portfolios, including holding the trade position from 1896 to 1911 in the cabinet of Prime Minister Sir Wilfrid Laurier. That was in the very early days of the TCS, when John Short Larke worked as Canada's first full‑time trade commissioner in Sydney, Australia.

Cartwright’s early career was as a dancer and actor, then she got a degree in environmental resource studies and became a consultant on environmental issues and clean technology (cleantech). This brought her to work in the federal government, and then eventually to a position where she helped Canadian companies that have climate solutions for developing countries and emerging markets connect to funding.

In 2017, Cartwright took on a role in the TCS supporting regional trade commissioners across Canada, where she provided guidance to these cleantech businesses seeking “climate finance”. In Augustcleantech2019 she moved to the TCS regional Ontario office in Toronto as a trade commissioner covering clean technologies, assisting exporters involved in areas such as renewable energy and smartcleantechgrids. 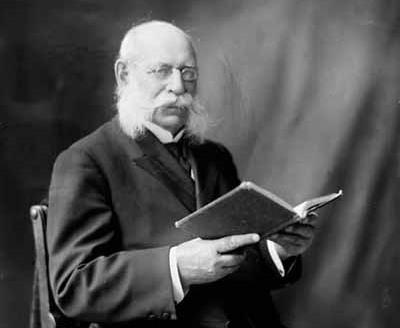 Sir Richard Cartwright, the great‑great‑grandfather of trade commissioner Diana Cartwright, was Canada's Minister of Trade and Commerce from 1896 to 1911, in the early days of Canada's Trade Commissioner Service.
Credit: Library and Archives Canada

“There’s a lot of Canadian companies coming up with really interesting technologies that are going to be used in this field. It’s evolving very quickly,” Cartwright says. “I feel really humbled and honoured to be able to work with these businesses.”

She collaborates with TCS colleagues at the Global Affairs Canada headquarters in Ottawa, across Canada and at missions around the world to help companies find new markets as well as programs that support their continued research‑and‑development and export efforts.

Cartwright most memorably went on a trade mission to Africa, where she saw the benefits of clean technologies “on‑the‑ground” and met with firms that are “motivated by the desire to address climate change…We really try to work together.”

For example, a Toronto company called Solar Panda Corporation makes a kit equipped with a solar panel that is giving low‑income people all over Kenya access to energy. Another called Reeddi Inc. was started by engineering students from Nigeria at the University of Toronto, and has created a battery pack that can be rented to provide clean, reliable and affordable electricity to individuals and businesses in energy‑poor regions.

“It’s a really neat solution developed in Canada,” comments Cartwright, who says the global market in cleantech is complex and competitive, but our companies can stand up to the best.

The COVID‑19 pandemic brought a need to downsize at first, but a number of companies in the sector have begun hiring, she says, and are exporting by “figuring out new ways of doing things”. This includes working remotely with partners in far‑off countries and promoting themselves virtually, with the help of the TCS. “COVID‑19 makes trade commissioners that much more important, because they have contacts, they’re on the ground, they’re making introductions and helping to ensure that the product has arrived.” At the same time, she notes that the Canadian Technology Accelerators run by the TCS “are going full speed” on virtual platforms.

Much has changed in the world since the time of John Larke in Australia, “but the core essence of the TCS remains,” Cartwright says. “Companies really appreciate the assistance we give them to open markets and find opportunities that they otherwise wouldn’t have.” She wants more people to be aware of the advice, funding and programs that the TCS has to offer.

“I love this job,” says Cartwright, who’s pleased to be part of the TCS family. “I’m continually humbled and impressed by what trade commissioners all over the world do,” she adds. “These people are committed to helping companies find opportunities to do their best.”

The Trade Commissioner Service helps Canadian businesses grow by connecting them with its funding and support programs, international opportunities, and its network of trade commissioners in more than 160 cities worldwide.

Grow your innovative business in international markets with: