Doing business beyond Canada’s borders is challenging, but it brings untold advantages. For Canadian companies that identify as LGBTQ2+‑owned, the hurdles and the rewards of exporting can be even greater. 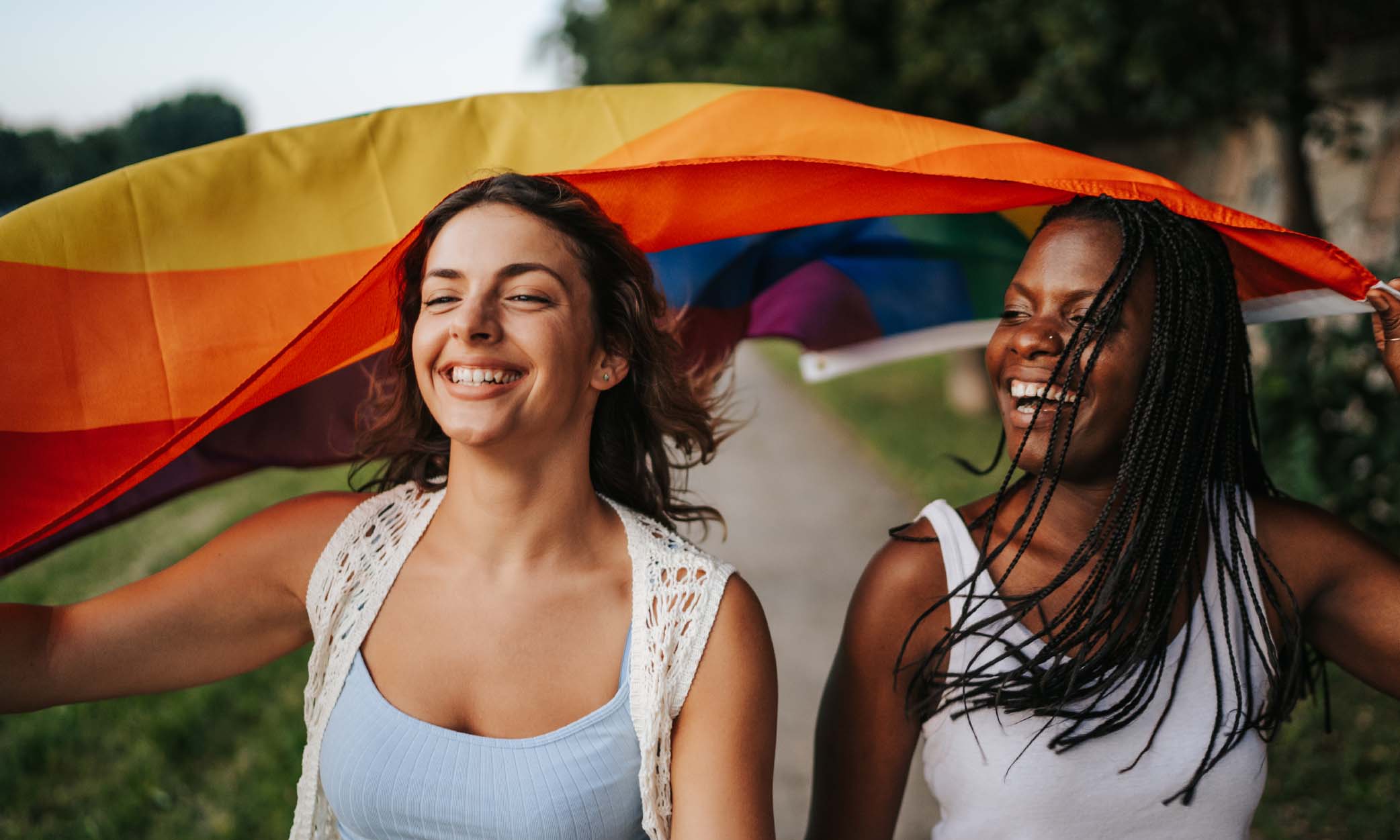 With the assistance of the Canadian Trade Commissioner Service (TCS), these businesses are finding a world of opportunities through supplier diversity programs, trade missions and other global initiatives.

“The TCS has been amazing; they’re really keyed on making sure that LGBTQ2+ businesses and the LGBTQ2+ business community are supported,” says Darrell Schuurman, CEO of CGLCC — Canada’s LGBT+ Chamber of Commerce. The organization certifies LGBTQ2+‑owned companies and represents their interests in the international market. It estimates that there are some 100,000 such businesses in Canada that bring $22 billion in annual economic impact.

The number of these firms that export is small but growing, he says. “Companies are realizing that there’s opportunities and benefits from being diverse‑owned, and they’re looking for how to leverage that abroad.” There can be barriers, Schuurman warns. A 2021 study done by the CGLCC, in partnership with Deloitte, found that 21 percent of LGBTQ2+‑owned businesses said they face challenges succeeding abroad as a result of being part of the LGBTQ2+ community.

He notes that such businesses have been significantly negatively affected by the COVID‑19 pandemic, and have often found themselves navigating support services “that were not necessarily made with them in mind.” At the same time, the pandemic fostered technological competency and democratized meetings through virtual platforms, levelling the playing field for minority‑owned small and medium‑sized enterprises (SMEs). 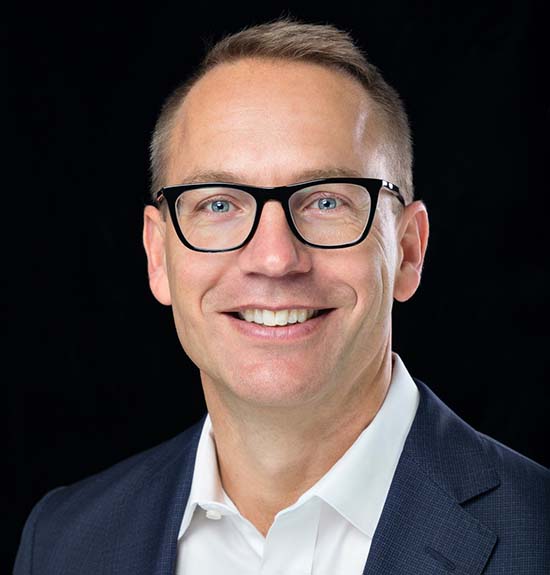 Darrell Schuurman, CEO of of CGLCC

Schuurman says that procurement programs among global corporations that give priority to LGBTQ2+ suppliers, among other diverse groups, are especially opening the doors to such “historically underrepresented” businesses.

The TCS is expanding its efforts to bring the country’s LGBTQ2+ entrepreneurs to the global marketplace, says Geneviève Gougeon, a Trade Commissioner within Global Affairs Canada’s TCS Engagement Division. It’s responsible for promoting international business development and exports among LGBTQ2+ businesses and SMEs owned or led by other under‑represented groups, including women, Indigenous Peoples, visible minorities and youth.

“When these exporters can get their products or services to market, we all benefit,” says Gougeon, whose team manages the relationship between the TCS and CGLCC. “LGBTQ2+ businesses have a lot of potential. We want to make sure they can put their best foot forward and embrace what makes them unique.”

A virtual LGBTQ2+ trade mission to Colombia in March 2021, the first outside the U.S., brought a new dimension to these efforts. Colombia is Canada’s fourth‑largest export destination in South and Central America, and Canadian companies enjoy preferential market access there through the Canada–Colombia Free Trade Agreement.

Gougeon says such trade missions are “a prime opportunity to make connections with like‑minded businesses,” and have the added benefit of “Brand Canada” backing. 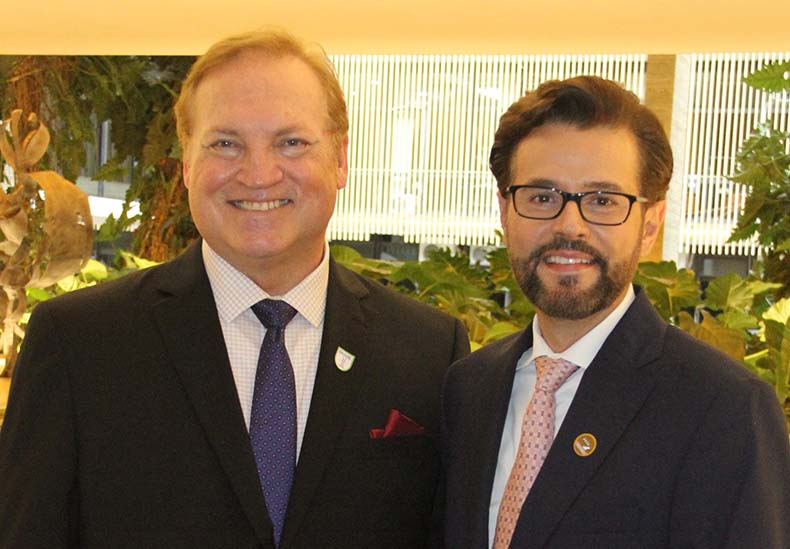 Peter Hawkins, Managing Director of Mellohawk Logistics Inc., an international freight‑forwarding company based in Mississauga, Ontario, has attended each of the three trade missions along with his husband Arnon Melo, who is also a Managing Director for the company. Hawkins says such events offer important visibility and contacts and bring together the LGBTQ2+ trade community, where “everybody supports everybody.”

Hawkins and Melo, who is originally from Brazil, started Mellohawk in 2002. Today the SME has a staff of 16, half of whom identify as non‑binary. The company provides logistics, shipping and international trade and consulting services for exporters throughout the world, with offices and agents in some 65 countries.

Hawkins, who received the CGLCC’s LGBT+ Exporter of the Year Award in 2019, sponsored by Export Development Canada, says it’s critical for diverse companies to be certified. However, he’s aware that his company has lost contracts and clients, at least initially, because of its LGBTQ2+ identification. “They dropped us, but then they came back because we have cheaper rates and better service.”

Melo, who in 2021 was presented with the Order of Rio Branco medal, which is awarded to Brazilian citizens and foreigners for distinguished service to Brazil in the field of international diplomacy, says the TCS lends important credibility. It also brings business leads, expert advice and warm introductions around the world.

“The TCS is gold,” Melo says. “The access they get to high‑level political people, high‑level export‑development people, and high-level trade people is really impressive and tremendously beneficial for us.”

Hawkins adds that the virtual trade mission to Colombia brought contacts and referrals for Mellohawk. While the COVID‑19 pandemic initially meant some “dangerous months” for business, the fact that people are now more comfortable with conducting transactions and holding events online has helped the company. 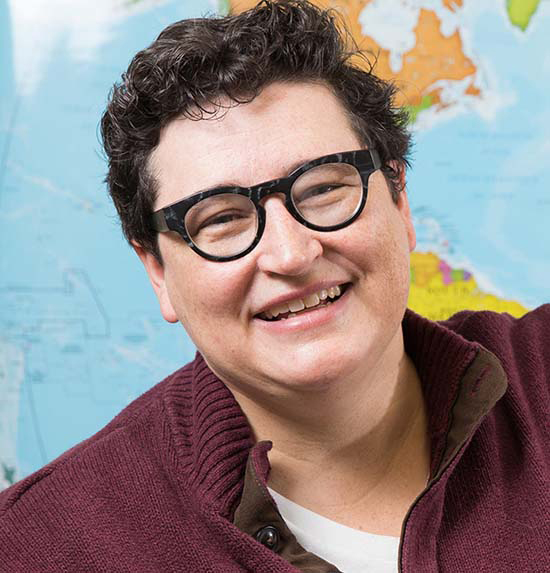 Connie Stacey, president and CEO of Growing Greener Innovations, an Edmonton company that makes a clean‑energy power system called the Grengine for off‑grid use, says her business has “just exploded” through international sales. She notes that many Fortune 500 companies have especially “come to realize that diversity leads to strength in their businesses. In those situations, being out is quite an advantage.”

Her seven‑year‑old company, which is certified as both LGBTQ2+‑owned and woman‑owned, has a staff of 12 and growing, with sales in more than 10 countries. Half its revenues come from outside Canada.

Stacey feels that such success would never have happened without the support of Trade Commissioners in different markets. “I can’t imagine we would be where we are without them,” she says, noting that almost all of the SME’s contracts in some foreign markets come from TCS introductions. “It’s phenomenal.”

She says that while the pandemic has presented challenges—the company took a big hit at the beginning of the crisis when a major project was put on hold—after that “initial scramble” things have gone well. “The pandemic certainly increased people's awareness of the importance of business continuity, backup power and energy efficiency,” says Stacey, who is currently in contract negotiations to sell a system to a prestigious resort in the United Kingdom.

Attitudes can still be a hurdle for LGBTQ2+‑owned businesses looking to export, she cautions, although TCS connections and events help.

“It’s starting to change, but change takes time,” Stacey remarks. “There’s still quite a lot of sexism and discrimination out there, and there’s also the reality that people do business with people they know. If you’re not invited to the dance, then how do you get in to meet the buyers?”

Gougeon acknowledges that “alas, even in 2022, some world markets do not appear to be as open or accepting of LGBTQ2+-made goods, service‑providers and investors as others.”

The TCS can help such business owners strategize to “find the best fit for them and leverage the allies and support community in those markets, because letting businesses do business just makes good business sense,” Gougeon adds. In such international markets, Canada’s local trade teams and political teams also work together to promote LGBTQ2+ rights.