Chief Executive Officer Dr. Sandi Dunn and her team at Phoenix Molecular Designs (PhoenixMD) are breaking new ground in the treatment of triple‑negative breast cancer (TNBC), using novel drugs that block the RSK2 kinase, a molecular target for cancer. As someone closely affected by the adverse effects of breast cancer, Dunn has made it her mission to advance research and treatment options for all those affected. 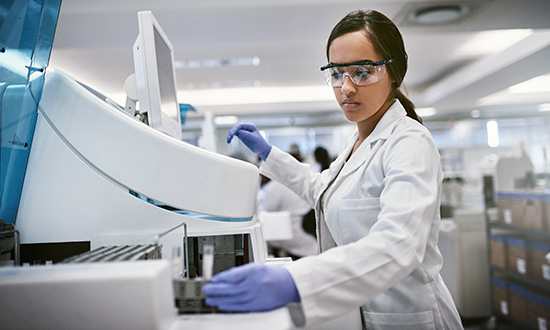 The team discovered a brand new novel drug target for TNBC in the lab. Despite their success, PhoenixMD faced a challenge in actually developing the drug treatment. This was a tall order for a rapidly growing team that needed, expertise, funding and connections to take this step. Thankfully, the Canadian Trade Commissioner Service (TCS) was there to support PhoenixMD.

The TCS provided access to networking events, made strategic introductions to local experts in the biotech community, and facilitated PhoenixMD’s participation in tailored programs focused on growth.

For example, PhoenixMD took part in a Canadian Technology Accelerator (CTA) program in 2016. In the CTA, the company worked with a mentoring team over a one‑year period, with additional conferences to further grow connections. PhoenixMD continued to receive support from San Diego‑based Trade Commissioner Cheryl Rogers for an additional six months in the 2018 Building Relationships, Entrepreneurs and Dealmakers (BREAD) program, which provides high‑intensity services to early‑stage Canadian drug development companies. Fast forward to 2019, when PhoenixMD filed its application with the U.S. Food and Drug Administration to launch its first‑in‑human clinical trial with PMD‑026 to uniquely treat breast cancer. 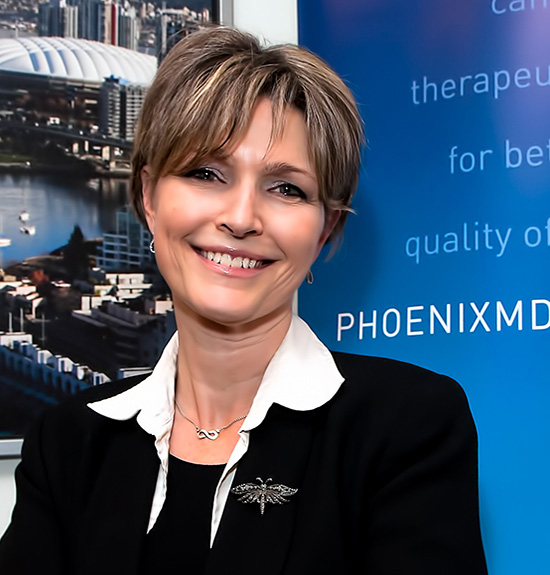 Rogers explains the value proposition of the BREAD program for PhoenixMD.

“The BREAD program gave PhoenixMD exposure to the San Diego biotech ecosystem, … [and] has led to numerous partnerships that continue to guide the company forward,” Rogers says. “With our BREAD program,” she adds, “PhoenixMD enhanced their overall corporate strategy, and improved their scientific data package. This helped to guide them through the path to market, regulatory and reimbursement challenges. … CEO Sandra Dunn took full advantage of the program to build relationships in San Diego. Many of those initial contacts are now either part of the executive and scientific management team or Advisory Board of PhoenixMD.”

“Cheryl really helped to open doors for me, and gave me exposure to people that I would not have had exposure to otherwise,” says Dunn.

As a result of the introductions facilitated by Rogers at a JP Morgan conference in San Diego, Dunn met a contact at Roche, one of the largest biotechnical pharmaceutical companies in the world, and a primary leader in developing breast cancer therapeutics. The partnership grew, and together they developed the first ever companion diagnostic for breast cancer that measures activated RSK2 thereby identifying which patients will most likely benefit from PMD‑026.

Dunn’s journey to success did not happen without introspection. She mentions the work she’s done to accept her own vulnerabilities, and to accept limits to her expertise. This knowledge led Dunn to build her team with experts across different sectors.

“Each one of us brings something to the table that is unique and powerful, and that has allowed us to get to where we are in record time,” she says.

Dunn prioritizes the input of women and breast cancer patients to inform the company’s work. PhoenixMD takes patient advocacy very seriously, such as by including TNBC survivors on the team, and really listens to what patients want when they are on their cancer journey. Many cancer patients say that hair loss from treatments is a big concern, which is why Dunn is proud that the PhoenixMD treatment avoids that side effect. Patient dignity and anonymity while accessing treatment for an aggressive cancer is very important, Dunn says.

“I’m really passionate about giving women time back. Giving them a chance to fight the disease, and to be able to live the life that they have in front of them, and for it to not be cut short.”

Thankful for the opportunities the TCS has provided to her, Dunn believes that loyalty and giving back is an important part of fostering relationships. PhoenixMD is currently partnering with the TCS on a project to help small and medium‑sized enterprises and women in business grow to their full potential.

Dunn explains that the TCS’s meaningful relationship with her company, and its desire for PhoenixMD to succeed, was invaluable in her journey thus far. “It wasn’t corporate, and it wasn’t prescriptive. It was genuine. Absolutely genuine.”

Those genuine connections and the encouragement from Rogers has propelled Dunn and her team at PhoenixMD into a world of possibilities as they continue to lead in their field. Dunn’s advice is to always take the opportunities. “We become great through the opportunities that are given to us.”

Dunn also advises other companies considering expansion to “stay mission‑focused at all times. Remember there are people behind your problem. For me it is women, young women, who need to win in the TNBC fight.”