Seattle‑based Trade Commissioner brings passion and pride to the job

Representatives of the Canadian Trade Commissioner Service (TCS) often speak about their global network as a family, which offers a sense of connection, understanding and purpose as they promote Canadian trade and investment around the world. 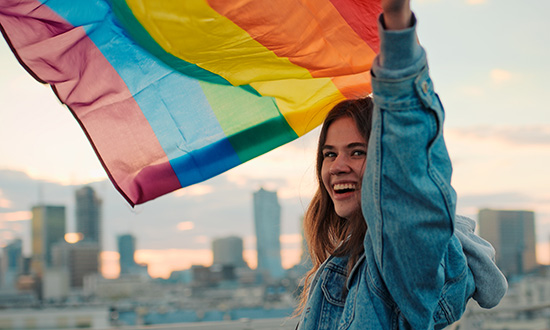 Maddie Morris, a Trade Commissioner in Seattle, especially came to appreciate this while she made a private journey over the last few years. One of the first members of the TCS to openly transition genders, she says working for the government of an inclusive country “was important and reassuring,” as was the support of TCS colleagues near and far.

“Having gone through such a personal change in my life, I’m really grateful for the work family that I’ve been surrounded with here in Seattle, in Ottawa, across Canada and all around the world,” says Morris, 29. The American locally engaged staff (LES) member covers the advanced manufacturing sector in the U.S. Pacific Northwest region.

“I’ve been met with nothing but supportive comments and really embraced for this decision,” she says. “I took a small leap of faith that everything would work out, and I’m happy to say it did.”

A passion for international relations

Growing up in a rural community in Anderson, South Carolina, Morris was the first member of her family to leave the country, when she studied at the University of Edinburgh in her third year of college. “I fell in love with learning about other cultures and new people,” she recalls. Morris returned to Edinburgh for a master’s degree in international relations in 2015, at the same time working in the Scottish Parliament and travelling to Beirut to research her master’s dissertation on the Lebanese economy. 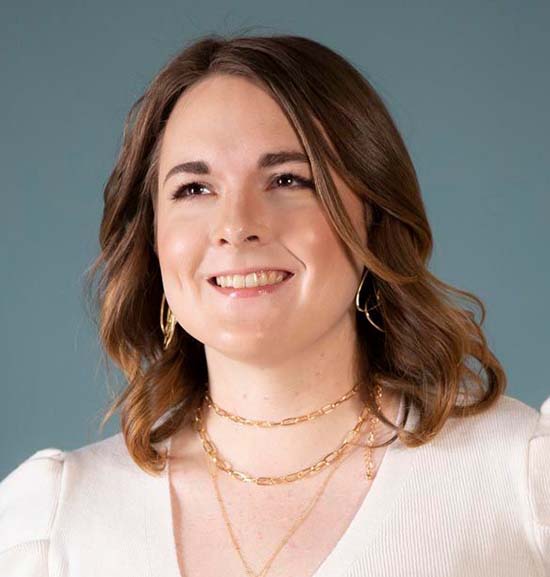 After returning to the U.S., she worked at a public relations agency in Atlanta, representing major corporations. But with her passion for international relations, she eventually took a job there as a Trade and Investment Manager for the United Kingdom’s Department for International Trade, covering the advanced‑engineering sector.

Three years ago, Morris joined the TCS in Seattle, where she became responsible for the same sector. Historically, the role has been focused on the aerospace supply chain, especially with the presence of Boeing, but the region offers good prospects in fields like the maritime sector, she says. Companies like Amazon and Microsoft bring opportunities in areas such as robotics in manufacturing, which she supports along with a TCS colleague who covers technology.

“I only had one life to live”

Morris, meanwhile, had made the decision to transition back in 2014 after she became gravely ill with a 106‑degree fever that caused her brain to swell. Doctors did not think she would survive, “but I made a full recovery, and afterward I realized that I only had one life to live,” Morris recalls. “When my cognitive abilities returned to their full senses, I decided this was something I wanted to pursue.”

The move to Washington State facilitated the transition process, Morris says, because while Atlanta had been an open‑minded city, Seattle was particularly known for being supportive of the LGBTQ2+ community. “It was a place where I felt I could safely walk the streets while I was going through the early stages of the transition process,” she explains, and it was also far removed from her roots in the Southeastern U.S. “I needed some space and distance from my upbringing, a fresh start and a new place to go through this process.”

Making the change amid the COVID‑19 pandemic brought challenges and opportunities. Morris feels the pandemic “really blurred previous ideas of what work‑life balance looks like. It changed what it means to be professional.” She says she hopes one of the “lasting takeaways” of the experience is the need to “lead with empathy” in the workplace. “I received a lot of empathy from Canadian rotational staff and fellow LES as I made this journey,” she explains, which was also important to her work with the TCS.

“It’s hard to understate how important my professional colleagues were to what is ultimately a personal decision, one that would make a significant impact on my work life,” she says. Morris says the COVID‑19 situation made people more mindful of what co‑workers were shouldering in their personal lives. “I was balancing a gender transition with the pandemic, but many folks were facing their own challenging life events as well: sick members of the family, bereavements, divorces.”

On November 30, 2020, the one‑year anniversary of when she started hormone replacement therapy, Morris posted her new name and revised profile picture on LinkedIn, calling it “a more accurate representation of myself.” She thanked colleagues, professional contacts and friends, and expressed the hope that going public would help other members of the transgender community pursue careers in international relations and global governance. “The field of diplomacy needs to include more trans and gender‑queer voices/perspectives,” Morris wrote.

The LinkedIn post “went minorly viral,” she says, indeed it was viewed more than 400,000 times. “I went from less than 30 or 40 folks knowing about me and my name change to about the population of the city of Victoria being aware of my personal life.”

Morris says she “certainly wasn’t expecting the response that that post received,” having intended simply to inform contacts of the change in her name and email address, given her public role as a Trade Commissioner. “I thought that making a little announcement on my LinkedIn was more of a practical element of the transition, to make sure that I was able to continue successfully doing my job,” she says. “But I think a lot of people could probably sense that —while I tried to keep the note formal and the facts straightforward —it was a big personal decision for me.”

Throughout the transition, Morris was grateful for the support of TCS managers, who reminded her to “just keep doing the good work that you’re doing,” she remembers.

“At the end of the day, in a professional context, your name and your gender shouldn’t matter,” Morris explains. “All that matters is that you support Canadian companies that are looking for help exporting into the U.S. market. Or U.S. companies that are looking to open up a footprint, hire folks and incorporate in Canada. Or any other part of the Trade Commissioner role.”

The TCS supports startups and small and medium‑sized enterprises that are founded or run by entrepreneurs from the LGBTQ2+ community, and from other groups in Canada that have traditionally been underrepresented in international trade, Morris notes. One highlight for her over the last three years was leading the 2020 Boeing Launchpad Canada initiative, the first aerospace‑focused TCS accelerator program that partnered directly with a global aerospace original equipment manufacturer (OEM). Of the 10 companies that were selected to participate in the program, eight were owned or led by members of underrepresented groups in Canada, she says. “Just to give Canadian startups and SMEs the chance to speak with a global aerospace OEM such as Boeing, that’s an opportunity they wouldn’t have without the support and voice of the TCS.”

That all requires persistence, Morris says, especially as lead‑times are immense in the aerospace and maritime supply chains and the advanced-manufacturing sector. “It takes a long‑term commitment to your client companies to ensure they can succeed.”

The pandemic has made the work even more demanding, and Trade Commissioners “have been busy as ever” with companies wanting services digitally and looking for help shipping goods cross‑border. Morris looks forward to an era of improved mobility. “I’m really excited that it’s becoming easier to travel across the border again.”

She has spent time in Vancouver but is looking forward to getting to Quebec City, Montreal, Toronto and Ottawa. She’d also like to visit Banff and to travel across Canada by train. “That’s on my bucket list.”

“A duty and an obligation to be visible”

She feels “a duty and an obligation to be visible as a transgender Trade Commissioner,” noting that it’s “hard to understate the importance of seeing someone like you out in the world.”

Morris hopes any visibility “that comes from my public transition will help other transgender and gender‑queer folks see that international relations and global trade is an option for them.” She says the world can be a “scary place for members of our community. And I think working in international relations, in international trade, gives you a really great opportunity to make a global impact on the way gender in the workplace is viewed.”

She ultimately wants to change the “image of what a diplomat, or a diplomatic services representative, looks like.” It’s also important to encourage people with varied backgrounds to get involved in international relations, Morris adds. “The more diverse perspectives and experiences we can have around the table, the closer we can get to creating real solutions to global issues.”