A silver anniversary for the Canada–Chile Free Trade Agreement

On June 6, 2022, Chilean President Gabriel Boric made his first official visit to Ottawa. The visit to Canada was one of President Boric’s first trips abroad since taking office, underscoring the strong ties the two countries have shared since diplomatic relations were established more than 80 years ago. The visit took place four weeks before the 25th anniversary of the Canada–Chile Free Trade Agreement (CCFTA). 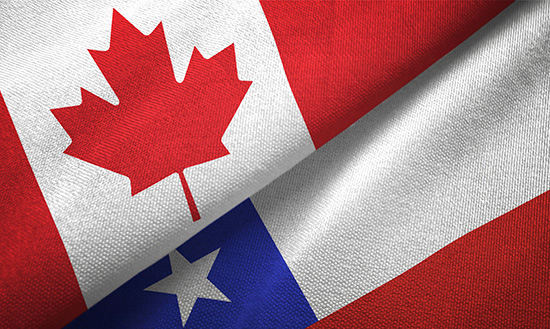 The CCFTA came into force on July 5, 1997, and was a landmark agreement for both countries. It was Canada’s first free trade agreement (FTA) with a Central or South American country. For Chile, the CCFTA was the first comprehensive agreement of its kind with a major industrialized country. Today, the CCFTA is the cornerstone of Canada’s strong and growing trade and investment relationship with Chile.

Since its entry into force, the CCFTA has benefited both countries and provided opportunities for Canadian and Chilean companies alike. Bilateral merchandise trade between Canada and Chile has quadrupled since the CCFTA entered into force – to $3.0 billion in 2021. That year, Canada exported more than $1.2 billion in merchandise to Chile, compared to $392 million at the onset of the agreement in 1997.

CanadExport recently spoke with Carlos Rojas‑Arbulú, Canada’s Senior Trade Commissioner in Chile, about the impact the CCFTA has had and opportunities for Canadian companies in the Chilean market. He says that “building trust amongst our respective countries has been a fundamental benefit throughout these first 25 years, cementing the building blocks for the next 25 years. With trust has come exposure and valuable experience,” which have been key to identifying and capitalizing on business opportunities. 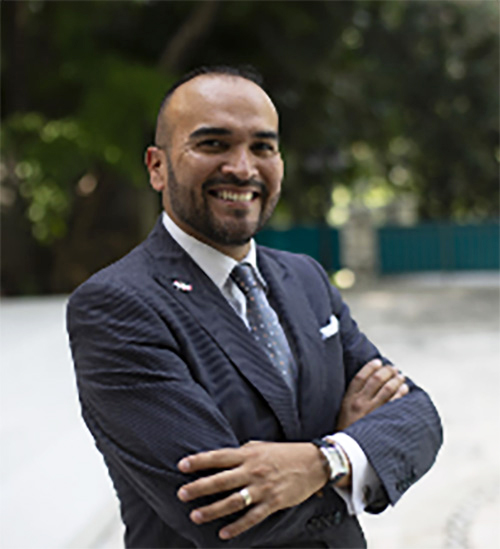 The Canadian Trade Commissioner Service (TCS) team he leads in Chile’s capital takes seriously its role in promoting the benefits of the CCFTA and helping Canadian companies do business and find partners in Chile. “Every day our dedicated team of professionals serves Canadian companies looking for opportunities to expand to international markets. Whether it is new or seasoned exporters, the TCS provides market insight and sound advice” on the right approach to the Chilean market, Rojas‑Arbulú says. “This includes providing reliable intelligence on a sector, access to a network of potential partners, distributors or buyers, as well as an understanding of the advantages that the CCFTA may offer to the client.”

In 1997, the stock of Canadian direct investment in Chile was valued at $3.9 billion. By the end of 2020, it had grown to $22.4 billion, making Chile Canada’s top investment destination in Central and South America, and Canada the second most important foreign investor overall in Chile and the largest in the mining industry. In addition to mining, Canadian firms also have major investments in sectors such as financial services, insurance, energy (including renewables), chemical, infrastructure, engineering, and agriculture and aquaculture.

“We are convinced that this position would not have taken place had it not been for the confidence and experience built throughout the CCFTA growth story,” says Rojas‑Arbulú. Indeed, a new report documenting the first 25 years of the agreement, commissioned by the Embassy of Canada to Chile, refers to the Canadian investments in Chile as an “impressive legacy of the CCFTA.”

Patricio Cañete is a Trade Commissioner who started his career with the TCS in Santiago 25 years ago. With his longstanding tenure at the TCS office in the Chilean capital, he has unique and first‑hand experience of the positive impact of the CCFTA. According to Cañete, there was a lot of excitement and expectation before the CCFTA entered into force. “The CCFTA was a longstanding desire for Chile. Being able to sign a modern FTA with a G7 country for the first time in Chile’s history was a success for the government of [then‑president Eduardo Frei Ruiz‑Tagle] and its coalition at the time. It has proven to be a great economic and political achievement,” he says.

Cañete has also observed some major changes in the nature of Canada’s trade with Chile over the first 25 years of the CCFTA, including a more diversified range of Canadian product exports. The majority of trade gains have come from new trade, in other words, products that were not traded prior to the CCFTA and for which the CCFTA reduced the entry threshold. The new products accounted for 90 percent of the net increase in the value of Canadian exports to Chile. “In the past 25 years, we have been able to see not only a tangible increase in bilateral exports/imports, but also in terms of products,” Cañete says. “Canadian exports to Chile have diversified and shifted from mostly commodity‑based exports (oil and wheat) to more value‑added products, including more capital goods, machinery and industrial equipment.”

Exports of Canadian services have also increased. As noted in the new CCFTA report mentioned above, Canadian service exports to Chile have more than doubled over the lifespan of the agreement to date, from $120 million in 1997 to $244 million in 2020. As new technologies emerge and the digital transformation continues to accelerate, service exports are expected to grow and become an even more important part of Canada’s trade with Chile and global trade writ large.

The CCFTA itself has also evolved over the years, and Canada and Chile have taken multiple steps to broaden and modernize the agreement to keep up with the changing social and economic context. According to Rojas‑Arbulú, “this includes several updates to accelerate the elimination of tariffs between Canada and Chile, as well as updates to the applicable rules of origin for products and procedures” and the addition of new chapters.

Most recently, in 2019, the CCFTA was modernized to include a Trade and Gender Chapter, reflecting the importance for both countries of applying a gender perspective to economic and trade issues to ensure that economic growth benefits everyone. For Canada, this update represented a historic achievement: the first stand‑alone chapter on trade and gender in a Canadian FTA, and the first for any G20 country. Under that chapter, Rojas‑Arbulú says, “Canada and Chile have implemented 15 activities to advance trade and gender, including workshops, video conferences, Gender‑based Analysis Plus training and other activities.”

In addition to the CCFTA, Canada and Chile are partners in the Comprehensive and Progressive Agreement for Trans‑Pacific Partnership (CPTPP), a free trade agreement between Canada and 10 other Asia‑Pacific countries: Australia, Brunei, Chile, Japan, Malaysia, Mexico, New Zealand, Peru, Singapore and Vietnam. While the agreement is already in force for eight countries, including Canada, Chile has not yet completed its ratification process. Should Chile ratify the CPTPP, the two agreements will complement each other, Rojas‑Arbulú notes. “Both agreements provide preferential market access and clear trading rules for Canadian exporters. [They] will be able to choose to use the CPTPP or the recently modernized CCFTA, depending on which provides the most benefits in their particular case.”

With more than 80 years of diplomatic relations between Canada and Chile, the CCFTA already in force and benefiting Canadian companies, and the CPTPP potentially on the horizon, Rojas‑Arbulú sees a bright future for Canada’s commercial relationship with Chile. “While we stand on [opposite] ends of the Americas, the similarities and affinities are substantial, with similar values and principles that allows us to work well” together bilaterally and multilaterally, he says. “There is a reason why Chile chose Canada as its first truly international destination following the election of Gabriel Boric’s government, and there is a reason why our leaders have spoken on the phone twice and met in person in Ottawa and in Los Angeles on the margins of the Summit of the Americas” in June of 2022.

Rojas‑Arbulú says Canadian companies can find business opportunities for their products and services in a numbers of sectors in Chile, including aerospace and defence; clean technology; education; forestry and wood products; information and communication technology; infrastructure; and mining.

Contact the TCS team in Santiago for more information, and visit the TCS website to learn how its programs and services can help you expand into Chile and other global markets.