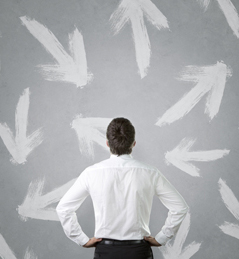 Expanding from the home market is almost always a necessary step to growing a company, says Dr. Brian D. Smith, an academic, author and adviser.

Smith, a recognised authority on implementing competitive business strategies in medical markets, is a professor at SDA Bocconi in Milan and Open University Business School in the United Kingdom. He says in his field it's rare for companies to optimise their return on investment from a home market. This is especially true for countries the size of Canada, he says.

Here are three mistakes he says companies should avoid.

One mistake small companies often make is to try to do market research like big companies, says Smith.

He says small businesses wrongly think they need “fantastic accuracy” in their data. But, for example, a small Canadian company exporting cancer medication does not need to know whether the available market is five billion or six billion, Smith says.

“Don't spend lots of money finding out precisely the size of the market, which is exactly the sort of information that the Canadian Trade Commissioner Service can help with,” he advises. “Instead find out what type of customers would like your product.”

He says small companies are better off spending money to send their sales and marketing staff to the target market to talk to people about their preferences instead of excessively analyzing the size of the market.

“You'll get much better data if you're asking the right questions,” Smith says.

Smith advises small businesses to buy some market research that has been produced for a number of companies that will give a basic outline of the size of the market. “Then spend the rest of your money getting qualitative insight,” he says.

What companies really need to know is what they have to do to get customers to buy their product.

“The trick to success for any small company in any market is not to go head-on with the competition but to sidestep them,” says Smith.

Companies can sidestep their competition by specifically targeting a niche market that has unique needs, he says. They can do this by researching the segmentation of the market and then designing their product to match the needs of one of the segments, says Smith. The cancer medication might have fewer side effects and encourage better compliance, for example.

“Many companies try to do too many countries at once, spread themselves too thin and fail,” he says. “Focus is the key to success in exporting.”

Smith says companies often make the “one per cent mistake” by looking at the size of the market and determining that if they capture one per cent of that market, they will be successful.

“Put like that it's a very plausible convincing strategy,” says Smith. But he says companies should be considering other factors.

If the company is selling a drug that targets a certain type of cancer, for example, the target market is not simply every patient with that disease.

“You can only sell to patients who have that disease, can tolerate the side effects, live in those countries that are willing to pay that amount of money for treatment and have a doctor who believes in the new technology,” he says. “In the end, your available market, as opposed to your theoretical market, could actually be very small.”

He advises that companies be realistic in their expectations by looking at the available market instead of the theoretical market.

Businesses trying to develop internationally don't have to do all the exporting themselves, says Smith.

He says some companies could benefit from using international partners.

“If you do it yourself you'll make a larger return because there isn't an intermediary taking some of the profit,” says Smith. “But on the other hand, you'll have to invest more by setting up offices and hiring people and so on.”

Smith says companies need to make the decision based on their own unique situation.

“There is no right answer, only an answer that is right for the firm in question,” he says.

For example, Smith says, businesses often find it easier to licence out or hire a distributor for simple products. But to sell complex, support-intensive products, such as specialised technology, services or combinations of therapeutics and diagnostics, a company may need to set up its own business office in the international market.

Whatever decision a company makes, the Canadian Trade Commissioner Service can help. He says he and his colleagues can either help a company find international partners or help to set up a business in another country.