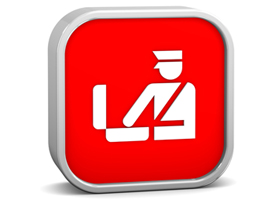 Some might say the ATA Carnet is the most important document after your passport.

The ATA Carnet is widely used by the business community for the temporary importation of a multitude of goods into countries worldwide. The document covers commercial samples, professional equipment, and goods for presentation or use at trade fairs, shows and exhibitions.

The initials "ATA" are an acronym of the French and English words "Admission Temporaire/Temporary Admission".

There are currently 71 countries that are part of the program, with more joining every year. Many foreign authorities view the ATA Carnet as the only acceptable document for duty- and tax-free temporary importation of goods.

Armed with the ATA Carnet, business people can make advance customs arrangements at a predetermined cost, visit several countries, use the ATA Carnet for several trips during its one-year validity, and return to the home country without problems or delays.

In Canada, the Canadian Chamber of Commerce administers the operation of the ATA Carnet System.

To learn more about the Carnet Program, register for training sessions scheduled in major cities across Canada this spring.

The ATA Carnet training session will help Canadian companies to:

Interested parties can view a copy of the agenda online, or register for one of the events, by visiting the ‘upcoming events’ section of the Canadian Chamber of Commerce website. Copies of the agenda can also be obtained by emailing carnetottawa@chamber.ca or calling 1-800-661-2930.