Crowdsourcing, the online practice of soliciting services, ideas or content from undefined groups both online and offline, is gaining in popularity among companies as an inexpensive way to accomplish costly or tedious tasks, like accessing key market intelligence. 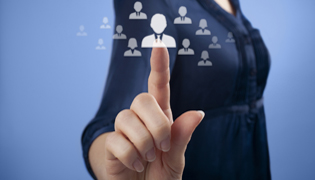 Major brands like Coca-Cola, Doritos and Google have found success in crowdsourcing design but how effective is crowdsourcing for gaining reliable market intelligence?

According to one expert, using crowdsourcing to research foreign markets is not necessarily worth the time and money for small- and medium-sized enterprises. You must consider both your industry and the country you want to work in before turning to social media for advice, says Anatoliy Gruzd, assistant professor in the School of Information Management and director of the Dalhousie Social Media Lab.

“Using social media to solicit ideas, advice and services may sound easy and effective, but it's not necessarily the best strategy for small- and medium-sized enterprises (SMEs), he says.

Gruzd says that companies must consider both the industry and the country they want to work in before deciding whether to research foreign markets through crowdsourcing. In some industries, only expert opinions are relevant.

“Ask yourself: Am I looking for expert opinions or can the average person actually contribute their insight to this?” he says. If you aren't interested in the average person's opinion, using crowdsourcing is probably not worth it, he says.

Gruzd says that you must also consider the country you're researching and whether people in that country regularly use social media.

“Not everybody is as well-connected as Canadians,” he cautions. “As a result, you might be getting a recommendation or suggestion on how to do business in a certain country but it is coming from a fellow Canadian.”

“In a country with a low Internet and social media penetration rate, it would be questionable for foreign investors to use social media and online communities to do crowdsourcing activities,” Gruzd adds.

Sharon M. McIntyre, the Chief Marketing Officer for Calgary-based Chaordix, a company that specializes in crowdsourcing market intelligence, says that crowdsourcing does have its place in foreign market research.

For example, a Canadian company may need help if one of the products it is exporting gets stuck at the border, she says. “I bet there is a question on Quora or a group on LinkedIn of people who exports from Canada to that country that could help you,” says McIntyre.

But how do you know if the information reliable?

If you decide to use crowdsourcing to research foreign markets, you must take steps to ensure that the information you get is credible, according to both Gruzd and McIntyre.

“Some social media sites allow people to remain anonymous,” says Gruzd. “We can't really know where the recommendation is coming from.”

McIntyre advises SMEs to be cautious when using websites like Twitter — which she says is like a “great big suggestion box with anonymous people stuffing it” — for anything more than preliminary research.

Instead, McIntyre recommends SMEs use social media websites such as Quora and LinkedIn that have a better reputation for giving quality advice. “Your chances of getting credible information from people who have actually done what they say they have done is very high on both of those platforms,” she says.