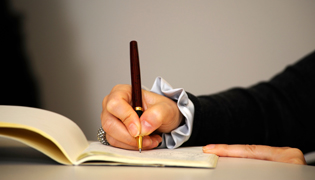 “It's important to have legal documentation for your commercial operations,” he says. “Hopefully there are no disputes and you don't need to rely on it but at least you know it's there.”

He says if a partner refuses to negotiate a written contract this may be a warning sign about their intentions or commitment to the project.

These written agreements have several benefits. First, they limit the risks of misunderstandings that often cause business disputes. They can also encourage cooperation by including specific consequences of contract breaches. And, if a dispute does arise, the documents can help in arbitration and legal proceedings.

“We try to document everything,” says Kim, who works in the Vancouver office of the industrial water treatment company. BioteQ and its partner, the Jiangxi Copper Company (JCC), operate a water treatment plant at China's Dexing Mine and are currently completing their fourth water treatment project.

When signing an agreement with a Chinese partner, check that the company is legally registered and that the person signing the agreement has the authority to do so from the legal representative. Canadian companies should also make sure to sign their contracts with the party that negotiated the agreement so their partner isn't shifting legal liabilities.

Some Chinese companies are sometimes hesitant to sign contracts due to a lack of proficiency in English or French. The Canadian Trade Commissioner Service recommends that you get the document translated and ensure that the terms are the same in both languages. Now that commercial agreements are becoming increasingly common in China, they are often prepared in both parties' languages.

Standard North American contracts are unlikely to provide adequate protection in China, so use a Chinese lawyer to adapt your terms to the specific transaction or review your adapted terms.

One way to ensure that your Chinese partner is agreeing to your terms is to have them stamp every page of the agreement with their official stamp — known as a “chop” — which is registered with China’s Public Security Bureau.

Also, agreements are only valid if they comply with Chinese laws and regulations. One area that Canadian companies must pay particular attention to is the business scope of their Chinese partner, which determines the activities in which the partner is allowed to become involved. Your agreement will be void if it falls outside of this business scope. You can find out a partner's business scope by looking up its business licence or file with the State Administration for Industry and Commerce.

“It's a very different environment in China. There are a lot of rules,” he says.

The TCS also recommends that you ensure your contract is proportional to the size and importance of your business deal. You don't need dozens of pages of complex terms and conditions when you're making a relatively straightforward purchase.

But even in the most basic of contracts, you must include an exit clause to prevent the end of the business relationship from becoming complicated and expensive. You could, for example, specify that all intellectual property must be transferred back to your company if your partner breaches the contract.

You can specify in your agreement that Canadian law will apply in a dispute. However, Chinese companies are often reluctant to allow this and, since Chinese courts are not experienced with Canadian law, they could end up using Chinese law by default. As well, a Canadian court's decision may not be enforceable in China.

So, all the Canadian businesses, put your pens up and get a contract signed.