When OpenText Corp. opened a new office in Singapore last year, a large two-headed lion was among the guests joining the celebrations. The costumed figure and accompanying band of drummers were there to bring good luck and prosperity to the new space where the Canadian software giant has moved its regional headquarters. 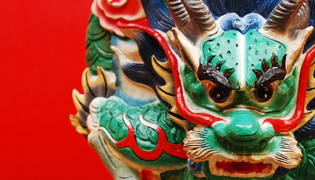 It was a traditional cultural element not to be overlooked at grand occasions like the office opening, says OpenText CEO Mark Barrenechea. "We combined a celebration, recognition and a ceremony into one event," he recalls, "and it was fun."

With a youthful population of more than 600 million, an estimated GDP of over $2.2 trillion, strong links to its well-to-do neighbours and plans to become a single market by the end of 2015, ASEAN is brimming with opportunity for Canadians, according to a recent study.

Titled ASEAN Commercial Opportunities Study for Canadian Business, the report prepared for the Government of Canada by the newly created Canada-ASEAN Business Council (CABC), looks at the relative importance of the dynamic region for Canadians. It acts as a guide to ASEAN's prospects and challenges for small and medium-size enterprises.

In terms of commercial opportunities, the report notes that global attention in recent years has tended to focus on China and India, but many see ASEAN as an alternative that offers preferential access to those markets. In its 20-year "march towards economic integration," ASEAN has signed free trade agreements with "economically significant neighbours," it notes, including China and India as well as Japan, South Korea, Australia and New Zealand. The promise of regional integration has also increased international interest in ASEAN as an investment destination.

ASEAN is largely a collection of small to mid-sized, fast-growing, low-middle income economies, the report says, although business-savvy Singapore and oil-rich Brunei are affluent anomalies. It suggests that six sectors in ASEAN offer the best opportunity for Canadian SMEs: aerospace, agri-food, automotive, clean-tech, ICT and oil and gas.

In August 2012, the Government of Canada announced the creation of the Canada-ASEAN Business Council (CABC). This dynamic private-sector organisation promotes Canadian trade and investment opportunities throughout Southeast Asia. In October of this year, the CABC sponsored the first ASEAN-Canada Business Forum in Singapore, which was attended by some 220 participants, including business and political leaders from Canada and throughout Southeast Asia.

A recent report prepared for the Government of Canada by the newly created Canada-ASEAN Business Council looks at the prospects and challenges of doing business with the Association of Southeast Asian Nations (ASEAN), as well as the history and future of Canada's commercial relations with the region. Among the highlights:

Barrenechea says that the region is a perfect market for OpenText's enterprise management products, given its meteoric growth rate and spending in areas such as infrastructure, construction, financial services, telecommunications and regulated industries.

"You can't fathom the pace unless you stand on the ground and you can see it all around you," he says.

One strategy for deciding where to locate in ASEAN is that "you've got to think of clusters," Barrenechea says. For example, OpenText has combined Singapore, Indonesia and Malaysia into one cluster, with its headquarters in Singapore, housing 50 employees. He says the countries are similar in terms of attracting talent, as well as their languages and cultures. Their market size, GDP and IT spend are also robust.

It's important to have a presence on the ground there, he says. "To be successful in any country, you have to be part of that country." This includes being mindful about local sensitivities and traditions in ASEAN, from inviting the lion dancers to the office opening ceremonies in Singapore to installing nationals to head each of its locations.

"Singaporeans want to buy from Singaporeans," he says, adding that the Asia-Pacific region is also "partner-centric," and local managers "know the partner network."

Marc-Andre Gervais, president of Solmax International, a Quebec company that makes durable membranes that protect soils and groundwater from contamination in landfills, mines and industry, agrees. The company, which has markets in 70 countries worldwide, opened a plant in Malaysia in 2009 in order to get a competitive price in the region for the polyethylene it uses in its products, as well as to get closer to the vast market in Asia Pacific and beyond.

The 35 local staff at the Solmax plant in Port Klang, Kuala Lumpur's seaport, are loyal, hard-working and highly competent, acting "like it's their own business," Gervais says. "You need to have very good people, you need to trust them."

The company originally considered locating in China, especially to tap into the market there, but found that Malaysia offered a much better port and infrastructure, for example. It also has reasonable costs, a location right in the middle of the region and a young, well-educated population that largely speaks English and uses British accounting and legal systems.

The CABC report notes that labour-intensive manufacturing is shifting away from China to ASEAN, and that organizations often locate in ASEAN in order to diversify their Asian investments beyond just being in China. The report notes that the region is seen as more stable than other parts of Asia, while global capital is additionally looking to reap the future benefits of the anticipated demographic dividend in countries such as Indonesia, Vietnam and the Philippines.

Gervais says that in ASEAN, the company has found good distributors among local entrepreneurs and contractors, who exchange information with one another country by country. "People are very close, they know each other."

He says Malaysia has offered assistance to Solmax in many ways. For example, the Malaysian Investment Development Authority helped the company work through levels of bureaucracy and regulations. The Malaysians also provided tax breaks for locating there that "made a difference, compared with other countries."

The report notes that the ASEAN members competing for investment dollars offer many incentives and perks, especially in "priority sectors" and for companies that commit to provide training and skills development. It advises Canadian businesses to explore the different offers and packages available when deciding where to locate.

Solmax has also gotten a helping hand from the Trade Commissioner Service in the region, Gervais says.

"We owe them a lot," he remarks, noting that his office keeps in touch with the TCS in Kuala Lumpur and has found the service's assistance helpful elsewhere. "When we want to target a new market, it's always the first door we knock on."

Barrenechea stresses that the TCS and other Canadian organizations "get it right" by holding events, opening doors, offering access and advice, all of which helps to build confidence and trust. "Introductions from trade commissioners can be invaluable."