The fleet has survived the southern ocean with a few tough injuries, but the race must go on. Praxes Medica Group, the small Canadian health services company, is now reaching into the Australian market, using the Trade Commissioner Service to gain a foothold down under.

We’ve arrived in Oz! The clipper yachts made it to Western Australia two weeks ago, having crossed 5,000 miles of southern ocean, and after a short rest raced on to Sydney. The Albany — Sydney leg was won by Canadian Skipper Eric Holden, much to the delight of the Canadian sailing community who has named Eric Canadian sailor of the month!

The winds in the southern ocean reached over 100 knots at times and with the huge waves we had some broken ribs and wrists. Ocean racing is definitely a dangerous sport! Giant waves chased the yachts in the roaring 40’s so you can imagine how busy a time it was for us.

There were two early medevacs that dealt with serious injuries shortly after the fleet left Cape Town. We received 29 calls on race 4 (Cape Town to Albany, West Australia) — the most so far. Of these incidents, 15 were handled in virtual clinics that we operated on the pier in Albany last week. We deal with as many medical incidents as we can without sending people to hospitals — this keeps Clipper insurance rates down and improves remote health care. So far, 55 medical calls have come from the fleet since the race began. 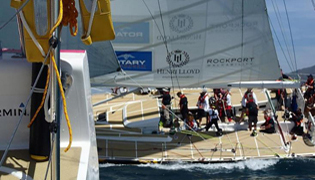 On the business side, we are wondering what the Australian market has to offer our small Canadian company. There are great mining, oil and gas, and marine sectors so there may be excellent prospects for us. We know that there are existing medical suppliers to these industries in Australia. If they are not supplying a 24/7 emergency physician support system, perhaps they may have potential as resellers of our service.

Trade commissioners in Australia are assisting us with this — thanks to Nigel Sabin and his team — by curating potential partners who might be a good match. They are also making key introduction for us — introductions that are critical to our efforts in the Australian market. I can’t think of a better way to fast track our business development efforts.

What then? What can we do 12,000 miles away? Well, when we identify potential partners in a new market we contact them, exchange a non-disclosure agreement and if there is interest, we do web-based demos of our service to move the discussion forward.

We’ll be sure to keep you posted and happy new year to all CanadExport readers. On to the next leg of this amazing race! 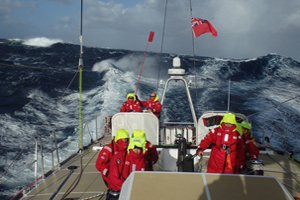 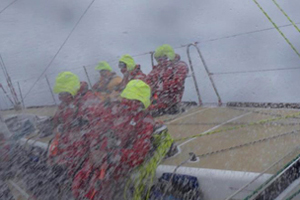