The adaptation imperative in exporting

H.G. Wells wrote of the imperative in nature to “adapt or perish.” The same could be said of the export market: companies that sell goods and services abroad must continuously modify their products to suit global or local needs.

Major fast-food chains, big-box stores and Internet commerce sites have flopped in marketplaces abroad because they failed to appeal to foreign tastes and pocketbooks, or because offerings suitable for one audience just never hit their stride internationally. 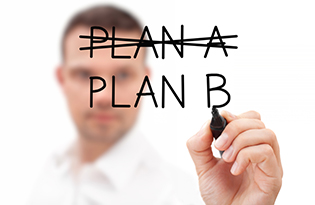 To Gustavo Zentner, president of InterPOC (International Point of Commerce), an international trade consultancy headquartered in Winnipeg, adaptation is critical to global success. He helps Canadian companies tailor what they sell and how they sell it to meet the requirements of foreign customers, and to avoid the kinds of mistakes that can hamper exporters seeking the widest possible sales.

“Companies have to learn to transition from traditional ways to stay ahead of the curve,” says Zentner, an exporter and entrepreneur who provides advice to companies developing global strategies and looking to expand into foreign markets.

Zentner noticed the need for adaptation some 15 years ago when he worked for a company that exports equipment for the food processing industry. The machines could be modified to meet foreign standards and be more suited to a globally integrated supply chain, he recalls.

“You have to be able to meet the actual need that your clients have,” he says, while ensuring that the resulting product will have as broad a market elsewhere as possible.

Among the many pitfalls that companies face when growing their business at the international level is “jumping the gun” on global sales, he says. “There are many elements that companies need to plan for to pursue a real sustainable business,” he says, noting that rushing in can mean they “make only one sale or transaction.”

This is often because a product is designed to Canadian standards and needs to be modified to work for other markets, budgets and purposes.

“It can be too robust, too heavy, or overbuilt for what is needed, so you’re going to be pricing yourself out of the market,” Zentner explains, although in some cases countries have even higher standards that Canadian products don’t meet. “You have to do your homework.”

When Multicrete Systems Inc., a Winnipeg-based company that makes materials and equipment for the mining and tunnelling industries, recently set up operations in Peru and Chile, it found that a modified form of sprayed-on concrete called “shotcrete” that gives strength to tunnel walls was more suitable for underground mines there.

Georg Nickel, president and CEO of Multicrete, says the wet shotcrete product typically used in such environments has a limited shelf-life and is heavy and cumbersome to transport into such mines, which can be two kilometres below the earth’s surface. Multicrete has developed a product called “Hybrid WET Shotcrete” that is dried out, pre-blended, and carried underground and stored, ready to be mixed with water in smaller batches, as it’s needed.

“We look to optimize the process,” Nickel says. “We have the ability to introduce new materials, new capabilities, and new products.”

Nickel says the new shotcrete is due to be used later this year in a copper and zinc mine high in the Andes in the Yauli region of Peru. He says that such mines can save thousands of dollars a day using the material. It reduces waste and limits the impact of the process on the environment, while it meets the highest technical, safety and environmental standards and can be tweaked to suit any local conditions, such as high altitudes or frozen ground.

Zentner, who works on contract with Multicrete, acting as the company’s director of business development, says the shotcrete industry is a good example of another aspect of adaptation: the ability to source materials locally. Some 80 percent of concrete consists of sand and gravel, which is easily and inexpensively found in most places throughout the world, although Nickel cautions that it’s important to pay attention to its quality. Multicrete also has local fabrication shops in Peru and Chile to make the silos, bins and hoppers used to hold and mix its materials on site, he says, overseen by the company’s technical supervisors, who pay close attention to standards.

With a global supply chain, Zentner says it’s often cost effective to make or buy even individual components of a product in the country it’s destined for and then assemble it there, which can reduce the costs of transportation, insurance, tariffs and duties.

“There are many positives on the business economics side of it,” he stresses, including greater profits, market share and business repetition.

If a machine is going to be made up of some off-the-shelf components in the destination country or elsewhere, he says, that often means it has to be designed so it’s adaptable in the first place, for example with a casing that can handle components of slightly different shapes and sizes. For the ultimate versatility, products can be made in cells or blocks that are interchangeable.

Countries also may have variable standards that must be accommodated, like their electrical power supply. Then of course one has to consider if the product is being sold into a market with Imperial or metric units, Zentner says, noting that it’s wiser to work in metric because it’s used in more countries. “You need to be able to sell more things to more people.”

It often pays to simplify products destined for emerging markets, he says. They might originally be designed with electronic components, for example, which don’t work if they get dirty or wet, and they could fail easily. Re-tooling such devices with mechanical components makes them more competitive, because they are less likely to break down, and they have lower maintenance costs.

However, while products should not be overly complex, “a degree of Canadian-made or cutting-edge technology” can be helpful, says Zentner. That way a Canadian company can have a better chance of retaining control over its intellectual property. It will also remain “in the loop for repeat business,” and it can maintain relationships with customers looking for spare parts or technical assistance. “Those are tremendous value elements in your business model.”

Multicrete’s special additives and the processes it uses to enhance its concretes and grouts are an example of such innovations. Nickel jokingly refers to these as his “Colonel Sanders secret ingredients,” but they are critical in helping the company ensure quality control, giving it responsibility for supervision and follow-up.

He points out that working offshore can make Canadian companies more innovative, especially as they often encounter different conditions that might require adaptations. They also don’t face the resistance often found in North America, where he notes that the mining industry is “very traditional…it’s difficult to change.”

Zentner notes that how items are shipped should also be somewhat flexible, given variations in infrastructure. Goods that are sent overseas in outsize containers might not be able to be handled at a smaller port or carried on narrow roads in a developing country.

“Then you’re going to have a problem,” Zentner warns, advising companies to ship such products in pieces, if possible, to be put together at their final destination.

Companies such as Multicrete can make adaptations part of their business continuity plans, he says. “It’s important not to have just one purchase order.”

The ability of Canadian companies to make such modifications will also be good for the wider export field in Canada, he says, helping our exporters integrate into profitable international supply chains.

“We have a possibility to regain Canadian competitiveness in manufacturing,” he adds. “It’s about being more cost-effective in our output.”