India's promise: Make it there, make it anywhere

It has a population of more than 1.2 billion, boasts a growing middle class that’s already the size of England and Germany combined, and offers endless business potential in sectors from infrastructure to retail. 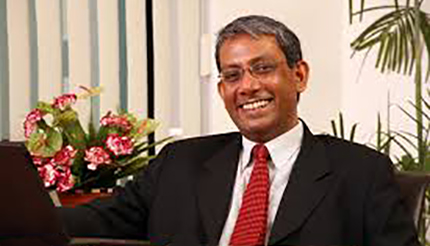 Yet to Ravi Venkatesan, India is also one of the most challenging countries in the world to operate. He’s experienced that first-hand, as the former CEO of Cummins India and Microsoft India. Now he’s determined to equip companies large and small with the tools and the attitude to get it right there—and beyond.

“This is a market with tremendous opportunity, but it’s difficult,” he says. “If you can crack the code in India, you can do it anywhere.”

Venkatesan has written a book, called Conquering the Chaos, published by Harvard Business Review Press, about how to succeed in the Indian market. In direct and colourful language, he relates his own experiences and quotes “global business leaders, who are increasingly disillusioned and pessimistic about India’s prospects.” Yet he is equally outspoken about India’s enormous possibilities—and its imperative as an archetype for most emerging markets.

“It’s easy to give up on India, but it’s a big, big mistake,” he says. Venkatesan notes that Canadians should be particularly optimistic about India after the country recently elected a business-friendly government, one he says is intent on making India an easier place to do business.

“It's the first time in 30 years that a single party has a clear majority in Parliament. So they aren't these unwieldy coalitions with conflicting ideas. So a very clear and stable mandate for change,” he says.

From the trenches to the boardroom

Venkatesan was born in New Delhi, moving to the United States to pursue graduate studies in engineering at Purdue University and then an MBA at Harvard. He was lured back to India in 1996 to rescue Cummins from a troubled joint venture, only intending to stay for a short time. In eight years, he oversaw the company’s transformation into a leading provider of automotive engines in India, and helped Cummins open the country’s first engineering college for women. Moving to Microsoft, he made India the company’s largest and one of its fastest-growing geographies, leaving the position in 2011 with Microsoft doing nearly $1 billion in business there.

Now based in Bangalore, he sits on boards of companies such as Volvo and Infosys, and helped found a venture philanthropy fund for social enterprises. He writes, lectures and comments extensively on social media about issues from governance to development in India.

“This is a fascinating part of the world,” he says, adding that he feels an obligation to the country, while at the same time encouraging companies to make an effort there. “Being Indian, I felt that if I wasn’t willing to help, who will?”

He decided to research and write his book when he saw companies “getting disenchanted with India,” he says. As well as interviewing the CEOs and senior leaders of 30 major companies, he felt that he was able to offer insights “from the trenches and the boardroom,” and has a voice that major companies and those in government listen to.

Conquering the Chaos is one of the top business books in India, and while sales have been brisk elsewhere in the world, he worries that the country has “lost much of its shine” among foreign companies.

Many multinationals there are in what he calls the “one per cent club,” content to “muddle along” and have India contribute a “trivial” one per cent to their global revenues and profits. Others stay away entirely, or they have come and gone, he laments.

“The really sad thing is that, unlike most countries, we don’t have to do much to attract companies. We just have to stop repelling them,” he says. “You’ve got companies trying to come and sell to 1.2 billion people, but we’re doing a good job of scaring them away.”

He notices that they often leave for other emerging markets that are considered “hot,” but find themselves “pretty disappointed” there as well.

“You have the same things in terms of obstacles and challenges in all these other countries: terrible governance, weak institutions, a lot of corruption and lawlessness, bad infrastructure,” he says. “And they’re far shallower in their potential than India.”

Why bother with India?

If they look more closely at India, Venkatesan says, companies will see that it has better-quality institutions, as well as a “semblance of rule-of-law” and a large pool of managerial and technical talent, not to mention its “demographic dividend.” Half of India’s population is below the age of 25, and there is a massive middle class with “huge aspirations,” he points out. “If you can make it in India, least you’ve got a giant market, and you’ll be richly rewarded.”

When Venkatesan first arrived in India, the country was still gradually opening up to the West, liberalizing and reforming its economy. By 2004 it was “galloping” with 8 to 9 per cent growth, but then in 2011 “all the air went out of the balloon.”

India today “appears to be at a tipping point,” he writes in his book. “Massive corruption scandals, weak kleptocratic political leadership, divisive politics, stalled reforms and a decelerating economy are making Indians and foreigners alike question the future.”

The current growth rate of 4 per cent “feels like a recession,” he comments, and job creation has largely stalled.

“There are 15 million more young people coming into the workforce every year…They are getting restless,” he says. “India needs companies that bring investment, create jobs and offer know-how.”

For such companies, he says, the market requires someone at the helm who can cope with uncertainty, is culturally curious and is willing to “wallow in the marketplace”

Venkatesan’s book largely focuses on larger companies but is equally relevant to SMEs, he stresses, noting that smaller companies actually have an advantage in India because their founders or owners are still directly involved in operations. Larger companies, on the other hand, tend to be more bureaucratic and diffused.

“Someone who’s got real decision-making authority needs to show up,” he says. “You have to invest in an airline ticket; that’s not much.”

While many companies in the past have done “pathetically” in India, some “have been spectacularly successful,” he says. Such companies gain in more ways than financially; they are able to slim down their cost structures, develop talent and enhance their business processes and products in ways that can be applied to similar markets.

“Success in India means improving your company,” he says, especially because it brings businesses to their roots and core strengths, something that many chief executives no longer focus on.

“They’ve forgotten the ABCs of what made them successful in the first place,” he remarks, adding that the experience of locating in an emerging market like India or Africa should make companies more innovative.

“You learn to compete all over again,” he says, recalling “when the company was founded, with an entrepreneur at the helm of things…You have to recreate that magic.”

India has many lessons to teach, he says, advising companies to use it “as a laboratory” and apply the results elsewhere. “You have to learn marketing 101 again…Figure it out and then you have a recipe you can replicate.”

John Deere, for example, redesigned its huge combines—which he says were “bigger than a typical Indian farm”—to suit the market there. It came out with a new tractor that was much smaller, more robust and stripped of all unnecessary (and costly) bells and whistles.

“You have to fundamentally reinvent the product, the process, the business model, the emotional connect with the farmer,” he says. “There’s no legacy to draw on.”

Success in the Indian market “more importantly is that litmus test that tells you you’re going to succeed in all these other places,” he says, adding that the inverse is also true. “I guarantee that if you stub your toe here, you’re going to be pulling your hair out everywhere.”

Another advantage of—and lesson from—India is that is has enormous talent, although “it’s raw talent,” he cautions. The workers are “hungry and willing to learn,” but require time, effort and funds, with the most successful companies providing extensive training.

“If you’re not willing to make those investments, you’re not going to get a knowledgeable workforce,” he warns, adding that such training is necessary “at every level of the company.” But it will pay off, creating loyalty and “growing leaders” who can then be used to build the business, not just in India but in other challenging settings. “India’s a talent pool for all emerging markets.”

For the company leadership, success in India can foster a new mindset about taking on new ventures, for example. “Once you realize this market is not so bad, your appetite for risk, your perception of risk, completely changes.”

A passion for India

Venkatesan says that India does not have an institutional bias against foreign companies making it big there, which some countries do.

“India is what I call ‘equal-opportunity difficult,’” he quips. “It’s as difficult for Indian companies as for Western companies to succeed.”

He’s concerned that India’s window of opportunity is going to close soon. He and a group of associates have started Unitus Seed Fund, which invests in early-stage social enterprises that create jobs and target social problems there.

The fund has so far invested in 10 small businesses, he says, focused on opportunities such as training, skills development, an online marketplace for co-operatives and a couple of healthcare ventures targeting lower-income people.

“I’m here because I care about India… Once you engage emotionally with any country, the passion tends to flow,” he says. “You have to be optimistic.”

India is also important in a much wider sense, as a stable democracy in the region and a model to other emerging economies, he adds. “The West—Canada, the U.S, Europe—should care about India’s success.”

Venkatesan hopes his book is a wake-up call for companies to recognize the “huge opportunity” that India presents, as well as what will happen if they fail to build a strong market position there. “You can’t overlook the world’s third-largest economy, in purchasing parity, without consequences.”