How to survive and thrive in emerging markets

As a small Canadian company that makes cooling equipment for industrial uses, Berg Chilling Systems Inc. has plenty of work close to home. Yet president Don Berggren looks far and wide to expand the company's market. 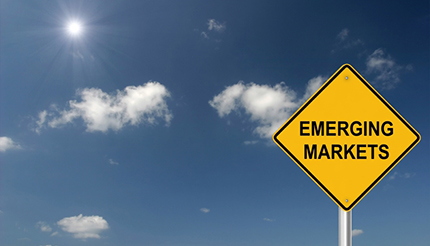 The family-owned company, with 70 employees who design, make and sell chillers to cool processes that generate heat, for example in the plastics, food, mining and oil & gas fields, especially looks to emerging markets for growth.

After its founding in Toronto in 1973, Berg “hung onto the shirt-tails of our clients,” as they moved out into the world, Berggren recalls, selling its customized cooling systems to companies in Mexico and Europe and then finding new customers in ever-more challenging spots. Today, through word-of-mouth and a reputation for quality “that speaks very loudly,” Berg has supplied equipment to more than 50 countries.

“We see tremendous opportunities in all parts of the world,” says Berggren, noting that the company most recently found a market for its technology in a gold mine in Burkina Faso as well as providing industrial ice machines and chillers for various industrial processes in Cameroon and China. “You shouldn’t shy away from an opportunity just because it’s across the ocean.”

It’s an attitude and advice that more small Canadian companies with strong capabilities should follow, says Danielle Goldfarb, associate director of the Conference Board of Canada’s Global Commerce Centre.

Fast-growth markets now account for half of the global economy, she says, yet recent Conference Board studies show that Canadian companies still mainly export to slow-growth markets. Our exports have “flat-lined” over the last decade, she notes, as Canadian companies continue to concentrate on the U.S. and other traditional economies, and our market share in those places declines.

A recent report by the Conference Board of Canada titled Not for Beginners: Should SMEs Go to Fast-Growth Markets? suggests that businesses and governments “rethink and reframe” the options available to small companies entering emerging markets, given the significant risk of failure. “Exporting directly to these markets is not the only way to seize the benefits of growth in the developing world,” it says. “Other strategies may be less risky, such as selling into the supply chains of multinationals based in Canada or the U.S. that are also active in fast-growth markets. Or companies may want to build up their capabilities in Canada or in less challenging markets first, with a long-term goal of getting into fast-growth markets.”

The report notes that while SMEs account for the “vast majority” of Canada’s exporters, only a small number of SMEs export. Those that export account for about one-third of Canada’s overall exports, while a “tiny group” of SME exporters accounts for most of these exports. Indeed, fewer than 550 businesses account for more than 70 per cent of SME goods exports.

Most Canadian SME export revenue continues to come from the U.S. market—74 per cent in 2011, compared with only 7 per cent from Asia and 2 per cent from Latin America. Canadian SME exports to the so-called BRIC economies (Brazil, Russia, India, and China) represented only $5.5 billion in 2009. Even with these relatively small shares and volumes, SMEs are leading the way in diversifying exports to non-U.S. markets, the report says, especially to fast-growth markets. Companies with fewer than 200 employees account for more than half of Canada’s export growth to many Asian markets. Small companies account for almost all the export growth to markets such as Thailand, India, Singapore and Hong Kong.

The studies note unexpected sectors where Canadian companies do particularly well in the emerging world, including cosmetics, pet food, photonics, computer and IT services. They also detail the strategies and characteristics of those small exporters such as Berg that are successful in such economies.

“There’s a small group of SMEs that accounts for most of the trade with emerging markets,” says Goldfarb. “Those are the companies that are doubling their sales every year in these markets, growing extremely rapidly and developing new products. They’re able to figure out where the next market will be, and developing a coherent plan to go there.”

Poor performers meanwhile are particularly noteworthy for their failures in fast-growth markets. The Conference Board studies found that for the weakest group of companies, sales drop by 70 per cent annually on average, and they exit these markets in less than a year.

Challenges for SMEs “can be formidable” in emerging markets, the studies conclude, including problems getting access to financing and having a significant presence on the ground in these relationship-centric markets. There are also different cultures, languages and regulations, great distances and possible corruption to deal with, among other difficulties.

“Lots of entrepreneurs are not willing to take the risk,” says Alberto Quiroz, vice-president of sales at Consolidated Energy Solutions Inc., a Toronto company that makes equipment to control humidity in supermarkets. With sales largely in Canada and the U.S., the 16-year-old company, which has 25 employees, plans to market its products in Mexico starting next year.

Quiroz, a Certified International Trade Professional and board member at the Forum for International Trade Training, says that Mexico is a good choice for companies in Canada looking for an emerging market to try, because the two have “extremely similar” electrical and safety standards, time zones and business cultures, for instance. The country is among a group of next-tier emerging markets known as MINT—Mexico, Indonesia, Nigeria and Türkiye—that are expected to do well in the coming years.

Companies with success in such markets include those that are experienced and innovative and that are able to match their strengths to a particular country’s needs, Goldfarb says. One measure of success of SMEs in emerging markets is whether they can constantly introduce new products and amend existing products, she points out. “The more you’re able to do that the more you’re able to boost your sales and ensure your company’s survival.”

Establishing a global reputation “is really critical,” she says. “You won’t be competing as much on price, you’ll be competing on your innovative advantages and the strength of your product or service.”

Berggren says Berg has benefited from “outside-the-box” thinking to find new uses for its cooling products, and the company is constantly innovating. “I’d rather invest in improved technology than invest in lawyers to protect my technology,” he says. “It’s better to stay ahead of the curve than to defend an old one.”

He says that the internet is a “fabulous tool,” allowing Berg to research potential clients and publicize its expertise in the cooling field. “There’s a level of confidence that’s established that leads to business,” he explains, adding that Berg fully tests all of its devices before shipping them to ensure it sends out high-quality products. “That’s saved us a pile of dough; we’re not doing warranty calls half way around the world.”

In Berg’s early days there were worries about getting paid, so money was requested up front, he remembers. Today there’s financial information about companies readily available online, as well as credit and transaction insurance.

Quiroz says that getting paid is the biggest fear that small companies mention when going to emerging markets. He notes that one software company even put a lock with a timer on its product that was activated 30 days after its invoice was sent. The product stopped working until the user punched in a code, which was only provided if a cheque had been sent.

Payments will flow once trust is established, he says, adding that patience is critical in establishing a company in an emerging market. “It’s not that you go and you come back with an order…It’s an investment and it pays—hopefully well.”

Goldfarb says the business owner must first be committed to the emerging market. “This is not about making a quick buck.”

It’s important for companies to have a “realistic understanding” of the challenges they face, develop a concrete market-entry strategy and find trusted local partners, she suggests. Firms can learn about the market they are entering through services such as the Canadian Trade Commissioner Service, as well as business councils and even city twinning arrangements. “Small companies can be extremely successful in these markets, but they need to be prepared.”

Don’t expect too much too soon, Goldfarb adds.

“There’s definitely going to be bumps in the road,” she says. “Companies must be prepared for a longer-term commitment—in other words if something bad happens in year one they don’t immediately pull out, they’ve thought this through, that it’s going to be a couple of years before they really build their business in this area.”