Lessons from the greatest supply chain disaster in Canadian history

When Target Corporation announced in February that it lost $1-billion in Canada last year, many industry-watchers saw it coming. The disastrous expansion of the iconic discount chain north of the border had been marked by empty store shelves, high prices and poor customer satisfaction overall. 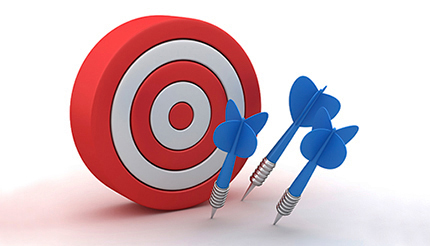 For Canadian retailing and supply chain experts, the larger story is what actually went wrong in Target’s first year here, and what can be learned from it. They say that the retailer’s failed launch in Canada is a textbook case for companies looking to successfully move into any new market.

“Target made all the mistakes in the book; it’s not a surprise that they lost a billion dollars,” says Antony Karabus, CEO of HRC Advisory, a retail consulting firm based in Toronto and Chicago.

The number one lesson from Target’s rocky Canadian start was the impossibly tall order that the company set out for itself by opening 124 stores and three massive distribution centres across the country at roughly the same time, Karabus says.

“They simply tried to do too much at once,” he says, adding that this led to (or was a factor in) many of the giant chain’s other problems. These include the fact that Target didn’t have enough experienced senior Canadian leadership, didn’t pay attention to local pricing, failed to offer a “wow factor” to potential shoppers, didn’t get its supply chain right, was stuck with poor locations and misjudged its competition and customer loyalty in the “value” retail sector. “They really didn’t get it right.”

Marc Wulfraat, president of MWPVL International Inc., a logistics and supply chain consulting firm in Montreal, agrees that opening up more than one hundred stores at once in an entirely new market “is difficult to do without a catastrophe at the finish line.” He suggests that it’s better to use a “phased approach” in such cases.

A gradual launch of the chain would have helped Target avoid one of its largest difficulties, he says, the fact that its massive “computerized-assisted ordering” system appeared to be faulty, leaving store shelves to sit empty while warehouses were “bursting.” Wulfraat suggests that the initial data set-up for the system was likely poor because it was done too quickly and applied to too many items and locations.

“They just completely lost control of inventory,” he says, explaining that if Target had simply gotten one or two test stores up and running first, it may have recognized and been able to troubleshoot and repair its distribution issues. “History will show this as being one of the greatest supply chain disasters in Canadian history.”

Other problems, such as difficulties between Target and its vendors, could have been a result of the company’s American-style management, Wulfraat points out. “You need local feet on the ground if you’re entering a new country. You need people who understand merchandising and local tastes and needs.”

Prices at stores in Canada are higher than those in the U.S. “for lots of reasons,” he says. It’s important to have a system in place to ensure they’re set properly, as well as to address unrealistic price expectations and perceptions among shoppers. There are also many cultural differences between countries that companies have to take into account, such as attitudes toward union involvement that often wreak havoc with employee relations and lead to bad publicity, Wulfraat says.

“You can’t just assume that the new market you’re entering into operates anywhere close to the one you’re used to,” he explains, noting for example that Target’s vendor-partners sent 4th of July merchandise to stores here, not having any idea that it isn’t a Canadian holiday. “That type of ignorance is unforgiveable when you’re entering a new country.”

Karabus says Target should have staged special events, contests and “door-crasher” specials that appealed to its grass-roots audience, to get shoppers excited. “You’ve got to create a compelling reason to bring people to your store and get them to stay.”

Another U.S. chain entering Canada, Nordstrom, has “built anticipation,” for example celebrating the opening of its first store in Calgary in September at a huge sold-out gala in support of the Alberta Children's Hospital Foundation and United Way of Calgary. And a U.S. discount shoe retailer, Designer Shoe Warehouse, which opened its first two Canadian big-box stores in August in the Toronto area, promoted the stores through social media and coupons, bringing hundreds of people to wait in line at the openings.

“They did a bunch of things that drove incredible traffic,” Karabus remarks. Target, conversely, undertook glitzy marketing initiatives that didn’t appeal to its segment of the market, he notes, such as rebranding a boutique hotel to its own name during the Toronto International Film Festival.

The fact that Target didn’t understand local pricing is a “typical mistake,” Karabus points out, which especially hurt the chain at the value end of the market. “Canadians are smart, they don’t expect to be gouged,” he says, noting that the chain is now lowering its prices, although it could still have difficulty in the sector, which is dominated by huge names such as Walmart, Costco, Canadian Tire and Giant Tiger.

“You’ve got to be realistic and practical about the size of the market that’s available to you,” he says.

Because Target’s stores are mostly in that Karabus calls “poky” locations vacated by the foundering Zeller’s chain, they don’t reflect the Target’s brand, he says. The company is now starting to open some purpose-built stores that “look like real Targets.”

He notes that many Canadian companies have had success in foreign markets by doing things right. Aldo Shoes of Montreal, with stores in more than 80 countries around the world, has been one of Canada’s most successful exports, he says, finding local partners and excellent locations wherever it goes and getting involved in hip cause-marketing campaigns, which capitalize on its youthful demographic. Lululemon Athletica and The Running Room have also been successful with community events and offerings such as free yoga and running clubs that bring in new customers.

Can Target Canada be fixed? In August, Target issued a statement outlining a number of key initiatives to improve its business performance, as well as to “better deliver the Target brand experience to Canadian guests from coast to coast.”

These include a number of merchandise moves, such as a long-term partnership with celebrity designer Sarah Richardson. It has a new price-match policy and has undertaken a number of measures to address its supply chain issues.

“We’ve been listening to our guests and taking a hard look at where we need to improve,” Mark Schindele, president of Target Canada, said in the statement. “We’ve uncovered the root cause of some of our challenges and are focused on three main areas: improving in-stocks, sharpening our pricing strategy and enhancing our merchandise assortment.”

The problems at the giant chain “are still bad,” although the situation is getting better, and “it’s a great lesson for others,” Wulfraat says.

“Target is a great company,” he adds. “At the end of the day they were just too ambitious.”