Italy has one of the largest economies in the world and is developing ambitious plans to renew its public infrastructure. Investments are expected in rail and road networks, ports and hospitals, and it also plans to improve its lagging digital economy. 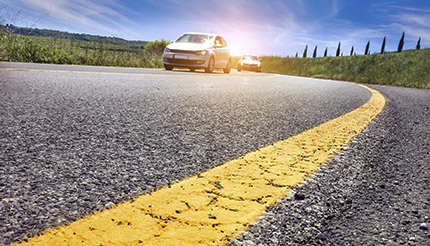 Canadian firms will now be able to bid on many of these projects, with the enhanced access to government procurement that the Comprehensive Economic and Trade Agreement (CETA) will provide.

Yet Italy can be a complex and cumbersome place for foreign companies to do business, given its bureaucratic regulations, administrative layers, language and cultural barriers, and demanding business environment.

Now a study commissioned by the Canadian Embassy to Italy is helping Canadian businesses navigate the country’s many challenges and capitalize on its myriad opportunities for public procurement.

The study, done by the Bocconi University School of Management in Milan, suggests that while Italy can be a difficult market, there are changes and improvements coming to public administration in the country. The possibilities are endless for innovative Canadian SMEs that partner with local companies and find niches to work in.

“We’re talking about an economy that is about 30 percent larger than Canada’s and is already one of the largest export markets—indeed a growing one—for us,” says Patrizia Giuliotti, a trade commissioner at the embassy who is responsible for the energy, environment, infrastructure and green building sectors. “A lot of the country’s public infrastructure needs to be renewed—roads, ports, airports, local transit, water treatment plants, hospitals—and that will all move forward in the next few years.”

According to the Bocconi study, the government’s Strategic Infrastructures Plan, which covers roads, highways, railways, subways, ports, water infrastructure and energy networks, is currently valued at about € 231 billion.

Giuliotti says the embassy commissioned the study in order to allow Canadian companies to have better access and be more successful in this lucrative procurement market, especially under CETA.

The report, which has been summarized in a guide and a webinar, both available on the embassy website, notes that Italy’s public sector is highly fragmented. This is the case both institutionally, with different administrative layers and often conflicting and overlapping powers, as well as organizationally, with a lot of small-sized organizations.

“Italy is a country with an advanced economy and sophisticated infrastructure. The opportunities are there, but it’s complex, you have to know how to approach it,” says Giuliotti, noting that it is particularly important for foreign companies to find local partners to get ahead.

“You need to know how to do things in an Italian context,” she remarks, and “simple mistakes can have repercussions,” especially with the emphasis in Italy on formality and accuracy in how contracts are written, for example.

• Italy has a population of 60 million and is the 9th largest economy in the world.

Emmanuel Kamarianakis, the Senior Trade Commissioner at the embassy, says that working with a local partner is one of the key routes to success for Canadian companies that want to get into procurement in Italy. “Italians know best how to navigate the regulations that govern procurement here and how to work in this environment.”

Canadian companies involved in public procurement mostly provide consulting services and technologies involved in projects, he says. Two-way trade between Canada and Italy grew by a healthy 12 percent in 2013; Canadian exports to Italy were valued at $1.96 billion, with imports valued at $5.8 billion.

There has been a substantial increase in the numbers this year, says Kamarianakis, with growth of more than 200 percent recorded up to June 2014, which currently makes Italy our seventh-largest export market.

“Italy remains a significant global economy and a major player in the world, which brings significant opportunities for Canadians from an export and investment point of view, as well as in terms of innovation,” Kamarianakis says.

One of the key benefits of CETA is going to be increased access to government procurement in Europe, he notes. “Italy has one of the largest and most significant markets for public procurement. It’s challenging but potentially very lucrative.”

One of the largest Canadian companies involved in procurement in Italy is Golder Associates, a professional services firm based in Toronto that is active in 35 countries. It performs earth sciences, ground engineering and environmental services in sectors from transportation systems to waste and water management.

Jean-François Bolduc, president of Golder Europe Holdings Inc., says that Golder Associates Italy, which has some 200 employees and contractors and has been operating for almost 25 years, is the largest environmental consulting firm in the country. The company’s success is largely due to the fact that it is managed and led by a strong and cohesive Italian team of managers and partners.

“We are local, we know the industry’s needs, the national and regional regulations, we know how to do a great job to satisfy all stakeholders involved,” he says. “Having had a long-term footprint in the country is essential.”

Golder leverages the technical skills of its vast international network to support its business in Italy. Its senior staff develop the right commercial and delivery strategy through their knowledge of the local regulators and they have business connections to tap into Italy’s many prospects, he says. “The country presents important business opportunities for Golder.”

Golder finds that Italy is also a good springboard to other markets, for example in Africa, Central Asia and the Middle East. “We see a big upside in following Italian companies at the international level,” Bolduc says, adding that it’s important to develop “key client relationships” to pursue these outbound revenues. “Italian companies want to invest abroad and appreciate involving quality suppliers present in Italy.”

A much smaller company, Magma Energy Italia, of Arezzo, Italy, which is developing geothermal projects in the country, is succeeding as a partnership between a Canadian and an Italian business. Magma, which has seven full-time employees, currently owns the rights to two geothermal leases in Tuscany near Larderello, which is known for its long-term geothermal energy production.

CEO Fausto Batini says the company was started in 2010 by Alterra Power Corp., based in Vancouver, but it found that there were difficulties in getting approvals from local authorities to perform its exploration activities. With many bureaucratic delays, the process took years longer than similar projects that Batini developed in the United States, for example.

“The process of authorization is not always smooth, and sometimes the rules can change along the way,” he says, adding that things improved when Alterra joined with Arezzo-based Graziella Green Power last year.

Magma expects to be producing geothermal power in about three years, says Batini, noting that renewable energy is one of many areas where there are enormous opportunities for public procurement in the country.

“Italy has many barriers to foreign companies, but there can be rewards for those that have success,” says Veronica Vecchi, a professor of public management at Bocconi University and a co-author of the study done for the Canadian embassy.

Vecchi, an expert in public procurement and public-private partnerships (PPP), says that Italy has a long history of contracts being “linked to politics.” Infrastructure is thus developed “in a very poor way and at a very high cost,” she says. “It leaves the country lagging behind.”

In order to attract foreign investment, the government is now making a “big effort” to reduce corruption, collusion and other moral hazards, she points out. “We desperately need more competition—competition based on know-how and innovative capacity—to develop infrastructure in a suitable way.”

Change is difficult, especially because it requires a “cultural revolution” and it goes against the powers strongly rooted in institutions and society, she says. “The system is so complicated, and the bureaucracy is very strong and very rooted, so that even if you change the political level, you can’t change completely the administrative structure, at least in the short term.”

The dominant judicial culture among authorities and the high level of litigations make the approach to public procurements highly formal, despite the fact that the majority of rules should be deeply inspired by EU directives, based on principles rather than rigid rules, she comments. “The latter certainly makes it harder to attract new players, even from abroad.”

Given Italy’s high level of public debt, PPPs are recognized as “maybe the only game in town in order to close the infrastructure gap in a more efficient way,” she comments, although she is concerned that they be carried out with as much transparency as possible and with a new approach. With its expertise in PPPs, Canada could “bring to Italy new competencies useful to stimulate more completion and innovation in the market of infrastructure.”

Giuliotti says that public procurement can be a springboard to manufacturing and other sectors. She notes that Italy is particularly focusing on the “digital agenda,” where it lags behind other countries, and “Canada has a lot to share in the ICT field.”

It’s important for Canadian companies to dedicate resources and time to the Italian market and to have a local presence, she advises. “You can’t just do everything online.” The assistance of the Trade Commissioner Service (TCS) is also critical to succeeding in Italy, she adds. “We know the country, we know the players, we know the legislation. We can direct you in how to do business here.”

Batini says that his company is grateful for the assistance and support of the TCS, from setting up meetings with the Italian ministry of economic development to inviting Magma to events and conferences on renewable energy.

The Bocconi report will be helpful for investors and companies looking to do business in Italy, he adds, noting that they need to be patient and stalwart in dealing with the country’s complexities.

“The potential is here,” he says.