Why bidding on NATO contracts can boost your bottom line

The challenges of tapping into NATO procurement are many, including its vast bureaucracy, distant locations and an intricate bidding process for contracts. Yet for exporters that are able to conquer its complications, the NATO market is immense and rewarding. 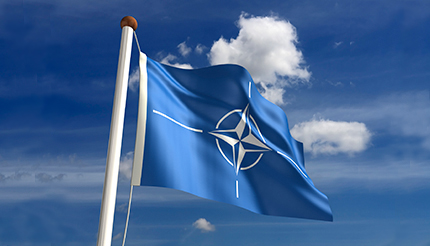 “The opportunities for our industry are here, and it’s not just for the big players; small companies have a place at NATO as well,” says Lieutenant-Colonel Jim Bates, the Canadian National Technical Expert, known as the NATEX, to the NATO Communications and Information Agency (NCIA) in Brussels.

The NCIA is one of the two major entry-points for Canadian companies wanting to do business with NATO, he says. It is responsible for all of the ICT projects the organization undertakes, with contracts for goods and services worth about €600 million annually. The other is the NATO Support Agency (NSPA) in Luxemburg, which deals with logistics and supply chain projects, valued at a whopping €2.5 billion a year.

The Canadian NATEX position was created and Lt.-Col. Bates assumed his role in 2012, with the realization that Canada had been underperforming in the NATO market. The goal of Canada’s efforts is to ensure that Canadian companies “get a fair shake,” he says, by enhancing their visibility and competitiveness. “The numbers show that Canadian industry has plenty of room to expand into NATO.”

NATO’s budgets are financed by its 28 member nations. Contracts involve competition among industry from these countries and are usually awarded based on the lowest price or best value. The work involved ranges from high-tech projects such as the IT modernization of NATO, cyber defence operations, friendly-force tracking equipment and security systems to support services such as fuel delivery, camp services, firefighting and airfield support at bases.

As a founding member of NATO, Canada has a long history of contributing to and doing business with the organization. We are responsible for 5.9 percent of all NATO budgets, with an overall annual contribution of €100 million to €160 million. This includes €40 million for the NATO Security Investment Programme (NSIP), which looks after capital investment projects valued at about €700 million a year.

However, studies have revealed that Canadian companies won only a small fraction of NATO contracts between 2006 and 2012, while industries in the United States and the U.K. were given work valued at approximately what those nations contributed to the organization. Companies in France and Belgium, meanwhile, won contracts valued at four times their countries’ national NATO contributions.

“Statistics show that companies located in Belgium are among the most successful in winning NATO business, both in terms of actual number of contracts and value,” remarks Anouk Montminy, a trade commissioner responsible for the defence and security sector at the Canadian Embassy in Brussels.

The TCS works hand in hand with the NATEX, says Lt.-Col. Bates, who acts as a NATO liaison for Canadian industry, ensuring that our companies are informed of business opportunities and technical requirements, for instance, as well as introducing them at NATO and proactively informing them about prospects.

Canadian companies looking for NATO contracts should particularly get in touch with the Joint Delegation of Canada to NATO, a diplomatic mission headed by the Canadian Permanent Representative to the North Atlantic Council and staffed by personnel from DFATD and the Department of National Defence. It helps companies obtain the certification required to undertake NATO work, and it can provide useful information and access to opportunities from specific NATO bodies.

Getting as much advance notice as possible of contracts is a critical part of the process, Lt.-Col. Bates notes. For example, while requests-for-proposals for NATO work are posted on the Public Works and Government Services Canada website, “if your first awareness of an opportunity is the RFP then you’re usually too late,” he comments. “It takes time; it’s not simply reading the document.”

Companies especially should have a presence in Europe if they want to be a success in the NATO marketplace, he says, suggesting that companies have a proxy or a physical office there.

For instance Calgary-based ATCO Structures & Logistics, which has a long history supplying NATO with support services from catering to waste management, is currently providing services to NATO in Afghanistan, Bosnia and Kosovo and has subsidiary offices in Hungary and Portugal. These offices allow the company to manage operations more efficiently and economically. As well, having closer proximity to NATO command and procurement stakeholders throughout Europe gives ATCO an improved ability learn of new opportunities and pursue them accordingly.

Rick Bowes, ATCO’s senior director of business development, says the locations support the company’s operations in Afghanistan and allow it to “visit and work closely with NATO HQ when responding to tenders.”

He says that there’s definitely a nexus of power around NATO HQ in terms of how money flows. “Those countries that have committed military capabilities to current operations tend to have a greater moral influence at NATO when it comes to determining procurement priorities and preferred bidder arrangements,” he says.

He says that ATCO typically teams up with local partners to provide services to NATO, suggesting that companies should “start early garnering the relationships in those locales.” Combining forces with others expands the depth and breadth of a company’s overall capabilities.

“Working with local partners or multi-flag teams is one of the key routes to success for Canadians that want to be successful with NATO,” Montminy says, noting that forming alliances or partnerships with Belgian companies in particular may be a good entry point to the NATO market. “It can bring significant opportunities for Canadians companies and is a great approach to win contracts.”

ADGA Group Consultants Inc., part of a privately owned group of Canadian companies that provide professional services and solutions in a number of areas such as cyber security services, IT project management and systems development, went one step further and acquired a European company, called RHEA. This helps it to tap into the local European market and be more aware—and perhaps more readily considered for—NATO contracts.

Douglas Wiemer, manager of ADGA’s ICT engineering group, notes that since 1992, RHEA has been providing space engineering services and products to the international space community, including the European Space Agency. With headquarters in Brussels, RHEA is an international organization with an established in-country presence in Belgium, the Netherlands, Italy, Germany, Spain, Canada, the U.K. and the Czech Republic.

He says that ADGA’s acquisition of RHEA involved a strategic decision to “acquire an innovative company with strong scientific and professional engineering capabilities and as an opportunity to gain access to European markets and provide better access to existing clients like NATO.”

The ADGA-RHEA Group has become a major provider of professional engineering services and solutions across the aerospace, defence and security sectors, with a particular emphasis on space systems engineering, cyber security, critical infrastructure protection and information technology solutions, Wiemer says. ADGA-RHEA has a history of providing professional engineering services to NATO, he notes, including independent verification and validation services and project management validation and assessments. For example, the ADGA-RHEA Group is providing custom software development services for the NATO Multi-national Cyber Defence Capability Development Cyber Information and Incident Coordination System.

Keeping prices competitive is important when dealing with NATO, Lt.-Col. Bates says, which can be difficult for companies making things in Canada and shipping them overseas. He suggests that leveraging skilled labour from NATO’s Eastern European countries can be fundamental to winning NATO business in that region.

For example, establishing a presence in Budapest offered ATCO an “obvious value proposition to NATO from an economic and geographical standpoint,” Bowes says. “Canadian companies interested in doing business with NATO can be more cost-competitive through alliances with companies in NATO’s Eastern European countries when responding to tenders there.”

SMEs are “certainly encouraged to apply to NATO,” he notes, especially as they are typically hotbeds of creativity and the organization is “looking for leading-edge, innovative companies that can make a difference.” Smaller companies often align with larger ones, and NATO agencies have special events where SMEs can present their products or services. Smaller companies often become subcontractors and have their work incorporated into a prime contractor’s bid.

“It can actually be a good strategy to start small,” suggests Montminy, adding that participating in industry days is a great way for newer players to meet with NATO procurement officials and other contractors, as well to learn about upcoming business opportunities.

Bowes says that smaller companies can be more adept when there are changes in missions, offering creative solutions to sudden problems. ATCO, for example, brought in new hazardous material waste disposal services on the Kandahar Airfield as the need arose. “You have to be adaptable and flexible; it’s a moving target,” he says.

He says that NATO requires a wide range of logistics support for personnel that Canadians could be providing. “You’ve got to feed them, fuel them and shelter them,” he says. “It’s not just things that go bang.”

The TCS is “very adept and competent” in providing assistance on NATO contracts, Bowes says, adding that embassies and high commissions have a lot of inside information that companies can leverage. “When you come to a new part of the world, there’s 101 questions that you need answered very quickly,” he points out. “It’s knowledge, it’s understanding how business is done, who the players are, how do we get registered.”

A Canadian Defence Industry mission on “How to do business with NATO” was organized last year in close partnership with the NATEX, and future ones are being considered for the winter of 2016, Montminy says. These multi-day visits to Belgium and Luxembourg “are great opportunities to get practical information on NATO agencies’ procurement processes and opportunities,” she says, noting that there are also networking sessions and B2Bs organized with local companies. “The TCS can help you find partners and showcase your company through these activities and put you in touch with local decision-makers.”

It’s critical for Canadian companies to dedicate resources and time to the NATO market, Montminy adds. “The opportunities are there, but it is a complex and long process.”