How to bid on NATO contracts - and win

Planning on bidding for a NATO contract? There are a number of practical steps to go through when preparing to bid, as well as strategies to consider and obstacles to avoid.

“The bidding process is very competitive and you have to be able to play the same game as your competitors,” says Gregory Rust, Senior Trade Commissioner at the Canadian Embassy in Brussels, which keeps abreast of sector opportunities and maintains close contacts with Belgian industry players, as well as with Canadian counterparts at NATO. 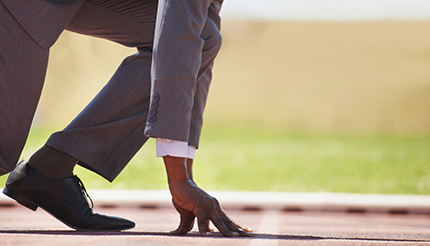 Companies considering bidding on NATO contracts must be nominated by their countries, which puts them on the bidder’s list but does not ultimately oblige them to bid. Competition for contracts has become more intense in present economic climate, says Lieutenant-Colonel Jim Bates, the Canadian National Technical Expert, or NATEX, to the NATO Communications and Information Agency (NCIA) in Brussels, which is responsible for all of the ICT projects the organization undertakes. Whether on lowest-priced compliant or best-value competitions, price is often the driving factor, he comments. Canadian companies are forming alliances with companies from across NATO, especially within the newer member nations.

Lt.-Col. Bates says that as many as 50 to 100 companies may initially be interested in an opportunity but then perhaps just four or five of those will actually put in a bid. The others simply “kick the tires” and stand back, perhaps because they feel that they are not ready, he says, or they become “intimidated by the process and the numbers.”

Keeping an ear to the ground at NATO can be helpful when considering a bid. Lt.-Col. Bates points out that European companies “are here all the time meeting with decision-makers on a regular basis,” and getting a better understanding of the full scope of projects. “They understand the capability well, such that they’re not making any mistakes with their bid that can put them out of the price range.”

The particular procurement approach should influence a company’s bidding strategy, Rust advises. “Strive to meet exactly—and no more than—what has been requested to ensure the minimum requirements,” he says, noting that many companies from competing nations will bid below cost to get their first contract.

Rick Bowes, senior director of business development for Calgary-based ATCO Structures & Logistics, which supplies services to NATO operations in Kandahar and Kosovo, says that it’s important to write a good-quality bid. “As a customer they want to see that we have the capability to provide the service, and that we’re able to do it in a reliable and cost-effective way.”

The fact that contracts are supposed to go to the lowest-cost bidder has “its own challenges,” Bowes says, because there can be some “artistic licence” in the quality of technical proposals submitted by ATCO’s competitors. “Being a Canadian company, we stand by our name, the ATCO brand and providing a quality service in accordance with the customer’s requirements. ATCO stands by its quality of service reputation.”

It’s important to ensure that the service that NATO is looking for is something you can provide, he says. One key consideration for ATCO is the health and safety of its employees when doing what can be risky work. “NATO being a military organization, it conducts operations in high risk regions. These are not vacation destinations,” he remarks.

Bowes, who served for 23 years in the Canadian Army, including in NATO operations, says that while bidding for NATO contracts can be cumbersome and expensive, the same can be said of other organizations such as Canada’s Department of National Defence. Indeed the time-lines for winning contracts can be much shorter than at DND, although the NATO bidding process can go through many stages.

Douglas Wiemer, manager the ICT engineering group for ADGA Group Consultants Inc., which deals with NATO as ADGA-RHEA Group, based in Brussels, says that when dealing with NATO, “companies need to be prepared to monitor opportunities over a long period, maintain client contacts and keep up to date with the current status of an opportunity.”

Taking as much time as possible with your proposal will allow you to be better positioned and prepared. “You have to get in their heads as to what they’re looking for,” Bowes explains. The NATEX can be helpful in assisting with matters such as particular sensitivities and “hot-buttons” that “you're not going to see on a request-for-proposals.”

For example, there might be dissatisfaction with the previous service provider, he notes, and work can be needed quite suddenly, which is “a function of the changing geopolitical landscape,” he says. “You have to react accordingly.”

It can be expensive just to make a bid, Lt.-Col. Bates cautions. A $200-million contract might cost $1-million to bid for, given technical requirements and different elements that are part of the process, but it’s worth it in the end.

“It’s a significant investment and you’re not going to win them all. But you don’t win if you don’t bid,” he says, pointing out that it’s especially important to have as much intelligence and people “on the ground” to ensure you have the best chance.

He suggests that companies make sure to attend events such as the 2015 NCIA Industry Conference that will be held May 5-7 in Madrid, Spain. It will feature high-level defence experts from NATO, the Allied militaries, industry and academia to discuss the latest technological developments.

Companies attending such meetings can learn about and better understand upcoming NATO opportunities as well as meet other companies they might team up with on contracts, Lt.-Col. Bates says. “It’s the only way to do it.”

Canada has organized trade missions to NATO, with one last year involving 30 Canadian companies of different sizes from a variety of sectors. Another is being planned in the winter of 2016 to introduce companies to the NATO marketplace and “companies in the neighbourhood,” Lt.-Col. Bates says.

Those looking for work at NATO should consider a couple of methods that enhance their visibility, what they sell and their general pricing, which can expedite the process if contracts are in the offing, he advises.

For example, most contracts being awarded to Canadian companies by the NCIA come through the Basic Ordering Agreement (BOA). The NCIA created the BOA, which is similar to a standing offer in Canada, to make it easier to match supply and demand, Lt.-Col. Bates says. Any Canadian company can establish a BOA at no cost by simply going to the NCIA website, selecting “BOA” and following the instructions.

To do business with the NATO Support Agency (NSPA) in Luxemburg, which deals with logistics and supply chain projects, companies must be registered, again at no cost, he says. “Being registered means informing NSPA of your service offering, so they can quickly discover what companies in Canada can deliver a particular product or service.”

All 28 NATO nations also use NSPA’s database to locate supply and services, so being registered with NSPA “is smart business,” Lt.-Col. Bates says. “Often NATO operations arise on very short notice and industry is asked to respond on very short notice to requests-for-proposals. We have seen many Canadian companies that have done very well by simply being registered.”

Bowes says that if your company is successful in getting work at NATO, you should make sure you meet the requirements, terms and conditions of the contract, in accordance with the agreed statement of work. Ensure that you bill on time and follow ethical business practices. Such careful actions and attention to detail bring companies like ATCO pedigrees as “reliable, solvent, quality service providers,” he says.

Wiemer says the ADGA-RHEA Group is committed to understanding clients’ needs, with a team of subject matter experts that delivers technical excellence, and solutions that meet those needs, on time and on budget.

“Client satisfaction is always important,” he adds. “In this, NATO is no different than any other client.”