It is one of the world’s hottest economic regions, a group of 10 countries with a collective GDP of about $2.7 trillion in 2014 and a population of more than 620 million that is fast becoming the free‑trade hub of Asia. 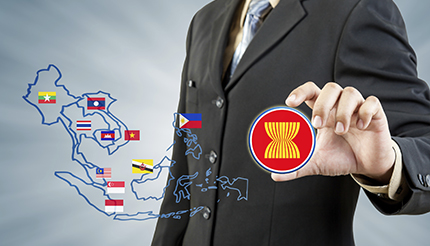 The cost of new infrastructure needed to support this transition—including roads, airports and ports, railways and mass-transit systems, water treatment facilities, power grids, hospitals, schools and prisons—has been estimated at more than $1 trillion through to 2020. For Canadian companies involved in construction, consulting and other services related to infrastructure and its financing, the opportunities in ASEAN are timely, rewarding—and imperative.

“Many of ASEAN’s infrastructure needs can be met through services, technologies and products where Canadian firms excel and have a strong international brand,” says Hugh O’Donnell, Global Practice Lead for Infrastructure for Foreign Affairs, Trade and Development Canada (DFATD), which aligns Canadian capabilities with global opportunities in the sector. “Canada’s expertise in infrastructure is second to none.”

DFATD’s Canadian Trade Commissioner Service (TCS) is doing “outstanding work” in identifying specific infrastructure projects in this priority region for Canada and matching them with capacities among Canadian companies, says O’Donnell. “Now we’ve got to get the companies that are going to execute and carry this work forward to be willing and available.”

With strong links to its well‑to‑do neighbours and plans to become a single market by the end of this year, ASEAN is a region of vast commercial potential, from its burgeoning middle class and ideal geographic position to its relative political stability and impressive trade agreements. The promise of regional integration has also increased international interest in ASEAN as an investment destination.

The dynamic region presents opportunities for Canadian SMEs in a number of sectors, including aerospace, defence/security, agriculture and agrifood, education, extractives, ICT and sustainable technologies. In 2014, Canada‑ASEAN bilateral merchandise trade totalled $18.8 billion, an increase of 10.7 percent over the previous year and of 44.2 percent over the last five years.

The Global Markets Action Plan released in 2013 identified Indonesia, Malaysia, Singapore, Thailand, Vietnam, Philippines, Brunei and Burma as priority countries for Canada in the Asia‑Pacific region. O’Donnell says the TCS is enhancing resources on the ground in the countries and identifying infrastructure opportunities in fields in which Canada is strong, such as hydroelectric and alternative energy, wastewater management, transportation, airports and green buildings.

O’Donnell says that Canada has a long history of infrastructure work in Southeast Asia, dating to the Colombo Plan in 1950. With funding from the Canadian International Development Agency, for example, McElhanney of Vancouver carried out a massive project in the 1950s to survey the Mekong Delta. The company has remained active in the region; for example it is currently using LiDAR (Light Detection and Ranging) and digital aerial photography to allow archaeologists in Cambodia to study the history of the Khmer Empire.

The Cambodian government is also using the technology for watershed mapping and forestry management, says Francisco Goncalves, president director of McElhanney Indonesia. He notes that Canadian companies are “well-regarded and well-received” in the region, and the infrastructure they have been involved in there lasts. “We should take advantage of that.”

Although there are many infrastructure projects ahead in ASEAN, “the needs way surpass the funds to do the work,” he comments, adding that procurement also takes governments a lot of time to plan and execute in the region. “Companies need to get established here and be prepared for long‑term projects.”

Infrastructure in Asia has been a popular topic of conversation in recent months, such as with the creation of the Asian Infrastructure investment Bank (AIIB). While it is not clear what role the AIIB will play in the region’s massive infrastructure challenge, it is a clear indication that the sector is attracting global interest.

The Canadian government is working on strategies to help companies get infrastructure‑related contracts in ASEAN, O’Donnell says, such as working closely with international financial institutions like the Asian Development Bank and World Bank to find out where they are planning to invest in projects that might present opportunities. “You can’t wait for a bid to show up on a website, because by then it’s probably gone,” he advises.

Canada has strengths in areas such as infrastructure development that are helpful in the region, particularly our experience in working with delivery mechanisms such as public‑private partnerships (known as P3s or PPPs), says Mark Romoff, president and CEO of the Canadian Council for Public‑Private Partnerships, a national organization that works with all levels of government to enable greater adoption of the P3 approach.

“Canada is recognized around the world as having a very impressive track-record in this space,” says Romoff, whose organization promotes Canada’s innovative P3 approach to infrastructure development, with an increasing focus on emerging markets. “There is a real opportunity for Canadian companies to look beyond our border and export their expertise into markets where there are P3 projects that are going ahead.”

Canada is supporting a number of initiatives in ASEAN, including in the Philippines, Indonesia, Singapore and at the regional level. These projects help ASEAN countries to establish the legal and regulatory framework necessary and to prepare commercially viable P3 infrastructure projects that will attract international bidders and private sector financing. Romoff says that through Canada’s support of the APEC PPP Advisory Panel, ASEAN countries have the opportunity to meet with Canadian P3 experts and learn about Canadian P3 models that today are recognized globally as “best in class.” This helps ensure that P3s are developed with a strong framework that includes competition, transparency, fairness and a good pipeline of projects capable of attracting Canadian companies and the wider international community to get involved in them.

“Canadians aren’t internationalists by design,” Romoff points out, and exporters and investors will feel more comfortable exploring opportunities in ASEAN that have the level of rigour and discipline that they do at home. Canadian companies need to understand the ASEAN procurement markets, he notes, and identify good local partners to work with that know the culture and regulatory framework there.

O’Donnell says that many Canadian infrastructure companies are unaware of business opportunities in ASEAN and are “preoccupied” with working on the transit systems, airports and highways underway here in North America. But he warns that they should be careful not to focus solely on nearby projects, which could be short‑lived, while leaving Southeast Asian opportunities to competitors flooding into the region, for instance from Europe. “We can’t afford to overlook ASEAN.”

He acknowledges that companies often need “deep pockets” to pursue work that is far away and undertaken in complex environments, but with time and persistence they will see a healthy return. SMEs can team up with larger firms as well as ASEAN partners. They are also prime candidates for ASEAN infrastructure work because they offer unique solutions such as clean technologies as well as professional and consulting services “with the Canadian brand.”

Sean McDonnell, vice‑president international of Ottawa‑based CPCS Transcom Ltd., says that companies like his are “niche players” in the region. The professional services firm does early-stage planning and feasibility analysis of infrastructure projects, especially ones in developing countries involving PPPs, and is currently working on several projects with the PPP Center of the Philippines.

McDonnell says that there is “good scope” for SMEs in ASEAN, for example engineering firms involved in specialized areas such as the design of railways, ports and airports. “There are opportunities there, but you have to look at it on a country-by-country and sector‑by‑sector basis.”

He says that ASEAN is a growing market. “For the most part, as countries get wealthier, they are building more infrastructure,” he remarks. “There is going to be demand there for decades to come. Canadian cities aren't growing nearly as fast as many of the cities in the developing world.”

He cautions, however, that such countries by their nature are currently “infrastructure poor,” which can also make it frustrating to work there. Cities such as Manila have “very little effective mass transit,” he says. “The traffic situation is absolutely horrendous.”

ASEAN presents additional challenges, from its regulatory complexities and heavily relationship‑based culture to its fragmented markets and increasing competition. O’Donnell says that most ASEAN countries “unfortunately end up way down the list” in terms of the ease of doing business, because of factors such as governance, corruption and intellectual property infringement. Although the region is taking steps to streamline and strengthen laws and regulations, “this isn’t Toronto or Montreal, it’s very, very different,” he comments. This makes it important for companies to get assistance from the TCS to “ask the tough questions” ahead of time. “Companies really have to have their wits about them before they get on the plane and go over there.”

O’Donnell says that after doing such research, it’s important for companies to get out to the region, “otherwise you’re wasting your time.” The TCS offers excellent assistance there, opening doors and identifying the right people to talk with. Trade commissioners also know about funding details and timeframes, as well as long‑term visions and strategic plans for projects across the region. This can help companies going there for one job pursue additional work.

“Our trade commissioners are invaluable in that equation,” agrees Romoff, adding that companies especially have to invest time and resources, build credentials, partner with trusted local companies and be present on the ground in the region.

“You can’t sit in Canada waiting for projects to develop,” he adds. “If you're not there at the beginning, you won’t be there at the end.”