How to get engaged with infrastructure projects in Southeast Asia

It is among the world’s most massive infrastructure builds, yet for some Canadian companies it may also be the best‑kept secret. Billions of dollars in projects are planned or getting underway to create and upgrade booming Southeast Asia’s transportation corridors, energy networks, water and wastewater systems, social institutions and more.

The Canadian Trade Commissioner Service (TCS) is bringing infrastructure opportunities now on the horizon in the 10 member countries of the Association of Southeast Asian Nations (ASEAN) into focus—and helping Canada’s pioneering SMEs to pursue them. 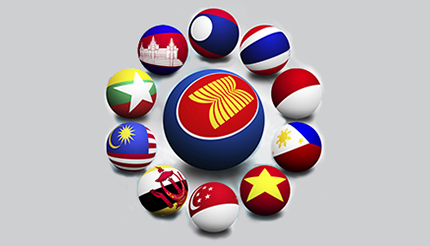 “We are there each step of the way,” says Marc Lemay, deputy director of the Infrastructure Sector Practice in the Trade Sectors Bureau at Foreign Affairs, Trade and Development Canada (DFATD), which supports infrastructure‑related companies looking for business abroad. “Canada has a lot of great innovative solutions for infrastructure; the challenge is to get an opportunity to show what they are and to position Canadian companies to take advantage.”

The Infrastructure Sector Practice is an information hub for the TCS, which looks to match infrastructure opportunities around the globe with Canada’s sector capabilities and interests. It works in collaboration with private sector networks and the TCS in Canada and abroad to support all aspects of the Canadian infrastructure industry, including companies associated with interior/exterior design, engineering, construction, architecture and the financing of infrastructure projects.

The TCS is working to bring the potential of the giant ASEAN infrastructure build onto the radar of Canadian SMEs through an awareness campaign. TCS initiatives to support infrastructure companies in Canada and in the region include seminars, business‑to‑business meetings, road shows, sector‑specific events, outreach calls and trade missions to specific countries or in certain sectors. “It’s particularly good for Canadian companies to go and meet the right decision‑makers in state, regional and municipal governments,” suggests Lemay.

Dodjie Fabian, a Canadian trade commissioner based in Manila who co‑ordinates a team of seven TCS officers specializing in infrastructure across the Southeast Asia region, says that it’s critical to make sure that Canadian companies know about and are interested in ASEAN infrastructure opportunities.

“The projects are here,” says Fabian, noting that the TCS assists companies with everything from market assessments to providing a heads‑up on tangible work coming through the pipeline. “There’s money to be made and the time to get involved is now. If companies wait until later, other more aggressive countries and companies will take the lion’s share of the opportunities. Canadian companies may see themselves out of the game.”

Fabian notes that ASEAN represents a “potent block” of potential infrastructure projects, allowing companies that get involved there to potentially find work in multiple places.

He says that a good deal of the infrastructure planned or underway involves expanding and integrating transportation links and networks that move people and goods within or between the 10 countries in the region. This is embodied in the Masterplan on ASEAN Connectivity, which calls for an upgrade of existing infrastructure, the construction of new infrastructure and logistics facilities and other similar projects.

Among the promising examples is a major expansion of the Singapore Mass Rapid Transit system, which is being done in six parts. The rail network is expected to double by 2030, so that 80 percent of Singapore households will be within a 10‑minute walk of a rail station. Fabian says it’s the sort of project where Canada could showcase its advanced capabilities in smart transportation networks. “Singapore is on the lookout for new and better technologies to make the lives of Singaporeans better.”

The Philippines, meanwhile, is rolling out six airport projects, such as expanding Puerto Princesa International Airport, gateway to the province of Palawan, which has numerous natural and heritage sites. Fabian says that with the natural beauty in the area, tourist numbers are almost doubling on a yearly basis. The goal is to incorporate nature into the design of the airport, something that was done in the recent refurbishment of the Winnipeg International Airport, for example.

“It’s something Canada can offer,” he says. “It’s a question of Canadian companies getting involved and engaged in these types of projects.”

Other massive infrastructure projects in the region are related to hydro power generation and distribution, he notes, which is another field where Canada can contribute superior expertise and technology. For example, the planned Nabong 500 KV Substation Transmission Facility will upgrade the delivery of hydropower from Nabong Village in Lao to the Udon Thani border area of Thailand.

Fabian notes that Canadian companies also have a role to play in the planning and financing of infrastructure projects, for example through the use of private‑public partnerships, known as P3s or PPPs. The Government of Canada is supporting PPP centres of excellence in the region, such as those that have been established in the Philippines and Singapore, as well as another under development in Indonesia, as a way to increase private sector investment in infrastructure in Southeast Asia.

Export Development Canada (EDC), Canada’s export credit agency, through its representation in Singapore, provides on‑the‑ground support to Canadian companies planning on or currently doing business in the region. As one approach to succeed in this highly competitive market, EDC recommends that Canadian companies should consider collaborating and working with large engineering, procurement and construction firms established in the market as either a sub-contractor or a sub‑supplier.

By starting as smaller secondary or tier‑2 suppliers, Canadian companies can gradually build on the relationships developed and expand on the experience over time to establish themselves in the market. Once the value of the contracts with Canadian companies have attained a significant level, EDC can help bring financing capacities to the projects, an element often deemed important to the project sponsors when considering the funding aspects of the projects. EDC has significant experience in structuring project finance solutions on a limited or non‑recourse basis for projects that demonstrate sound economic viability. These can be done either on a bilateral basis or in collaboration with other lenders such as multilaterals, export credit agencies and commercial banks.

The Canada‑ASEAN Business Council has identified sustainable technologies for infrastructure as one of the top sectors offering opportunities in the region. The TCS and its infrastructure sector team in the region promote the innovative solutions and synergies that Canada can bring, Fabian says, particularly showcasing airports, intelligent transportation networks, power and green technology, for example.

Canadian firms interested in working on ASEAN infrastructure must:

It can help to establish:

Strategies to tackle the region are critical, Lemay says. He advises companies not to “dive into the market blindly,” but to get to know the local trade commissioner who specializes in infrastructure, “who is probably the most valuable contact you’ll have.” The TCS can help find a reliable local partner and expert who knows the business and legal environment, the local culture as well as specific challenges, he says. “Don’t try to do it solo.”

Other suggestions include learning about the local regulatory system, such as building codes, and getting to know larger companies doing work in the region. Huge projects like the ones in the region require significant up‑front assets, so SMEs are not always able to bid on them. But they can act as subcontractors for larger companies tendering on capital projects, says Lemay, who calls this an “if you can’t beat them, join them” strategy.

“That way you can get your footprint down and get your reputation out in the open,” Lemay says, noting that the most important time to get involved in a project is “as early as possible—even before it becomes an idea. If you wait for the tender opportunity, you're likely to be out of the competition.”

Companies that see a need for a particular infrastructure project can proactively “plant a seed” with the “influencer” or entity that would ultimately undertake the work, pointing out how it should be done sustainably, for instance, and the cost‑savings and efficiencies that might result. They could show that a road’s deterioration means the economy is not functioning as well, and suggest how to fix the problem.

Getting a foot in the door at this “conceptualization” phase could mean you will be invited to do a feasibility study, where you can set out the standards and suggest the quality that should go into the work. You might then move on to help write the project specifications, set up the tendering process, get involved in the construction and even get the contract to do maintenance and after‑care. “Building that initial relationship is essential,” Lemay says, cautioning that “you have to be open to taking risks and getting things going in the first place.”

With the region’s relationship‑based business culture, companies must have people on the ground and remain engaged through meeting after meeting, which can extend to meals and endless conversations about family. “Be prepared to be patient; decisions can take time,” Lemay says.

Fabian says that Canadian business people can be intimidated by the time and effort it takes to build relationships, but it’s a critical investment. “If you don’t have a relationship with a company they will not readily buy from you.”

Indeed, trying to rush things can “open the window to corruption,” he warns, for example businesses can end up paying bribes to “ease or hasten the relationship‑building.” He says the TCS can offer on‑the ground advice, introduce Canadian companies to qualified local contractors, set up meetings, look for potential partners and provide helpful cultural tips.

Lemay notes that some companies moving into Southeast Asia “tend to forget their marketing essentials,” such as getting to know their audience, be it a state, regional or municipal government, which each operate separately there.

Expertise among Canadian companies in one aspect of infrastructure can lead to work in others, he adds. “There’s a domino effect through the value chain.” Canada is known as a significant player in building hydro dams, for instance, which can bring work for Canadian companies in a number of aspects of hydroelectric power installations, including surveying, design, manufacturing, testing, installation and maintenance.