A new way to shop on the Internet

To Benoît L'Archevêque, shopping online should be the same as in a store. The computer should quickly recognize your needs when you state them and recommend products to match, for example, not to mention helping you find the best price and quality. 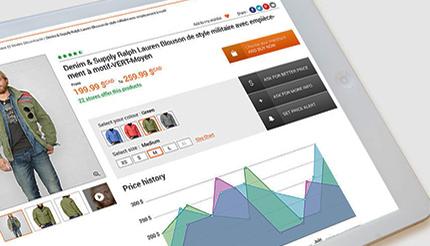 L'Archevêque says the problem is not an issue of customer service but of big data, making sense of the tens of millions of items that online retailers offer. His company, Azzimov Corp. in Montreal, has developed a “product‑centric” search platform that does just that.

With the assistance of the Canadian Trade Commissioner Service and its Canadian Technology Accelerator (CTA), Azzimov has put the technology into use for online shopping in the two largest markets in the world, India and China, and promises to bring it to big data applications everywhere.

“This is the new game‑plan for everyone,” says L'Archevêque, who is chairman and CEO and a co‑founder of Azzimov, a private company that today has 19 employees. “I would humbly say we’re in front.”

With a 25‑year history in advertising as well as expertise in multimedia and the web, he long realized the limitations of Internet search engines like Google, which are largely based on pattern matching.

“The search experience doesn't make sense,” he says. “Imagine using Google in a store context: you say what you are looking for and it gives you a huge list of results telling you it might be there somewhere, with no way to drill down into the data. So you hop from site to site, hoping to find it.”

Amazon and other Internet retailers manually classify their products in categories and sub‑categories, which takes a long time to do and is costly to maintain, ultimately netting only a modest improvement in the shopping experience, he says. “It is virtually impossible to find precise products located near you.” 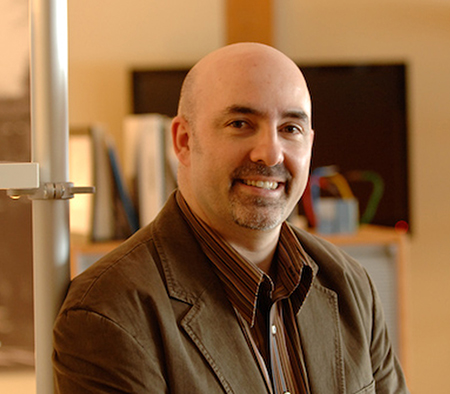 Benoît L'Archevêque, chairman and CEO and a co-founder of Azzimov

L'Archevêque and his team started the company in 2011, based on their knowledge in retail and transactional websites. Their goal was technology that would “re-create the in-store experience online, offering a guided conversation with the user to help them find the answers they are looking for.”

They came up with what L'Archevêque calls a “cognitive system,” which uses artificial intelligence (AI) and predictive analytics to dynamically deconstruct and make sense of millions of data. It attaches meaning to the words for products by making them into symbols, linking them together in context so the user is guided through the data in an intuitive shopping experience. “Azzimov learns and adjusts to you, not the contrary,” he says.

After it was chosen among the top companies in search and new technology in competitions in the Silicon Valley in 2012, Azzimov moved on to commercializing the technology. The effort started in China, where it developed a portal that can be used in applications such as for alcohol sales for China Telecom.

L'Archevêque notes that because it is based on a representation of products as symbols, the technology works relatively easily in any language. Azzimov currently is live in English, French and Mandarin, and there are plans to add Spanish, German, Japanese and other languages.

The company was chosen in 2013 to participate in the CTA in India, a program that helps Canadian SMEs enhance their market entries into India and take advantage of commercial opportunities there. Tina Shih, a trade commissioner in New Delhi responsible for innovation and science & technology collaboration between Canada and India, says the four‑month virtual program provides access to experienced mentors and advisors. There are also introductions to potential clients, strategic partners and investors, as well as assistance from the TCS team in India.

At the end of the four‑month period, companies receive short, focused in‑market exposure to B2B opportunities to help with their international business expansions, she notes. The TCS and its local partners can also help companies who want a longer‑term stay to “find soft‑landing spaces.”

Shih says that Azzimov’s market expansion in India was advanced by the fact that it had “solid experience in bringing its technology successfully to another emerging market” in China. The Azzimov team “took full advantage of the CTA in India,” she says, attending all of the virtual market preparation sessions, keeping in touch with its mentors and contributors, for example, while maintaining “an open mind and lots of enthusiasm, which were very well received by the Indians.”

L'Archevêque says that India is a good market for Azzimov, as a country with a similar culture to Canada’s but “where everything needs to be built.”

The concept of an "accelerator program" is totally appropriate for the CTA, he says. “Everything was fast, efficient, relevant and enabled us to quickly find the right partners for the right reasons and meet key persons in large or small corporations,” he says. “What took us four years to build in China took us six months in India, with the help of the CTA.”

The TCS network “was capable of hooking us up with top-level executives where decisions are made,” L'Archevêque notes. “In these cultures you have to talk to the CEO to maximize your chances.”

It’s also important to be represented by a credible service like the TCS in India and to have a presence on the ground. “If you're not there, there’s no way you're going to be able to develop a relationship. You’ve got to build trust, they’ve got to know you, you’ve got to be part of the family,” he says. “Skype and email are good, but companies are looking for commitment in the relationship, which means time needs to be devoted.”

Through a partnership with an Indian company, Azzimov has built a system called Rupeesaver.com that aggregates a wide range of online shopping websites such as Amazon and Flipkart into one where users can do all of their shopping. Azzimov is paid a fee for each transaction. From this system, Azzimov is creating a second venture, the first online video shopping channel. To be called Buyfy.com, it is scheduled to launch in late 2015.

L'Archevêque says that participating in the CTA in India also helped Azzimov make connections with North American companies there, which have common experiences and goals.

Shih says that Canadian companies are innovative and offer “great technology solutions to address many of the day‑to‑day challenges India faces as the country continues to grow and modernizes.” That said, no business can succeed without creating and managing effective connections, she cautions. “Relationship‑building and management is especially important in Asia—companies are encouraged to build trust, maintain good relationships through frequent in‑market visits and regular follow‑ups.”

Azzimov’s leadership team built on previous experience in China, she says, yet it was also “flexible and open-minded to adjust their course of actions based on the local conditions.”

There is “no shortage of opportunities for Canadian companies looking to expand globally in emerging markets such as India,” Shih notes, although there are also challenges doing business in that part of the world. “The Trade Commissioner Service can help mitigate some of these risks for Canadian companies, by providing information and introductions to the right contacts to help them make informed decisions about their market expansion into India.”

The TCS continues to help the company in the Indian market, L'Archevêque says, with an interest both in Azzimov succeeding in India as well as helping other Canadian companies that have things to sell there.

Azzimov’s site is now live in North America, with a growing number of retailers on board, and even Shopify merchants can easily be integrated on Azzimov, L'Archevêque says. The company is working on a system similar to Rupee Saver for different countries, and has a goal to become the largest search e‑commerce platform in the world.

Find out more about the Canadian Technology Accelerator.