When to go back to the drawing board

Expanding into international markets can bring small companies growth and prosperity. It can also be complex and costly, with entrenched competitors and myriad barriers taxing their time, staff and resources—especially far from home. Getting it right is critical. 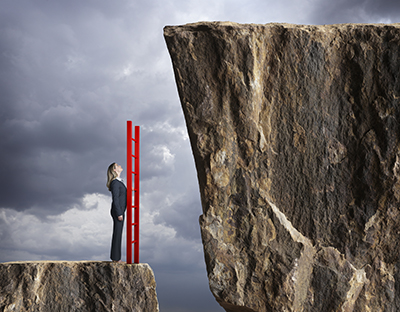 Purkinje Inc., a Montreal firm that makes software for hospitals and medical clinics, learned that lesson first‑hand with the assistance of the Canadian Trade Commissioner Service (TCS). Indeed, after its participation in a TCS event last year, the company suspended a planned move into U.S. medical clinics that could have proved to be its undoing.

“We realized our strategy wasn’t going to work; it was not the right time to enter that market with that product,” recalls Mary‑Anne Carignan, president of Purkinje. “I believe it saved our company immeasurably.”

Carignan says her company has done well in Canada in the fields of hospital information systems and electronic medical record systems for health clinics. They are used anywhere from practices with just one or two doctors to some of the largest community health systems in Canada, with 1,500 simultaneous users at one site, for example.

The technology has particularly been adopted as part of the Canadian Forces Health Information System in military hospitals and clinics, both across Canada as well as in Europe and Afghanistan, and implemented by Lockheed Martin Canada.

Purkinje, which has been operating for 37 years and has 80 staff, is what Carignan calls “an old start-up,” with a renewed innovative and entrepreneurial spirit. It is looking to customize and expand its offerings, for instance with overseas partners helping to enhance its functionality. “We are competing against giants,” Carignan points out. “It hasn’t been an easy road.”

With a goal to find international markets for Purkinje’s unique products, Carignan got in touch with the Quebec Regional Office of the TCS in Montreal early last year. Héloïse Côté, a trade commissioner in Montreal responsible for the life sciences sector, immediately began opening doors for the company in its preparation to go global, suggesting sales strategies, offering ideas for partnerships and making introductions that quickly bore fruit.

“Héloïse has been fantastic for the company,” Carignan comments. “She’s our home‑room.”

Knowing there were plans to move into the U.S., Côté put Carignan in touch with Vincent Finn, the trade commissioner responsible for life sciences based in Philadelphia. In March 2014, Purkinje was invited to participate in the eHealth Innovation Summit, a three‑day event in Philadelphia for Canadian health IT companies looking to make connections in the U.S. health‑care market. It included a “pitch clinic” where companies were critiqued and advised by the trade commissioner and local health‑care experts, and a demo day to which more than 100 health‑care leaders were invited, Finn says. “The goal is to get feedback and advice on each company’s product offering and how best to present its value proposition to a U.S. audience.”

It was there that Purkinje came to the realization that it should not proceed with its plan to launch its EMR product in the U.S., given the overwhelming competition it could face in one market segment, Carignan says.

“It painted a picture that I didn’t want to be part of,” she remembers. “We would have been severely handicapped.”

Finn says that given the level of saturation by similar products in the U.S., “it would be extremely difficult to gain market traction.” He calls this a “fast fail” for Purkinje, after a relatively minor investment. “They got honest and factual feedback on the likelihood of success in the U.S. marketplace, without any hidden agendas. This potentially saved them a couple of years and thousands of dollars, trying to push water up a hill.”

Switching strategies mid‑stream can be difficult for companies, he acknowledges. “But in this case, they made the right—and brave—decision to change tactics and rethink their approach.”

Carignan feels the three days spent at the TCS summit were “well invested,” and agrees that it’s difficult to do an about‑face. “It takes a lot of courage to say ‘not right now.’” Suddenly it was “back to the drawing board,” with Purkinje’s management team focusing on its key strengths and deciding to explore its specialty military hospital applications in the U.S. “We redefined our niche,” she says. “It seems obvious now, but you have a solid footprint in one area, then transfer that same strength template to a foreign market.”

After determining this new “footprint,” Purkinje made contacts and has met with potential partners south of the border. It is now hoping for a significant military sale there. “We have partnered with a major player with the reach we need,” Carignan says, an ethos for SMEs that is as important as finding the right market.

“Small companies can’t always recover from errors, and when the errors are in a foreign place, the risks are multiplied. You’ve got to be smart about every action and what the possible consequences can be,” she warns. “I’m an entrepreneur, so I like to take risks, but I want to make sure what they are, so I do the right things for the company.”

Côté has introduced Purkinje to contacts at a range of government agencies such as the National Research Council in Canada as well as the U.S. Department of Defence, to help the company expand its software applications. She is confident that Carignan will succeed.

“She will start a product to answer a specific need, and she will be the only one to offer it,” Côté says. “Exporting is not glamorous. It’s a lot of risk and challenge. You need to be ready to overcome obstacles.”

Finn says the lesson for companies such as Purkinje is to do research and engage U.S. experts before committing to the market. Finding the “right” expert is essential, he cautions. “Sometimes the so-called experts have a vested interest in companies going to market even if they fail, as the consultants still get a paycheque.”

Carignan remarks that the TCS has been critical in bringing Purkinje through a trying period. “These people are smart and they're dedicated and they understand my business. I feel like they are an extension of my company. They know what SMEs go through,” she says, calling the TCS a “competitive advantage” that can save companies time and money. “People should be shouting about this from the rooftops.”

She’s confident that Purkinje will have a global market once it finds the right niche and partner. “The potential is there,” she says. “We’re going to come back.”