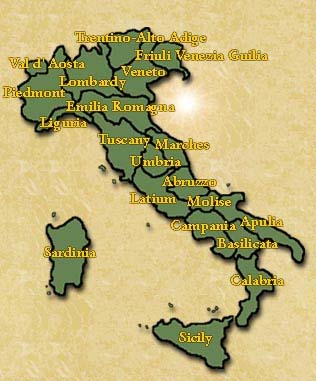 Italy is subdivided into 20 regions (regioni, singular regione), of which five enjoy a special autonomous status, marked by an asterix *.