FinTech company on a fast track to international success

An Ottawa company that uses artificial intelligence to uncover anomalies in financial data has been on a fast track to success internationally with the support of the Trade Commissioner Service (TCS). 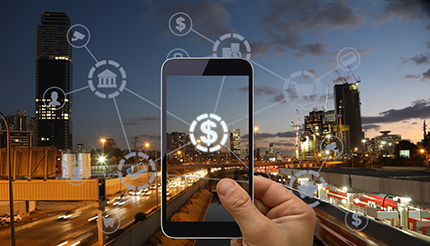 MindBridge Analytics Inc. is participating in a pilot program run by the TCS that dedicates resources to promoting Canadian firms among prospective customers and partners in target markets around the world.

“They’ve been helping us non‑stop,” says Eli Fathi, co‑founder and CEO of MindBridge. An electrical engineer, tech veteran and entrepreneur who has founded or co‑founded seven companies, Fathi was recently named AI Leader of the Year by the Digital Finance Institute, a Canadian FinTech think‑tank.

He says that MindBridge’s AI and machine learning platform is transforming financial applications such as auditing by analyzing patterns to uncover anomalies. The goal is to capture some of the $4 trillion that is lost to the global economy every year due to errors and fraud.

“We’re very excited and people are very excited about our product,” he says. “We can help them understand what’s lurking in data, because right now they’re challenged by its vast amount and complexity.”

He says that “AI has a major impact on everything we do,” but while it has become part of many industries, its adoption in financial services has been relatively slow. “Practical, affordable AI is here,” declares Fathi, who predicts that the technology will automate and improve the functions of white‑collar workers, much as robotics came into factories. “It’s going to be a massive change.” 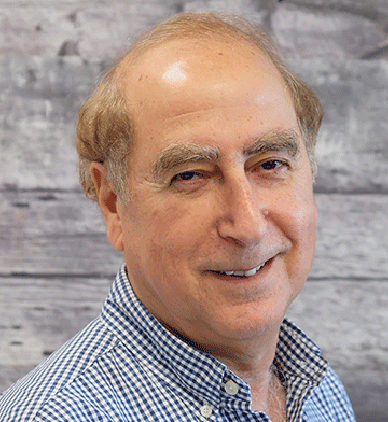 He says MindBridge, which began in 2015 and launched its cloud‑based product in early 2017, already has more than 200 clients in seven countries. It is getting the word out about its product through the fast‑track pilot initiative run by the TCS, which he calls “a strong enabler for Canadian companies looking to scale rapidly on the world stage.”

Under the program, a dedicated account manager in the TCS regional office in Toronto, Todd Barrett, is supporting MindBridge in its multi‑market expansion into the U.S., Europe and Australasia.

Barrett, a trade commissioner who covers the FinTech sector, says one early example of the TCS “value add” has been to co‑ordinate a roadshow for MindBridge across eight North American cities to present its technology to select prospective clients.

He says his role as an account manager “is to take a deep dive with the client in terms of what they do and what markets they’re interested in getting into play.” He then works with trade commissioner colleagues in those places to deliver services. “I’m an extension of the company, to a certain extent.”

The fast‑track program currently involves about 20 high‑potential companies in Canada. “These are not traditional manufacturers of pens and pencils that are going after traditional markets,” Barrett says. “These companies are creating their own markets and disrupting traditional ones. Each has a unique value proposition and technology.”

For example, a product like MindBridge’s “didn’t exist until they created it,” he explains, which is an added challenge for companies to introduce themselves to potential customers and even trade commissioners. His role is to “act as an ambassador,” with TCS colleagues, who are spreading the word abroad.

“Having a company like MindBridge that uses artificial intelligence associated with the TCS and with Canada increases the country’s profile as a leader in AI,” says Barrett, noting that Canadians have a growing reputation in FinTech, which is helpful as companies go global. “The Canada brand is strong.”

The fast‑track initiative “is a new way of doing business for the TCS,” he says. “We’re with the client for the entire journey,” which makes the relationship “less transactional and more of a long‑term role.” He has worked closely with MindBridge to support its priorities and plans for its international strategy, and notes that one of the challenges is how quickly the market and the pace of technology are changing. “You have to be involved knee‑deep all the time.”

He advises companies in the sector to invest in their technology, stay focused on their core business and not get side‑tracked by trends and what competitors are doing.

Fathi says that a challenge for MindBridge is positioning itself alongside larger, more established organizations in the market. Having the backing of the Canadian government and interacting with trade commissioners is beneficial in raising the visibility of the MindBridge brand, “and they know a lot of people,” he says. “The TCS opens doors for us, they make us contacts, they make calls on our behalf, they set up meetings. To have this kind of support gives us huge credibility.”

He says that being part of the fast‑track pilot means getting concierge service from the TCS. “They’re responsive anyway, but this makes it super‑charged,” he comments. “Having a TCS account manager as a single point of contact has meant that the TCS is an extension of our own team.”

Fathi says MindBridge is still in an early stage of its growth. It remains focused on core target markets and is research‑and‑development driven to continue to enhance its platform. The company currently has more than 60 employees, with plans to double that number this year and double it again next year. About 85 percent of its customers are outside of Canada and Fathi expects that number to grow to 90 percent. The company plans to be “IPO‑ready” in 2021, which is a “big audacious goal,” Fathi says. “Between now and then we have to continue to build and scale the company.”

It helps that the country is considered a leader in the technology. “Canada definitely stands out in the world as an AI hub,” says Fathi, and MindBridge is doing its share of promoting AI in Canada. It successfully launched the inaugural IMPACT AI conference in 2018, and it is set to host the event again in Ottawa in May 2019.

Fathi advises others in his field to “build a fantastic team and then let them run with it. You have to select the right people and create the right ecosystem and environment,” he says. “If you have a good product and access to markets, you're going to be successful.”