A Canadian startup looking for an international market to develop its technology might be inclined to stay close to home, given the distance, cost and unknowns of moving farther afield. 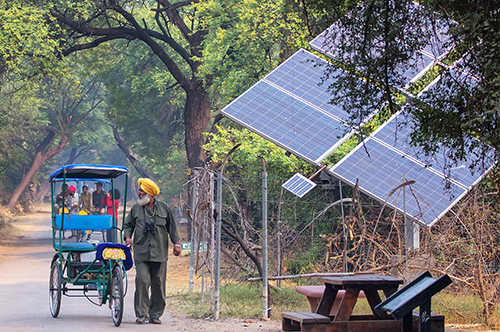 The early stage Ottawa cleantech firm makes artificial intelligence‑enabled software that allows power companies to manage and make optimal use of fluctuating energy levels from renewable sources like solar and wind power in their energy grids. With India’s growth fuelled by an increasing use of such clean energy, and the assistance of the Canadian Trade Commissioner Service (TCS), BluWave-ai has worked out a major deal with one of the country’s largest utilities.

“We are planting the seeds now so we can be a leader in the Indian market by the time things really take off,” says Devashish Paul, CEO and founder of BluWave‑ai. The cleantech firm, which started in 2017 and currently has 15 staff, is continuing its research & development efforts in Canada, with projects underway in a number of places. At the same time, BluWave‑ai is turning to emerging markets in Asia and Africa that are quickly adopting renewables, where they can find potential end‑customers and further develop their technologies. 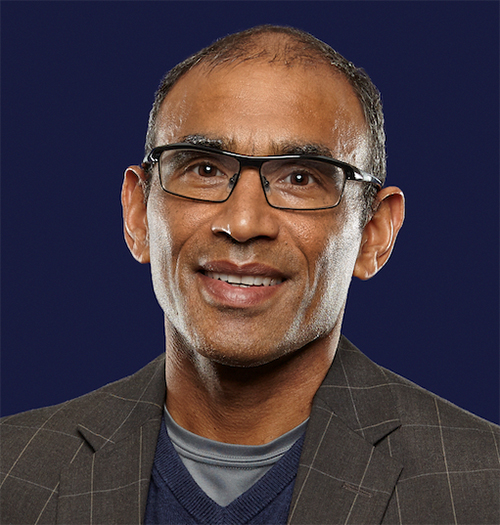 “These countries can jump ahead to more capital‑efficient options than fossil fuels, but they need to be able to manage their renewable sources using technology such as ours,” Paul explains. BluWave‑ai is especially focusing its efforts on India, which he says added more renewable power supply last year than all conventional energy sources combined. “It is one of the few countries on that trajectory.”

BluWave‑ai has participated in cleantech missions to India under the Canadian International Innovation Program (CIIP), a TCS initiative that supports collaborative industrial R&D projects with high potential for commercialization between Canada and partner countries. The firm has also been in close touch with Yasmine Dubash, a trade commissioner who covers the cleantech sector in Mumbai, to find partner companies there.

Indeed, rather than locating a small local utility to work with, the TCS team so far connected BluWave-ai with Tata Power, which is “a global brand,” Paul says. “We were surprised and happy and that’s definitely kudos to them. This is a much bigger entity than a company of our size would normally tap into.” He says that signing the three‑year memorandum of understanding with Tata Power has allowed his company to attract further investment, given the credibility of working with such a large and established utility.

He says that in the early part of the collaboration, Tata Power is helping BluWave‑ai make modifications and enhancements to its AI technology in order to manage the renewable components of its grid and modernize its energy deployment. With a major partner such as Tata, “we have to pace ourselves, because big companies take up a lot of your resources,” explains Paul, who expects the contract to convert into actual sales over the next few years.

One good point about working in India is that it uses the British legal system, with fairly straightforward corporate operations, contracts and the like, he says. “However, you overlay that onto a different cultural environment and quite different ways of making decisions inside companies,” which makes it invaluable to have the guidance of the TCS.

BluWave‑ai has found that it’s important to actually be present in India “and establish contacts with the people locally,” Paul says. “You have to put boots on the ground.”

Craig Downing, director of product management for BluWave‑ai, says the TCS “does a great job of organizing various events and business meetings” with possible customers there, as well as offering market intelligence and doing background work on potential partners.

“It would be very difficult for us to do that without having an agent or representative in India,” Downing says. “As a small company, we’re not at that stage.”

In the time ahead, the company plans to expand its global market further by taking advantage of CanExport, a pilot program of the TCS that gives companies incentives to develop and diversify their sales abroad.

“Every dollar goes a long way,” comments Paul, who feels that the company is meanwhile “definitely engaged” in India. “We have to be there and have our market footprint before the big guys can go and capitalize on it,” he says. “For an early stage company, that’s just part of the deal.”