The Canadian brand is strong for outerwear company

When they took over a Canadian company that makes winter parkas five years ago, brothers Jean‑Philippe and François‑Xavier Robert were determined to increase their products and sales. Today Quartz Co. of Montreal is growing steadily each year. 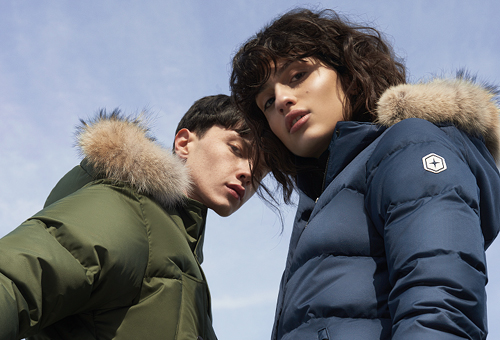 The company was founded in 1997, making heavy parkas for Canada’s extreme weather conditions. Quartz Co.’s coats continue to be made in Quebec with superior‑quality Canadian down. About 60% are currently sold in Canada, “which remains our first market for now,” says Jean‑Philippe Robert, the company’s president, with the rest exported. In foreign markets the key is to point out that the coats are made in Canada.

How did they do it? By diversifying Quartz Co.’s markets to more than 20 countries, as well as vastly expanding its outerwear designs and promoting its qualities as an all‑Canadian luxury brand that reflects the country’s northern heritage. The Canada–EU Comprehensive Economic and Trade Agreement (CETA) has been helpful in Quartz Co.’s burgeoning sales in . And to keep its factories running during the COVID‑19 pandemic, it responded to the demand for personal protective equipment (PPE) by making hospital gowns, with contracts from local hospitals and the and Canadian governments.

“We had to pivot quickly; it was quite a learning curve,” says Jean‑Philippe Robert.

The two brothers have since been joined by a third, Guillaume, and the company has opened two new factories in Quebec to make the garments, with 90 employees. It is also going into retailing, with its first store opening in Montreal. “The shop is on Avenue de Gaspé in the city’s Mile End district”, Robert says, “and the team has put together special COVID‑19 protocols to make sure that people feel good shopping such as the possibility to make an appointment.”

Robert adds that the company’s factories will stop making PPE by the end of the year and are already back to producing coats. It remains to be seen how the pandemic will affect sales this coming season. People are tending to invest more in leisure products those days and those remaining in cold climates over the winter may need outerwear, he points out, but incomes may be down. 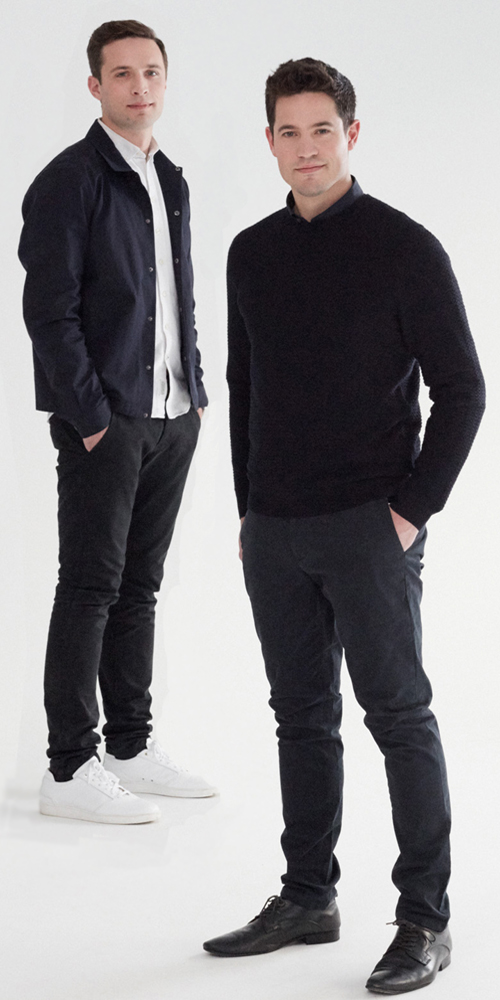 The company’s international surge started with a visit to the Canadian Trade Commissioner Service (TCS) regional office in in April 2016, he says. There the Quartz Co. team met with trade commissioner Audrey Streel to assess their international business development strategy and see how the TCS could help them develop their global market.

“That was our vision from the start,” Robert recalls, noting that just 5 to 10% of Quartz Co.’s sales at the time were offshore, in France and the “We wanted to commercialize the brand and sell it abroad.”

Streel, who covers consumer products, including the fashion industry, remembers that Robert “wanted to tackle many markets at the same time.” The best strategy was to pick just a few key ones and find a distribution partner in each that could sell the company’s outerwear to major retailers there.

The first country they tried was Japan, “and the process was very efficient.” Robert says, with trade commissioner Ruriko Koike in Tokyo screening possible distributors and then calling him in. “That’s a moment I’ll always remember: I get to Tokyo and in the first meeting there are seven people in the room,” he says, noting that Koike also helped him “decode” how that first encounter went.

The fact that such meetings include Government of Canada officials “is a real stamp of approval on my company and its brand. It really makes a difference,” he comments. Quartz Co. picked a distributor in and the successful experience “opened my eyes to what the TCS could do elsewhere,” he says. “With that success in my pocket, I went for other markets as well.”

and followed, with the TCS helping find partners there who have led to retail success for the company. While it finds new markets, Quartz Co. is trying to expand sales in those it’s already in, Robert says. “It’s one thing to get into these countries, it’s another thing to grow the business there.”

The next step is to go greener, with certified recycled materials in its highly technical fabrics. “The sustainability aspect is something we work hard on these days,” he says. “Our garments last forever and look good.”

He advises companies like his looking for foreign customers that “you have to be committed and you have to be ready to travel.” Meeting people out in the market “creates more business opportunities,” he remarks. “It’s an investment but it’s not cheap.”

To help offset the costs, the company has taken advantage of CanExport, a TCS program that gives companies incentives to develop and diversify their sales abroad. Quartz Co. received CanExport funds for travel, translation, trademark registration and adapting contracts for local markets in and .

Robert says that TCS offices in the field have been invaluable for the company. “Trade commissioners are local, they know what’s going on and they can provide a few extra introductions,” he says. The TCS helps organize product launches in embassies and at trade shows.

“The Canadian brand is strong,” he says, noting Quartz Co.’s new lines are more urban, contemporary “and closer to the new generation’s tastes.” Thankfully has been an important market for Quartz Co., which was one of the first companies to take advantage CETA’s elimination of the tariff on garments made in Canada, which was previously 13%. “We delayed one of our shipments to make sure we saved on the duties,” Robert recalls, and “it look as though Europe has recovered better than other places in terms of retail,” as he project that European sales may be particularly healthier in the coming months.