A cleantech company that brings wireless power to telecommunications and other remote applications is finding success around the world with the help of Canada’s Trade Commissioner Service (TCS). 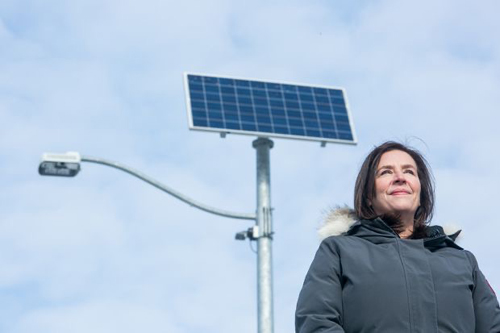 Clear Blue Technologies Inc. recently announced that its smart off‑grid power systems have been selected to power 400 rural telecom sites in Africa, with the potential for follow‑on orders involving 2000 or more sites there. CEO Miriam Tuerk says the deal and others like it represent an important win for the public company over its international competition.

“We’re hitting the inflection point of growth,” says Tuerk, an electrical engineer who co‑founded Clear Blue in 2011. The company launched its first products in 2014 for use in renewable energy‑powered off‑grid infrastructure renewal and smart‑city projects in North America. Today exports represent a growing percentage of Clear Blue revenues, Tuerk says, with projects in 37 countries in sectors such as telecommunications, street lighting, rail, traffic management as well as oil and gas.

The company’s export strategies include looking for potential customers with an appetite for off‑grid power, such as in Africa, where the energy infrastructure is unreliable, cost‑prohibitive or inadequate to handle growing needs. Clear Blue developed myriad pilot projects in Africa over the last several years, Tuerk says, “and we are now winning project after project.” 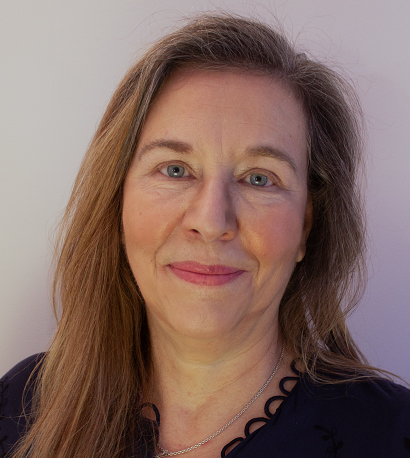 The company takes advantage of resources such as the TCS in such markets because it’s critical to “understand the culture and how people do business there,” she comments. “The TCS Africa team has been strong, getting us introductions, helping us to be present at large global conferences and advising us how to operate.”

Clear Blue has established trusted partners that bring logistical and supply‑chain support, and it benefits from financing and other services from Export Development Canada, Tuerk says, adding that it also helps that its staff of 40 is highly diverse.

She notes that governments including Canada’s are making a push to “connect the unconnected” to the internet, while large companies like Google and Facebook want to increase their users through such expansion. “There’s a lot of money going into this and a lot of momentum happening, and at the ground level we will be the premium power site,” she says. “That’s because in order to have wireless communications, they need wireless power.”

The company anticipates that 10% of its revenues will come from Canada, 30% from the U.S. and 60% from emerging markets. Half of that will be in Africa, says Tuerk, which is “going to grow in the next 20 years the way China has grown,” with a burgeoning middle class, enhanced prosperity and vast demands for off‑grid power, given its lack of existing infrastructure. “That’s the only way to do it.”

The “brains” of devices powered by renewable energy

Off‑grid power has the potential to bring renewable energy to a wide range of devices, from cell‑phone towers to streetlamps and wifi hot‑spots. However, making such equipment run properly on solar and wind energy is critical.

That’s where Clear Blue Technologies comes in. The Toronto company’s products, which control, monitor and maintain off‑grid power systems, are revolutionizing energy delivery around the world, with sales in 37 countries and growing.

Miriam Tuerk, the company’s co‑founder and CEO, calls Clear Blue’s technology the “brains” of devices that use renewable energy. It is designed to improve their reliability, she says, reducing the operating costs of off‑grid systems by 80% and extending their life. The key to the technology is a cloud‑based system that connects the devices to a monitoring centre in Toronto that remotely controls and maintains them.

Tuerk says the TCS is critical to making inroads there, starting with Diana Cartwright, a trade commissioner in the TCS regional Ontario office who covers clean technology, with a focus on renewable energy and smart grid technologies. She has introduced the company to numerous contacts, in collaboration with TCS colleagues covering clean technology around the world.

“It’s about establishing the right partners on the ground that can bring that local content and local knowledge,” Tuerk says, noting that trade commissioners have helped Clear Blue have a healthy understanding of each country and its unique culture. “It’s a different world, and you have to have respect for that. The TCS really helps us do that.”

Cartwright says the TCS support of Clear Blue has been a “team effort on the ground”. The fact that the company has demonstrated its products to potential customers also helps, she says. “Especially with a new technology, people want assurances that it’s going to work.”

There are many global opportunities for remote power that’s inexpensive and efficient, she says, given increased use of mobile technologies. However there is competition in the sector from large international companies, Cartwright cautions. “You have to stand out.”

Tuerk says it’s satisfying that Canadian technology can help the environment and emerging economies, and there is enormous brand awareness and visibility for Canadian companies like Clear Blue. “People like doing business with Canada for sure,” she says, and the country has a “really good name” in fields such as energy storage, renewables and control systems.

Looking towards the future

The COVID‑19 pandemic brought supply‑chain and logistical problems in the early days, she says, noting that government subsidies “were our lifeline”, and Canada has handled pandemic challenges overall. “We can be proud of ourselves as a country.”

It helps that Clear Blue is established in the remote power supply field, says Tuerk, who advises exporters that want to “conquer the world” to focus on one submarket and region at a time. “You can’t go everywhere,” she says. “We want to dominate in the markets and verticals we’re in before we move on to the next ones.”

The company plans to soon tackle areas like security, Internet of Things, automated highways and wastewater treatment, “any infrastructure that requires electricity generation,” she says.

“This has the potential to be a billion‑dollar company,” Tuerk says. “We have the platform, now it’s all about execution and scale.”