The luxury home being constructed out of spruce, pine, fir, western hemlock, western red cedar and yellow cedar from British Columbia might not get much notice in a high‑end subdivision in Canada. But the Canadian Wood Villa that has been rising in a housing development outside of Hyderabad, India, is certainly turning heads. 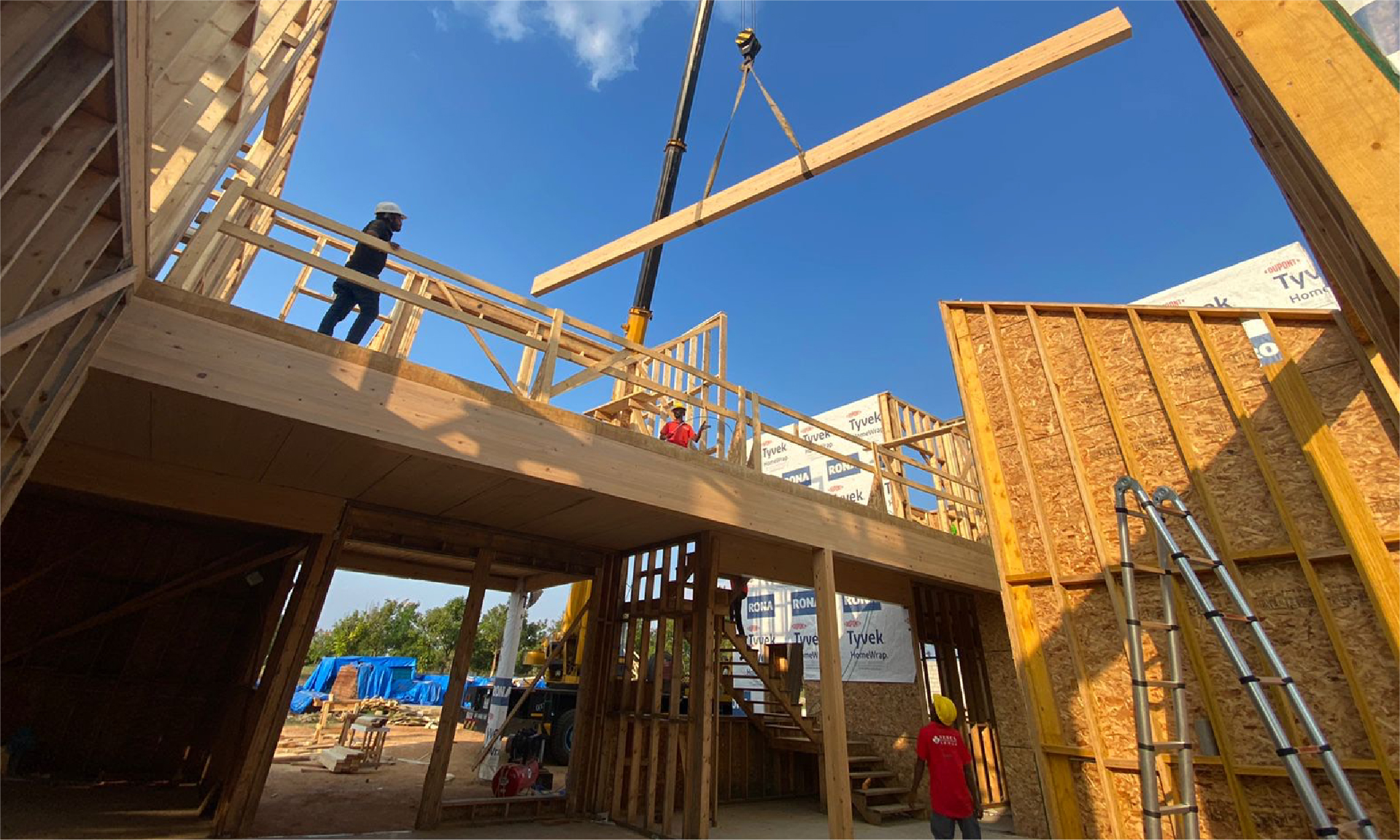 Made entirely using Canadian wood species and engineered‑wood products instead of the concrete used in most Indian residential construction, the 6,000‑square‑foot structure is the first of its kind for the country. In collaboration with BC’s Forestry Innovation Investment Ltd. (FII) and with assistance from the Canadian Trade Commissioner Service (TCS), developer MAK Projects Ltd. plans to build many more homes like it.

“We’re importing wood from Canada because we want to buy from a legal, sustainable and reliable source,” says Dr. Nawab Mir Nasir Ali Khan, Managing Director of MAK Projects. He notes that Canada’s responsible forestry practices and the greener and more healthful properties of wooden homes are a winning combination. “Wood is a natural product, so one is living in nature. And wood is biodegradable, recyclable, reusable, eco‑friendly and carbon‑negative.”

The company is currently working on the newest phase of its 250‑acre BTR Greens community near Hyderabad, in southern India, which includes residential properties as well as recreational and cultural amenities. The first two phases so far have included 300 homes, while the third will have up to 700 luxury villas, which are planned to be built out of Canadian wood. 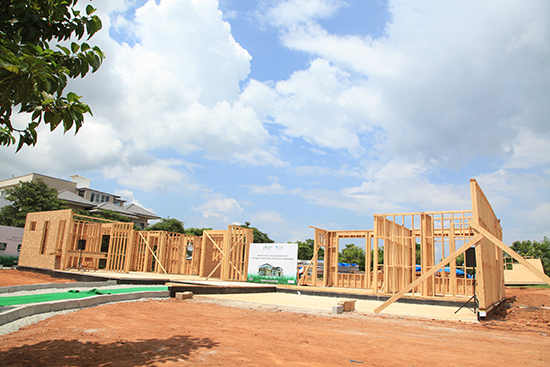 A high‑profile demonstration project to construct the first of the homes began in October 2021, with the two‑storey Canadian Wood Villa expected to be finished in February 2022. FII, a Crown corporation of the BC Government headquartered in Vancouver, is collaborating on the pilot project with technical support and sourcing of Canadian wood. It also arranged a Canadian architect and structural engineer experienced in wood construction to complete a technical review of the project. And FII is offering on‑site technical know‑how as the building goes up, Khan says. “For us, this is a learning experience.”

The plans for the Canadian wood development came together with the involvement of Vikram Jain, a Trade Commissioner in Hyderabad. At a networking event at the IndiaWood show in New Delhi in 2019, he helped put MAK Projects in touch with senior leadership of FII, which works with industry and the Government of Canada to help maintain, create and diversify global markets for Canadian forest products.

“We work closely with the Trade Commissioner Service team,” says Pranesh Chhibber, Country Director of FII‑India, known as Canadian Wood. He says the meeting with MAK Projects soon led to a suggested tour of BC by a team from the developer to look at wood houses that were under construction in Kelowna and Whistler.

Chhibber says India is a fibre‑deficit nation and imports around seven million cubic metres of wood annually to meet its needs. Though it has a longstanding wood culture, most of the wood is used in applications such as furniture, doors, windows and mill work. Building with wood is a niche activity and a recent phenomenon.

He hopes the Canadian Wood Villa project will further add to the “buzz in the market” for certified wood from the sustainably managed forests in Canada. The key is to promote the wider use of lumber and engineered-wood products, which creates jobs in Canada as opposed to logs simply being exported from there. Seasoned, graded and sized Canadian wood lumber (sawn timber) brings an advantage so that “builders don’t have to waste time and effort sorting the wood,” Chhibber says.

He also notes that Canada is “by far the world leader in sustainable forest management and certification,” which has an appeal in the Indian market. “Architects and developers are keen to know about building with wood.”

Vikram Jain, who works at the TCS office in Hyderabad, says the Canadian Wood Villa and subsequent premium homes that are planned to be built at the BTR Greens development will offer a major showcase for Canadian wood species and wood‑construction expertise.

“Interest in wood has been gaining strength here,” says Jain, noting that there were dozens of media reports when the demonstration project was launched in October. Attention is expected to surge when the home is finished and unveiled to the public in 2022, he says, adding that MAK Projects is highly committed to using wood in the overall housing development.

“They are super excited,” he says, adding that a “marquee project” like the Canadian Wood Villa bodes well for the Canadian forestry sector in India. “Canada has a very, very positive image all across this country,” he explains, especially as it has a reputation for protecting the environment and ensuring the sustainability of its wood products.

Khan says the TCS has added “very high credibility” to the relationship between MAK Projects and the FII. He points out that homes can be made out of wood much faster than concrete, taking perhaps six months compared with two years for concrete, which must be cast and cured on site. Concrete is also environmentally damaging to produce, given its components such as water, sand, steel and cement, with the energy needed to produce it contributing to climate change. “We are part of an industry that produces a lot of carbon emissions. We want to do our part toward reducing global warming,” Khan says.

Buildings in India were once widely made of wood but that practice declined as the supply of forest products in the country dwindled, he says. There are countries that are closer and cheaper sources of forest products, but MAK Projects appreciates the quality and sustainability of Canadian wood, Khan adds. “It’s a highly trustworthy source.”