When BlueKanGo Canada started operations in late 2019, it had plans to conquer the Canadian market for business‑process automation, beginning in settings such as hospitals and medical clinics. But the software‑as‑a‑service firm’s ambitions didn’t end there. 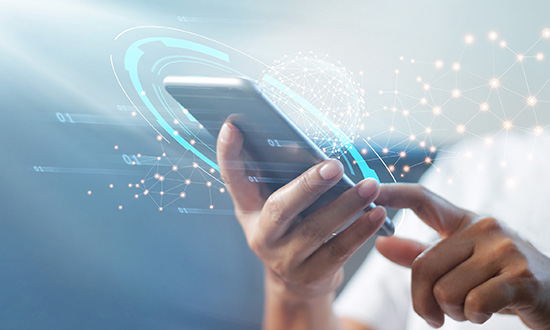 BlueKanGo saw Canada as a good place to develop new sectors for its digital platform and to export it all over the Americas. With the onset of the COVID‑19 pandemic and a lot of ground to cover, the Montreal‑based company refined its focus and has hit the ground running in strategic markets around Latin America, with help from the Canadian Trade Commissioner Service (TCS).

“The TCS really changed the game,” says Pedro Villagran, the Vice President of BlueKanGo Canada as well as a partner in the company.

BlueKanGo manages business information found on computers, smartphones and tablets in real time, creating workflows, sending alerts and performing business management processes in areas such as quality, human resources and logistics. It replaces traditional office tools that collect, track and monitor such details with a secure, scalable and customizable digital platform. This can be used in public institutions as well as companies large and small, and it is currently available in seven languages. 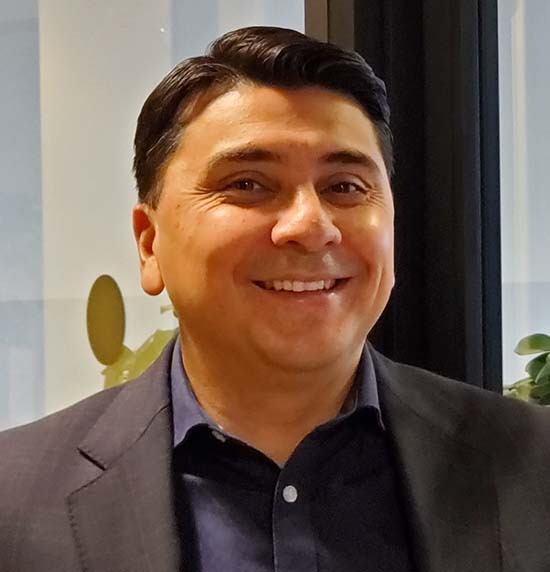 Pedro Villagran, Vice President of BlueKanGo Canada as well as a partner in the company

The original technology was developed by BlueKanGo in France, which three years ago formed an independent Canadian subsidiary, also known as BKG Software Canada Inc. Villagran, a former clinician, quality director and hospital auditor in Canada and Latin America who is a native of Chile and speaks Spanish, says the Canadian company adapted the BlueKanGo technology platform and business model. BlueKanGo Canada has vastly expanded since then, with a staff of 20 today and plans to continue hiring. Within five years, it expects to have 100 employees and more than $10 million in annual revenue.

Villagran says by next year, 60 percent of the private company’s business will be in Canada and 40 percent in the rest of the Americas. By 2024 he expects the ratio will be 50‑50.

With the health‑care industry as its primary focus, the company is also targeting the construction, agri‑food, aviation and manufacturing sectors. It also has demand from other fields such as banking, Villagran says. “If there is an opportunity for us, we’ll jump in.”

BlueKanGo’s journey to exporting its solution outside of Canada amid the COVID‑19 crisis took Villagran to online resources like LinkedIn and webinars that introduced him to the TCS in early 2021. Stéphanie Beaudry, a Trade Commissioner in the TCS’s Quebec and Nunavut regional office who at the time covered the enterprise software solutions sector, helped BlueKanGo hone the sectors and markets on which it should focus.

“Their target was so wide,” recalls Beaudry, who is now part of the TCS’s Montreal‑based information and communication technologies (ICT) team, covering startups, fintech, cybersecurity and quantum technology, while Trade Commissioner Elise Laferrière is responsible for enterprise software solutions. At the time, Beaudry helped the company to “identify where we could have stronger chances of results,” both in terms of markets and sectors, and she contacted Trade Commissioners in target countries in Latin America who could help.

Beaudry then suggested that BlueKanGo join a virtual business delegation to the region in October 2021 organized by Alexander Leon, a Trade Commissioner in San José, Costa Rica, whose responsibilities include ICT, and Regis Batista, a Trade Commissioner in Santo Domingo who also covers ICT in the Dominican Republic. BlueKanGo was additionally suggested as a potential participant in the event by the exports and internationalization counsellor at Investissement Québec, who introduced the company to Leon.

Trade Commissioners identified qualified contacts for BlueKanGo, facilitated introductions, and arranged meetings that were “very successful,” says Leon, especially given the company’s export‑ready status, its ability to present itself professionally and its price‑competitive products.

Having one‑on‑one meetings with firms in foreign markets that are hand‑picked by Trade Commissioners is helpful for Canadian entrepreneurs, he says. “These are companies that we have been dealing with for quite a long time now and that we know are doing business in different sectors. So that’s an added value that we give.”

Batista says it helps that BlueKanGo has a good solution, as well as the fact that the company and its products are flexible and adaptable. He says many smaller companies from Canada face challenges in Latin America because they lack knowledge of the corporate culture there.

“Canadians are way too used to doing business with Americans,” he says. The pace of conversations is often different in the region, Batista notes. For example there can be a high degree of informality. “You have to be pushy sometimes,” he tells clients, such as following up emails with calls.

Beaudry says Canadian firms must identify countries where they have more growth potential and be able to say why companies there should work with them. “I’m not surprised BlueKanGo already has success, because they were committed to the leads and the markets that we introduced them into,” she says.

In Costa Rica, the company has signed contracts with two companies that provide telecom products and solutions to the country’s institutional market. In the Dominican Republic, it is speaking with a chain of clinics interested in using its platform, Villagran says. Countries in the region where it has sales so far include Guatemala, Costa Rica, Chile, Colombia, Peru and Mexico.

The decision to market the technology in Latin America and the U.S. from a base in Canada “came naturally,” Villagran explains. “We wanted to create a strong business case here.” There are now plans to develop a branch office or offices in Latin America and possibly the U.S.

Villagran appreciates the “major input” he received from the TCS to narrow the company’s focus. The TCS also brings a “stamp of approval” to its dealings with potential clients in the region, and Canada has a good reputation there overall, he adds.

Having Trade Commissioners on the ground in foreign markets promoting BlueKanGo throughout their networks is also “very useful,” he says. “They know people that we couldn’t know…It’s a perfect match.”

The company focuses heavily on follow‑up with prospective clients, and it assigns staff proficient in Spanish to focus on particular Latin American markets. Villagran advises companies looking for business in the region to employ such a dedicated approach. “Otherwise, you’re going to keep digging and digging and you’re not going to find any gold, because you don’t know that there’s gold there.”

The company has gotten an “explosion of contracts” recently, with an even greater take‑up of the digital platform as the pandemic has drawn attention to the importance of its technology, he says.

Challenges as BlueKanGo Canada expands include the different taxes, processes, regulations and business culture country by country, which Trade Commissioners in the field can also help with, Villagran adds. “It’s a whole world to discover.”